Australian brewers continued their success at the UK's prestigious International Beer Challenge as Edge Brewing Project followed in the footsteps of Redoak and Hawthorn Brewing Company in collecting major trophies. The Melbourne-based gypsy brewer entered three of its beers in the competition for the first time, collecting two golds and a silver. Founder Adam Betts (pictured above brewing in Denmark recently) headed over to the trophy presentation dinner this week and discovered the final round of judging had bestowed the trophies for Best Lager Under 5 percent ABV and Brewer of the Year – Oceania on his company too.

The beers that impressed the judges were the first beer ever brewed by Edge, the highly rated Cool Hops lager, recent addition Cereal Killer red lager, and SHIPA, which stands for Southern Hemisphere Imperial Pale Ale. The two lagers picked up golds with Cool Hops collecting the lager trophy too.

Adam says he was "pretty shocked and excited" on awards night, especially as the decision to fly over was a last minute one.

"I entered to put our beers out there, see how they travel and compare them in an international playing field with top breweries across the world," he says. "I guess the experiment has been a success!"

Over the years, Edge (initially a joint venture with Denmark's Beer Here but now Adam flying solo) has brewed at many breweries both here and in New Zealand, but now brews most of its beers at Hawkers (Australian Brewers Guild) and Red Duck in Ballarat.

"The switch to Hawkers and Red Duck definitely has a big impact on our business and products," he says. "Finding a few key breweries we can work in with long term, that don’t restrict our brewing methods but give us the freedom and mutual respect, is vital to our business plan and success.

"The real key to us has being brewing the right beers on the right equipment. To have a few breweries at our disposal, which all are very different equipment and brewery wise, has its positives and negatives, but the overall picture is really coming together now after a few years of brewing at many different breweries and putting the pieces together. Regulary brewing on different equipment, though, really does add to the excitement for me, and is a great excuse to travel also!

"We produce our lagers and hoppy beers at Hawkers, and couldn’t ask for better equipment; the quality coming out is really stunning. Red Duck produces much smaller batches, so we use their equipment to brew our big and experimental beers; it's a very hands on brewery with basically no automation, so is one of my favourites, personally, to brew on." 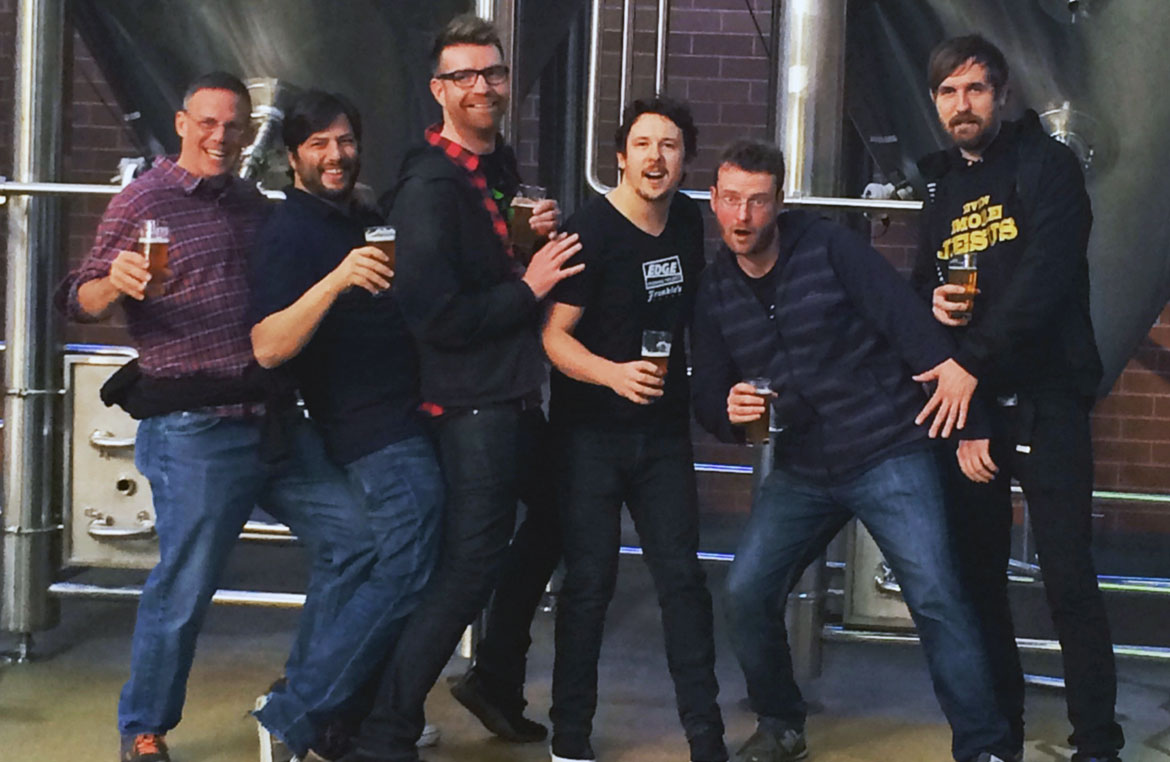 While in Europe, he managed to squeeze in a brew with former sparring partner Christian Skovdal Andersen at Beer Here, and he hopes to bring some of the beer back to sell in Australia. It is merely the latest collaboration for Adam too; earlier in the year he was part of the five-way collaboration that made up Good Beer Week's World of Beer Masterclass (pictured above, with Adam third from right) alongside Hawkers, KAIJU!, Baird Beer (Japan) and Evil Twin (USA), all of whom, bar Hawkers, Adam distributes via Northdown Craft Beer Movement.

As for the future for Edge, he says: "I guess it means we will start exporting very soon. As we don’t filter or pasteurise our beers – we bypass this equipment if the breweries have them – refrigeration is key. We have always cold stored all our warehouse stock and the next step is to send refrigerated containers overseas, filled with Edge and a couple other Australian microbreweries which are leading the field.

"Exporting was always in the pipeline, but looks certain to happen before the end of the year now. And hopefully the independents in our local market will further start supporting and stocking craft beer, knowing our market has come along way and is up there amongst the best."

You can view the full results from this year's International Beer Challenge here. Redoak, Hawthorn and Macarthur Grange were the other Aussies to collect medals. 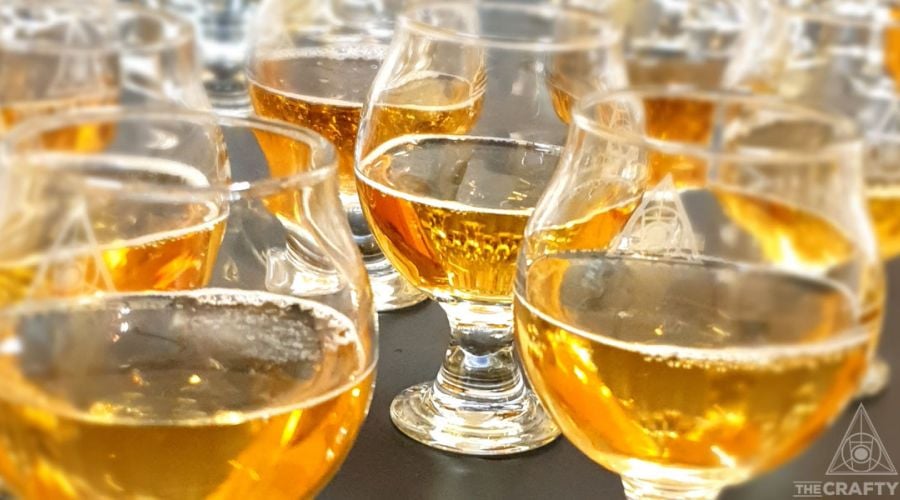 Help Us Get Blind: Lagers

Lagers have been making a comeback in recent years and it turns out it's more than half a decade since we last put them to the test in a blind tasting. Want to help us compile a list as we do it all over again? read on