It's not easy to bring something new to the Australian beer landscape now that it's populated by hundreds of breweries and you can find quality venues with rotating tap lineups in country towns. But it's fair to say Dollar Bill Brewing have managed to stand out from the crowd from the moment they first appeared.

For one, the first ripple they sent through the industry came in the shape of a funky, barrel-aged, hopped cider. Then, when they were ready to bring their first beers to market, they started out with the sort of styles many drinkers only advance to after years of exploring: barrel-aged blends inspired by the lambics of Belgium. Better still, the beers were brilliant, knocking drinkers sideways and, despite their very limited release, flying into the upper echelons of our Best New Victorian Beers list.

The family-run venture launched by Fiona and Ed Nolle from their home in Ballarat has hardly put a foot wrong since. The barrel-aged blends and fruited farmhouse ales have continued to impress palates wherever they've landed; their first "core range" beer, Learning To Breathe collected a trophy at the 2019 Indies just weeks after release. And they've stamped their distinctive personalities onto a local beer world that's been eager to welcome them.

Add in a background that takes in one of the country's leading winemakers going by the nom de plume "Attorney at Large" Miguel Sanchez, a label designer who's also responsible for an entire country's currency, regular runs from Melbourne to Ballarat with freshly-filled barrels, plus a portable Quarter Bar (25 cents in a dollar; 25 taps on the bar) and this isn't your typical brewing company.

Indeed, while the Nolles might have brought Ed's beers to market late in his brewing career – he and Miguel had been homebrewing together for almost two decades before the first bottles hit retailers – they've arrived in a space many would regard as the cutting edge of brewing today.

Upon launch, their grand plan was to add a small cellar door to their Ballarat property where they could share their innovative beverages on a working farm that showcased permaculture, sustainable and minimal impact practices – not to mention a lot more spontaneously-fermented beer. But, as ever, life and local council throws the odd spanner your way and they’ve had to park the “garden of beer” part of the project while they search for an alternative site.

Not that any of that has had any negative influence on their beer which just keeps getting better; indeed, 2021 saw them hit a new high as they collected the Champion Australian Beer trophy at the Australian International Beer Awards for their Gold Teeth peach wild ale.

As for the brewing company name, it tips a wink to Andy Warhol, Smokey And The Bandit and Wu-Tang Clan (you're as likely to talk Pharcyde as fermentation with Ed and there are listening suggestions on the labels). It also comes laced with a hearty dose of irony; no one who started out making 300 bottle batches of beers four years in the making has "getting rich" top of their list of life goals.

Taken together, it's a potent package for anyone interested in the history and future of beer, or who enjoys seeing good people making excellent beer and having a great time doing something they truly love.

The family behind Dollar Bill Brewing is hopeful they'll be able to open their unique cellar door experience in spring 2020 after reaching the advertising stage for their "Invermay Beer Farm" in Ballarat.

Ballarat is a city with a fine heritage when it comes to beer and brewing. It's one that continues today, where pioneering experimentalists rub shoulders with blenders, brewpubs and classic boozers.

Dollar Bill's dream of opening a cellar door in Ballarat won't be turning into reality after the local council rejected their planning application. But the brewery's founders are already working on plans for what's next.

Dollar Bill proved hugely popular winners when they took out Champion Australian Beer at the 2021 Australian International Beer Awards as the beer industry gathered en masse again after missing out in 2020.

For Victorians, 2021 was for too close a carbon copy of 2020 for comfort, but there were beer highlights aplenty. Here we look back on a year of great beer, close shaves, and brave leadership that shone through the lockdowns. 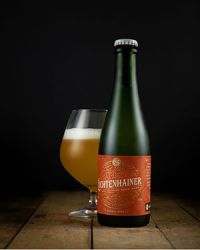 When it comes to beer and cider releases, you could never accuse Dollar Bill of not following their own path and this core range beer, introduced into their lineup in 2022, is a perfect example of that. Even with so many beers across myriad styles being so frequently released in Australia, Lichtenhainer remains a rarity, with the German ale's unique combination of smoke and sour not often brought together locally. Dollar Bill’s take on the historic style sees the brewery use oak-smoked wheat and… Read more
Golden Yellow 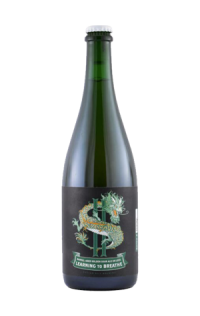 Release first core range beer. Check. Win prestigious national trophy. Check. Dollar Bill were never struggling for friends or fans in the beer world from their earliest appearances. But they secured critical acclaim in 2019 when Learning To Breathe, a barrel-aged golden sour that's designed to be the beer they'll keep releasing, scooped the Champion Mixed Culture Beer title at the Indies. It's more restrained than some of their more grandstanding affairs, such as the years-old Grand Cru blends,… Read more
Golden Got a canning line in for the day, may as well put four barrel-aged and wild ales into them, eh? You can't knock Dollar Bill for efficiency when it comes the Storm Series – four 440ml cans with themed names and artwork almost too good to be used on such short run limited releases – or indeed for having all manner of funky projects underway at their Ballarat blendery to pick from. Taking them on in the order in which we shared them, Tranquility is a hazy golden, sour, barrel-aged and dry-hopped… Read more
Red 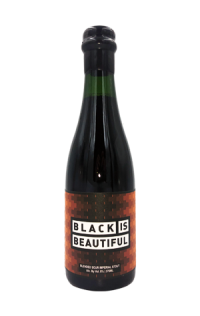 The Black Is Beautiful project was kicked off by Texan brewery Weathered Souls earlier in 2020. It's a global collaboration in which breweries were invited to create a beer based upon the same stout recipe to raise awareness for injustices faced by people of colour as well as funds for related causes. Ballarat's Dollar Bill were one of the Aussie brewers to get involved, taking the Weathered Souls' blueprint and shooting it through with their unique DNA to create a blended sour imperial stout. The… Read more
Dark Brown 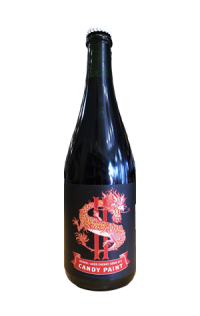 Candy Paint is the second Dollar Bill release to come bearing the dragon-wrapped dollar sign of their trophy-winning Learning To Breathe and another that's been some time in the making. Technically, it's a two year barrel-aged pseudo lambic rested on sour cherries, but in the flesh it's rather more flamboyant than those words suggest. For a start, there's the vibrant crimson colour – one as bold as any you'll have encountered in a beer – and then there's the character: this is liquid alive with… Read more
Red Brewer's notes: Wild-fermented cider made from a blend of Granny Smith, Pink Lady and Packham pears, dry-hopped with US and Australian hops, matured in French barriques. Hop driven citrus fruit and piney resin blend with acid and funk in this complex farmhouse cider. Ready to drink now but will cellar well for several years.… Read more
Pale Yellow Brewer's notes: Summer Parlay 2020 is an Australian wild ale brewed by Dollar Bill fermented with indigenous yeasts from Pinot Marc and blended with spontaneous fermented ale. It is then aged for 12 month in French barriques before bottling.… Read more
Golden