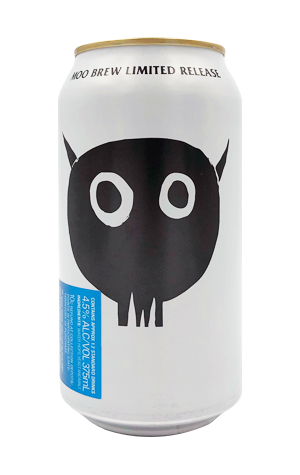 Back in Prehistoric times (well, 2012, anyway, which is pretty much another era in craft beer terms), Moo Brew added a fifth beer to their core lineup. Belgo was a Belgian inspired ale that combined complexity with an approachable 4.5 percent ABV. As is pretty much always the case when breweries add a traditional Belgian (or British for that matter) beer to their core lineup, it didn't last that long before being quietly ushered into the knackers yard, albeit to be occasionally wheeled out in limited release fashion.

As the decade draws to a close, Moo are back with another Belgian Pale Ale, weighing in at the same ABV. I'm not sure if it's the same recipe, but it certainly offers up plenty of subtle complexities, as you'd expect from careful use of an estery Belgian yeast strain. Dive in and you'll find fruit cake spices, aromas of baking bread, white pepper, lemondrops, and a dryness that runs right through the palate. A rusty-hued number that's a real rarity these days.

It's also worth mentioning the associated promotional campaign: the search for a Belgian Pale Male. Jens, what a champ... See what I mean here.