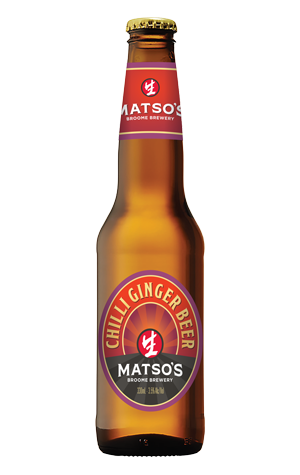 If you've sampled Matso's Ginger Beer, you'll be aware it packs plenty of punch for a beer at mid-strength weight (or any weight, for that matter). And, if you've tried their Chilli Beer, you'll be aware it steps things up a notch or three on the impact front, with the cayenne chillies hitting hard and fast and sticking around. Now imagine the two in tandem...

That's essentially what you have here, a beer that could easily see the unprepared knocked sideways by chilli aromas as intense as the straight Chilli Beer before they've even taken a sip. The ginger adds to the prickle, while the sweetness from the Ginger Beer is present, albeit powerless to stop the fire in its belly going to work on your senses.

It's a bonkers beer, particularly when you consider it's just 3.5 percent ABV, one for those people who can take on a hottest curry challenge without breaking a sweat or anyone looking for new experiences, whatever shape they may take.