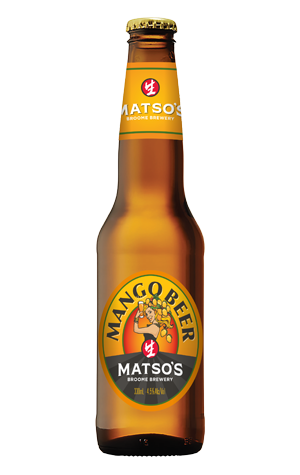 In these balmy, barmy days in the world of beer, where seemingly nothing is off limits for brewers and drinkers and "tropical" finds its way into the description of a huge number of beers, it kind of puts Matso's into a fresh perspective. Not only that, but with fruit being added to all manner of beers, from sours to IPAs, what was once seen as a quirky outlier in the Tropics feels rather closer to the pack in terms of the beers upon which it made its name.

Of all of the beers to bear the Matso's name over the years, the Mango Beer is perhaps the one that sits closest to the current zeitgeist; sure, it's not sour or a hazy IPA, but it is tropical and full of mango. It kicks off with sweet and juicy mango puree aromas on the nose, while underneath is a simple beer designed to do little more than hold this fruity quaffer together.

A tropical beach drink if ever there was one – for those moments before you're ready to hit the cocktails in coconuts.