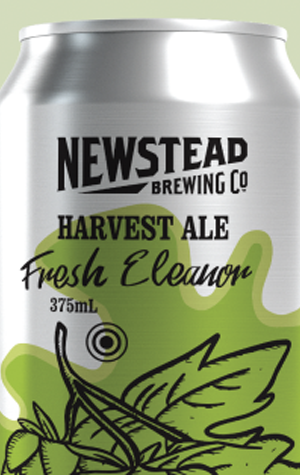 Most breweries that brew a fresh hop beer have their hops delivered by cold courier – after all, they need to brew with them within a couple of days of them being harvested to reap the benefits of using fresh hops. So, when Newstead Brewing was told there had been a logistical mix up and their Galaxy hops wouldn’t be delivered in time, there was a tense moment: had they missed their opportunity. But, if you know the personalities there, they’ve never been the sort to be easily defeated.

It may sound like a road trip movie, but what happened was two of the Newstead brewers travelled from Brisbane to the Victorian hop fields to bring their bounty home in person. They rented a car, loaded up their 100kg of fresh Galaxy cones, and made the long journey north, stopping only for a brief nap near Sydney. Within 28 hours, they delivered their delicate cargo to the brewery.

The resulting beer is a light and fruity treat. The pale malt bill and neutral yeast have created a blank canvas for the hops to paint their picture of fresh cut grass, smooth passionfruit, and some melon on the fadeout of a beer that's clean on the palate and oh so sessionable.