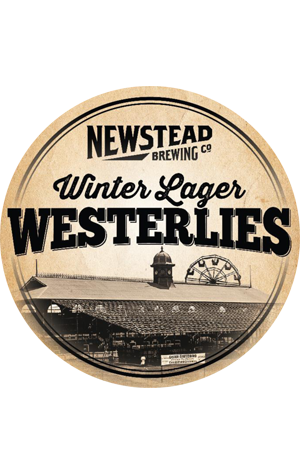 As winter returns, so does Newstead's winter seasonal lager. Like 2016's release, the 2017 Westerlies is a Schwarzbier (dark lager) that eschews any New World temptations in favour of old fashioned line and length.

Thus, there's a combination of pilsner, crystal and biscuit malts to give the beer its dark brown hue and, so we're told, "subdued toasty flavours, hints of coffee and chocolate". On the hop front, it's an all German lineup – Magnum, Hallertau and Tettnang – that serve up "spice and mint".