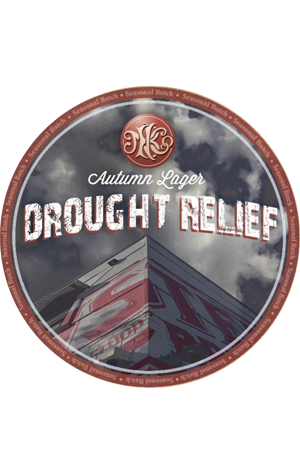 Four times a year, Brisbane's Newstead Brewing releases a lager – a different one each time. Their most recent summer version was Cyclone Season, a hoppy, bitter take on the pale lagers out of Dortmund. For autumn, they've cranked up the malt and hop profile to create Drought Relief, which they're calling an American red lager.

That means lots of caramel and biscuit malts to lend the beer its darker colour and some sweeter malt flavours, as well as a sizeable load of hops to create a "solid hop kick". The brewers reckon it's something of an Old World meets New affair, with the beer lagered (kept conditioning in tanks) for an extended period like traditional lagers then given a punchy American hop twist via the use of Citra alongside the more old school Hallertau.

Just 10 kegs in circulation so if it sounds like your thing, don't dally...

And a handful of other beer venues