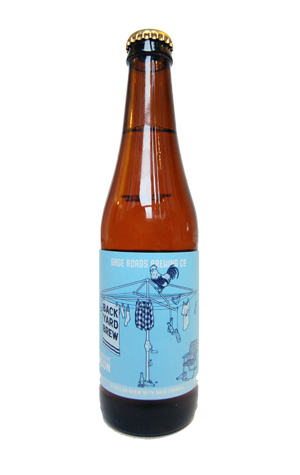 Thanks to the backing of Woolies, Gage Roads has gone in the past few years from small WA startup to the state's biggest brewer by volume. Yet for its latest limited release batch it's shining a light on brewing's grassroots. For its "Backyard to Bottleshop" venture, the brewery invites home brewers to compete for the right to have their recipe brewed on a large, commercial scale and sold nationwide.

The 2015 contest invited entrants to come up with the perfect summer beer and the beer chosen was a saison brewed by Dale Carroll. Says Gage Roads brewer, Aaron Heary – one of the judge's that sampled the entries: "We’d tasted a lot of beers by the time we got to Dale’s, but his was like a lightning rod. I was immediately transported back to sunny summer days, feet dangling off the back of a boat, wiling the day away without a care in the world."

Thus Dale's Saison was born, given the full brewery treatment and sent out into the world in eye-catching pale blue livery complete with Hills Hoist. The beer ticks summer quaffing boxes while also packing enough to interest more saisoned (sorry) palates too: from sniff to swallow, you'll find sweet lemon and citric elements, sweet, bready malts, some peppery spice, a touch of acidity and a dry finish. Nice work, Dale!

On tap and in good bottleshops around WA

Outside WA, all sales are being directed through BeerBud