Where does the time go...? After rebooting the Beer Basics series with Molly Rose founder Nic Sandery late in 2020 – and with the best of intentions to run articles in the series every few weeks – more than six months have passed between hops and water. But better late than never, hey?

You can check out his articles to date – on malt and hops – or crack on to find out about more about the ingredient that makes up the vast majority of the beer in your can / glass / bottles: water. The way it's handled has a rather greater impact on beer than you might expect...

Water from special sources has long been touted as having mythical healing powers, and walking through the water aisle in a supermarket or at a service station you could be forgiven in thinking the myths still exist. There is water from all around the world and each is “more pure” than the next.

While water is technically H2O, what we drink from the tap or from a fancy bottle is not pure H20 but has small amounts of different chemical compounds like calcium, magnesium, carbonates, chlorides and sulfates, which in different amounts change the flavour and even texture of our water. Now, if these compounds change the way bland old water tastes then you would imagine they can have a large effect on such a complex drink as beer – and you would be very right!

The mineral content of brewing water also plays a huge role in the biochemistry – chemical reactions between the ingredients – of the brewing and fermentations process so, not only will the right water profile accentuate preferred aspects of a particular beer, but it will also minimise off flavours and maximise efficiency.

I won’t be going into the biochemistry of brewing water here for fear it might get a bit dry [Pun intended? – Editor]. We will describe some famous brewing waters from around the world, however.

These destinations have long histories when it comes to brewing and, over time, have modified their brewing techniques and recipes to most suit their local ingredients – of which we now know water is vital. To make great versions of the beers listed below, many brewers imitate water profiles from the home cities of the beer.

The higher levels of bicarbonates (hardness) of the water in these famous brewing towns could make for harsh, grainy beers if they were not accounted for. Luckily, dark and roasted malts help to buffer the impact of bicarbonates and therefore, over the centuries, Dublin and London have become famous for their stouts and porters!

If anyone has ever ranted to you about water chemistry or brewing lagers they will have mentioned the classic Czech pilsners from Pilsen. The water in this part of the world is free from almost all minerals and salts and it turns out this makes for a delightful base in a clean, smooth, malty lager with spicy hop notes.

Chances are that if someone ranted about the water in Pilsen then they mentioned Burton upon Trent, the home of pale ales. The mineral content of the water in this English town is through the roof, particularly in sulfate ions, which are now known to accentuate hop bitterness and contribute to a crisp, dry finish in beer.

People fell in love with the pale, hoppy, bitter beers from Burton upon Trent, leading to them becoming the most popular beer in the UK in the 19th century. In the 1880s, the volume of beer produced in this small city was double that of London and it was all thanks to the qualities of the well water in the town.

These days, the process of adding sulfate to brewing water is known worldwide as Burtonisation, while the town's football club (or soccer team, to use the local parlance) is known as the Brewers.

Example: Worthington's White Shield is the only Burton-upon-Trent beer I've ever spotted in Australia but it doesn't seem to be around anymore so you may need to make a pilgrimage to the town itself for the genuine experience

Much like the water in Burton upon Trent, San Diego has hard, mineral-filled water. This has more than likely played a part in the evolution over the last 30 years of the classic West Coast IPA: a pale, dry and extremely bitter and hoppy beer.

Recreating The Beers Of The World

As modern brewers, we are lucky we don’t need to sail around the world with large water tanks and bring back the most divine brewing waters for our latest brew. A quick Google search will give you the mineral composition of the most famous (and least famous) brewing cities in the world.

By treating our tap water, we are able to reduce it to a clean slate and then add back exact amounts of each mineral, both in the mash tun with the malted grains and also in the kettle where the wort is boiled to achieve the desired mineral content and thus the accents of malt or hops you are looking for.

The main salts used are Calcium Sulfate (CaSO4) and Calcium Chloride (CaCl2). Adding extra sulfates into a beer like a saison will help the brewer achieve that minerally, dry, crisp finish or accentuate a hop bitterness in an American pale ale. Adding extra chloride and sodium ions into a NEIPA can help accentuate that sweet, plush, pillowy mouthfeel,

Refining brewing water for a specific recipe is, in my opinion, one of the most key elements that can turn a good beer into a memorable beer. You can chose all the best hops and malt in the world but, if the water isn’t right, then the beer will never be as good as it could be.

You can check out the rest of the Beer Basics series (which we promise will become more frequent!) here. Photo at the top is of Lake Bled, in Slovenia, just because it's pretty and is full of water. 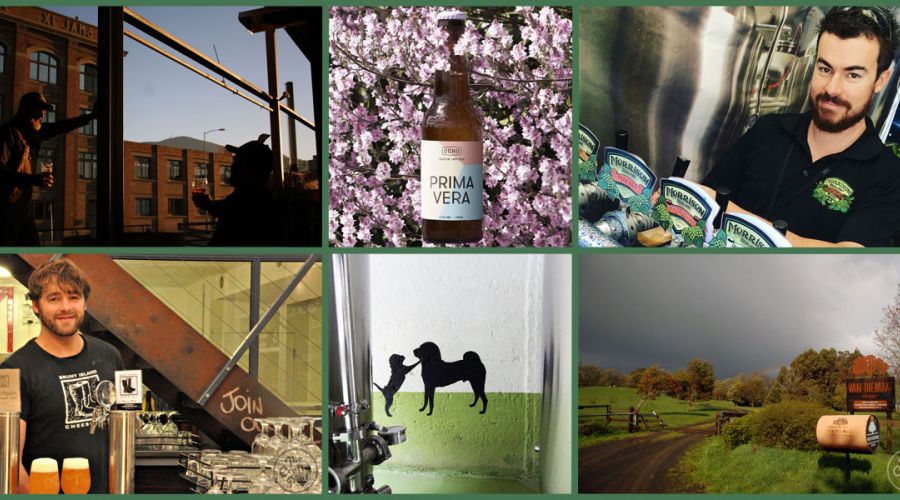 It's time for the fifth of our seven roundups of the Best New Beers of 2016. This time, we head south to the state that's enjoyed huge recent expansion in the number of brewing companies, even though half a dozen hog this year's list. read on Storyteller Spinks is off on another meander through the Northern Hemisphere. In his latest update, he calls in on two of the craft brewers of Istanbul and discovers the issues facing Aussie brewers pale in comparison. read on