Turning eighteen has given the team at Feral an opportunity to reflect on the brewery's history, and future – something which has also been wrapped up in a new Brewpub Series beer.

While much of the Feral story was covered in our Hop Hog At Ten article, Guy Southern sat down with general manager Rob Brajkovich and marketing manager Bronte O’Donoghue about the milestone, the legacy of key contributors, and plans for the future now the last of the founding members has moved on.

In the years since the 2017 sale to Coca-Cola Amatil (CCA), brewery co-founder Brendan Varis and longstanding sidekick and innovation brewer Will Irving have left the business. However, as they mark reaching legal drinking age with a West Coast IIPA that's very much a "Feral" beer, the new leadership team remain aligned with the culture they've inherited.

Given he built and guided Feral over more than fifteen years, Brendan’s impact is still potent, and you can feel it. Quotes are recited back, and stories told as if someone was about to walk into the room. It's clear things were fought for, and decisions made, which may not have made the best commercial sense – or at best were part of an organic evolution – however, it was this bullish instinct that shaped Feral and, more than almost any other local brewery, modern Australian beer.

And, while Brendan is no longer part of the immediate Feral business, beer works in mysterious ways: an old friend now guides the brewery.

“We’ve known each other for about eighteen years," GM Rob Brajkovich says. "One of my cousins went to school with Brendan, played hockey with him, and growing up in the Swan Valley we were there for the opening of it.

"We were out there every Friday for beers, and I had my 21st there.”

Prior to taking on his current role, Rob worked for Lion, Asahi and CCA, a CV that, in tandem with the personal relationship, has given him rare insight across the industry and all things Feral.

“Feral was a really good mum and dad business that grew organically," he says. "It wasn’t a place, like [many brewing companies] now, where you’ve now got investors and exit strategies from the get go; this wasn’t that.

"This was a business that was delivering beers on the back of an old ute to local business like Clancys and the Scotto.” In homage, the birthday beer can art by Dipesh Prasad (above), who picked up a Perth Royal Beer Awards trophy for his work on Feral's Dirty Biggie this year, features Brendan’s handwritten delivery notes from 2006, as well as Feral White – look it up, folks – Greg the Goose, and conjoined sibling brewery Nail’s logo. The last of these appears to stabbing a Feral pig, in a sharp, laughing elbow of a relationship between Brendan and Nail's John Stallwood that borders on the brotherly.

When asked whether Brendan has tried the anniversary beer, the pair reply with respectful, if slightly nervous, laughs. It almost seems like kids in the kitchen, yet it’s worth noting this is the first Feral beer designed and brewed by the entire brewery team.

“No," he says to the original question, "but it’s one which we are making as to an ode to everything: him, his wife Gab, Will, the brewers, and everyone that’s been part of the this; all of our consumers over the years.

"It’s a celebration and a thank you beer, so I hope he likes it!

“Obviously, when Will was out in the valley, making his Brewpub limiteds, he had complete discretion to make whatever he wanted, but what we love about this one is it’s everybody.”

Marketing manager Bronte Donoghue, who's been a key part of the Feral team for a number of years now, adds: “The artwork is very much about what got us to this point, and the liquid, and the team behind the liquid. is where we are going.”

The West Coast IIPA was designed around Brendan’s beer travels in the US, and his love for the West Coast IPA style, something which hasn’t changed, along with his personality.

“While he was in quarantine in Sydney, he organised for a cube of War Hog to be dropped off at his hotel," Rob says. "And he sends me a message saying the seams are leaking, the batch codes are blah, blah, blah. And five minutes later he sends a message that he was fucking around, because he knows we would’ve have been stopping the canning line. He’s still a shit stirrer!”

The birthday beer has also given the team a chance to reflect on recent history, not least around the dominance of hazy IPA styles, and in particular Biggie Juice. For a beer whose recipe was written by Will Irving in less than five minutes, their East Coast IPA now makes up around 60 percent of Feral production.

“I remember sitting in a meeting in March last year, and being asked what we thought Biggie would do once we canned it," Rob recalls, "and I said maybe the same amount as Feral White and the Smoked Porter, and we did that in the first month!

"Even up until three or four months ago, it’s been catch up from the launch. The response to Biggie has just been phenomenal.”

Paradoxically, it’s this growth, plus the unique challenges of 2020, that have muted Feral’s innovative leanings, but this is an area in which the brewery team is keen to refocus.

“We are going to get the brewpub kit running again, but it’s literally come down to COVID, and the pub closing for a time," he says.

"We also don’t want to run out of anything for our major retailers, and indie bottleshops, and major pubs, as hospitality is just coming back. As the guy leading the business, I had to make the call that I could take one of our brewers and send them back to the valley for five weeks to get the kit back up and running, but if that’s gonna mean that we are out of stock of Biggie Juice for two weeks, I’m going to piss off a lotta people if I do that.

"The good thing is that we are getting to a point where I don’t have to choose one or the other soon, we can just do both again.”

On top of the activating the brewpub kit upon which the Feral legend was built, smaller fermentation tanks and a centrifuge are be installed at the production brewery in Bassendean to help enable creative releases, something Bronte says the buzz around the birthday beer will further encourage.

“We made this solely going through the direct business channels, and turned this beer around from concept to creation in three months, so we are still really agile at this size of production, which is the one of the most important things for craft.

"It takes six weeks just to get cans in, and there’s artwork, and recipe testing. We have a strong NPD [new product development) pipeline for next year, which is a mix of old and new Brewpub releases, and barrel series, and we had one for this year but obviously COVID happened.”

More broadly, the milestone birthday has highlighted that, while they're a national brand and exporting to Asia, Feral’s home remains Western Australia.

“The last seven months have been crazy, for everybody," Rob says. "We’ve been so lucky in WA, and our business is 70 to 80 percent in WA, so we’ve been very lucky to be flat out. And then you’ve got things like other breweries getting hacked, which put demand on our business, it’s been crazy.

“To be honest, we feel like we are still scratching the surface here. Craft is hyper-local by its nature – people want fresh, and they want it from down the road.”

"Down the road" may become a lot closer for Perth drinkers too, as medium term plans are in place for a new Feral venue. For now, however, the Swan Valley brewpub, the place that started it all and which will have played a role in so many Aussie beer lovers' journeys of discovery, remains open.

Even now, after making countless trips there over the years, turning off the Great Northern Highway onto an ageing, low shouldered road, past the vines, and over the ochre gravel-fringed train track hump, one can’t help but feel a little part of Feral too.

We've also been lucky enough to secure three prize packs of the limited release beer – each featuring a case, tee and stubby holder – for members of our beer club, The Crafty Cabal. Head here to enter the ballot or sign up if you're not yet a member.

And, if you’re in Sydney on October 29, you can ask Brendan in person if he enjoyed the beer at Royal Albert Hotel’s Meet the Founder event. 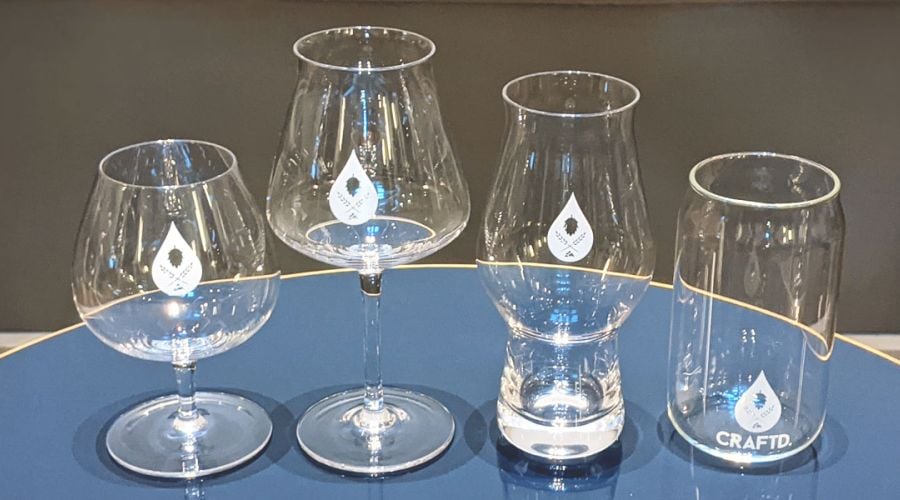 Craftd brought stylish glassware to many beer lovers' homes. Now, the company is reborn after a pair of mates in WA bought the business from its founders and relaunched it with a new look range. read on You can find breweries off the beaten track in Australia these days, but few, if any, in as remote a location as Beaten Track itself. For our latest Who Brews? we find out the story behind the Boulder brewery six hours drive inland from Perth. read on 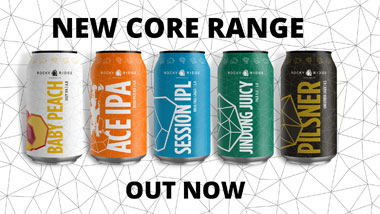