Hop Hog. Watermelon Warhead. Boris. Tusk. Biggie Juice. All exemplary and highly sought after beers and all from the one brewery. And that's just some of Feral's best known offerings.

You could add the likes of Karma Citra, Razorback barleywine, the Dark Funk and Funky Junkie sours that were pouring at the Swan Valley brewpub long before all but a miniscule number of Aussies realised such beers were a thing, B.F.H. (Barrel Fermented Hog), the Cognac barrel-aged King Brown, or the experimental Swanambic – a spontaneously fermented ale they allowed us to showcase at a Melbourne Food & Wine Festival event the best part of a decade ago.

In short, Feral have created a lot of fine and forward-thinking beers in their decade-and-a-half-and-a-bit of brewing – the original Tusk is likely to have been Australia's first IIPA when first released way back in 2003, for example, while the recent iterations have been used to drive conversations around freshness.

And, of course, they continue to create fine and forward-thinking beers, with Will Irving (sadly, his name isn't really Will Feral or, indeed, the 13th Duke of Wybourne, despite the similarity in appearance) responsible for the ongoing innovation at the original Swan Valley brewery.

Up until the sale to Coca-Cola Amatil (CCA) in 2017, the main man at Feral was co-founder and head brewer Brendan Varis, a genuine trailblazer and brewing genius who kickstarted the business with Feral White, a Belgian style witbier, but really shook up the local beer world when he started brewing beers inspired by his experiences in the US. In many cases, they featured higher hopping rates and packed more flavour than anything local drinkers had come across, making a visit to the brewpub something of a pilgrimage for the country's earlier adopters of craft beer – particularly before their beers started to become available on the East Coast.

While still involved in the business, he spends rather less time at the brewery than when he was building it across the first fifteen years, with Will – the crap sales rep he trained up as his second brewer – increasingly becoming the face of Feral as well as driving new product development.

His role at the brewery – and within the wider WA beer scene – goes beyond mere brewing, however. He's an arch wearer of short shorts, one of the wittiest raconteurs you could wish to spend time with, and enjoys a flourishing relationship with Greg the Goose (which you can follow via his Instagram page).

So, as we reach the last three days of this Advent Calendar series, we hand the reins to the man entrusted with keeping the spirit of a brewery whose beers tore up the rules for brewing in Australia and has delivered more incredible beers than any one brewery has a right to do.

I’d have to say Biggie Juice. To watch something incubate in the brewpub, outgrow it and then become one of our biggest selling brands was/is a very proud moment.

Also, I’m not sure if this is a highlight, but the sale of Feral was a bit of a game-changer for me. On one side, it was great to see my mentor and good friend BV rewarded for all the hard work he had put in for the last fifteen years. On the other side, I was unsure what the future looked like.

Luckily, things worked out and we are happily the same group of like-minded idiots making beer.

The sheer number of new breweries out there. I remember not too long ago at the AIBAs I would know most of the people in the room. Now I find myself googling who won champion brewery.

It’s very healthy, but almost too healthy. Less of an amethyst-infused water enthusiast and more of a F-45 weekend warrior.

It’s all well and good to push it but at some point something has to break. Ten years ago, shelf space for local beer was barely a thing and with the amount of competition out there now it may be a just as hard to get ranged.

I’m not sure if we are at a tipping point yet, but I don’t think it’s far away.

Apart from pushing innovation with Feral, it would be starting a family with my very tolerant and beautiful wife, becoming a lawny and working hard on my dad jokes.

For Scotty Hargrave to don a wig to hide that bald head of his. 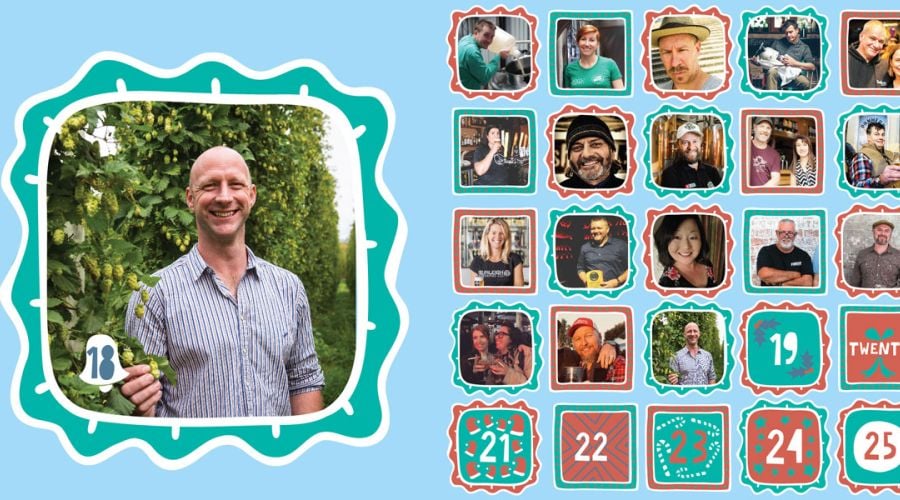