When Daniel Venema launched Ornith Brewing in 2018, he hoped at some point he might be able to leave his regular job behind and move to brewing full-time.

In the end he didn't even had to wait for his first beer to be served for hopes to become reality. That said, it wouldn't be Ornith that took up most of his time.

As he was setting up his gypsy operation, Daniel was approached by Steve "Hendo" Henderson, of Rockstar Brewer. He was consulting Brisbane's Catchment Brewing Co and figured Daniel would be ideal to take up the reins of brewery's 500-litre system.

"It was always going to be a slow-moving growing gypsy brewing company and, while the dream was always there to make brewing my full-time job, I didn't think it would snowball so quickly," Daniel says.

As someone responsible for beers from two distinct brewing operations, it gives him the chance to approach the beers he brews with different mindsets, from Catchment's down-the-line core range and more diverse seasonals, to the Ornith range where he lets his imagination run a little wilder.

"I don't have my own taproom or bar or anything so I don't have to support myself with core range beers," he says, "so the idea is I get to brew everything different all the time.

Here he is to tell us more about both brewing companies, beers and birds as part of our Who Brews...? series.

I am the owner and brewer of Ornith Brewing. My background is in civil engineering.

I started homebrewing at the start of 2017 and things snowballed quickly. I started studying a Diploma in Brewing through IBD in the UK at the end of 2017 and, by April 2018, I was setting up a brewing company.

I now work full-time as the head (and only) brewer at The Catchment Brewing Co in West End, Brisbane. I brew my Ornith batches here as well, however my first couple of batches were brewed at Slipstream Brewing Company.

I’ve always been a scientific and methodical person, and once I realised how much I loved good beer it was a no-brainer. It’s a chance for me to practise a science while also nurturing my (limited) creative side.

The James Squire range was the gateway for me, but the first really good beer I had, which blew my mind, was the La Sirène Praline.

The catalyst from there was being involved in a brew day at Newstead Brewing Co, in Doggett Street, with Mark Howes and the Blood, Sweat and Craft Beers running group (now called The Good Beer Running Club).

I grew up birding with my dad on our family camping trips and in my late teens I traded in the binoculars for a camera. Bird photography is my other great passion, and I thought why not combine the two (ornithology being the study of birds)?

All the beers will be named after native Australian bird species and a portion of Ornith’s profit will go towards Australian bird conservation through BirdLife Australia. Feel free to check out Ornith Photography on Facebook.

I try to stick to homebrew for financial reasons, but the repeat offenders are usually Ballistic Beer’s Oaked XPA, BentSpoke’s Sprocket, Green Beacon’s Windjammer, anything from KAIJU! and the odd tallie of Coopers Best Extra Stout.

At various good beer venues around Brisbane. Keep an eye on the Ornith Facebook page or check out Now Tapped!

Hopefully in ten years’ time we’ll have beer in cans, will have built our own brewery/taproom and also established a core range. Time will tell!

You can visit Daniel and sample his beers at Catchment Brewing, 150 Boundary Street, West End.

Articles by Will
who brews? Brisbane ornith 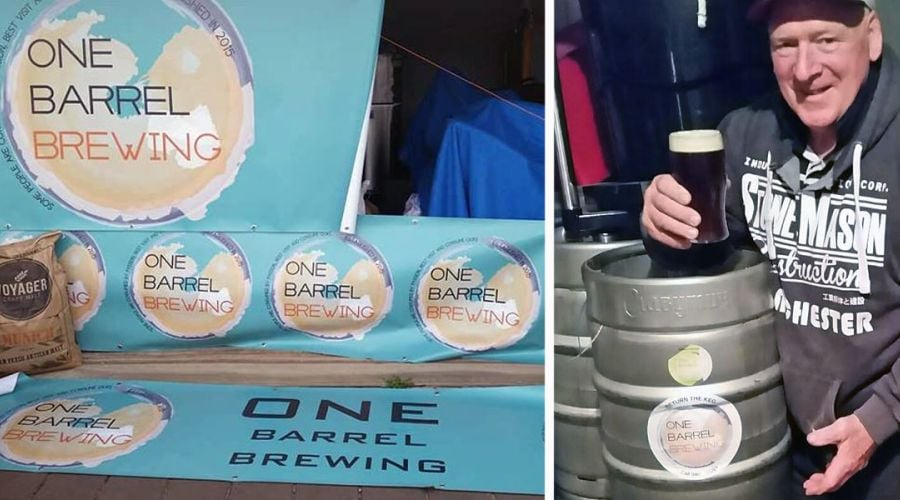 He's worked in the military, the wine industry, been a private investigator and driven trucks around the country. Now, the Too Many Zooz-loving Mark Prior is focused on his beer operation, One Barrel Brewing. read on As Felons launches on Brisbane's river edge and with Soapbox and Stone & Wood coming to Fortitude Valley in the coming weeks, Mick Wust caught up with all three brewers and found them all keen to shout loud about the local beer scene. read on