If there was any doubt how much taking out People's Choice at the 2018 GABS Festival meant to the Big Shed Brewing Concern crew, the first words that left co-founder Craig Basford’s mouth when asked how he felt should dispel them.

The South Australian brewery took the title for the Frosty Fruits inspired beer, Boozy Fruit: a New England IPA brewed with a touch of lactose for added sweetness and a cocktail of fruity hops. It made Big Shed the first South Australian brewery to claim the People’s Choice gong, following in the footsteps of the Yeastie Boys, Bacchus, La Sirène, BrewCult and Stockade Brew Co, although it's not the first time they've fared well with an ice cream themed entry.

“We came close the very first time we entered with Golden Stout Time so, to get the win this time, we are rapt,” Craig says. “In 2015, we had no exposure except for around Adelaide, so to watch GST go off, we learnt firsthand the power GABS can have on a brand and on a business.”

That beer finished in the top three and was followed by a top five placing the following year for their Beery Ripe Porter.

“We honestly thought we would make GST just once and never make it again," Craig says. "We had to get dragged into making it again and again and again.

"Now we make it quite regularly and it is still very popular so we have a regular supply."

Craig and fellow owner Jason Harris are now scrambling to re-brew Boozy Fruit too, having again planned it initially as a one-off. As for the origins of the beer, it came about thanks to one of Adelaide's sweltering days.

“It was a hot day at the brewery and the brewers were dealing with steam and our brewery is quite manual, so the boys were sweating up a storm," he says. "I went down to the shop to get some Frosty Fruits, because I have always loved a good Frosty Fruit.

"They are tangy, fruity and delicious and it got us thinking, 'That flavour would work quite well. All those fruity flavours are all the rage at the moment in the NEIPAs, that should be our GABS beer, let’s give that a crack.'.”

“Playing around with new recipes and flavours, if it is a hit, then that is awesome and, if it is not, then we have learnt something,” Craig says.

The success of Boozy Fruit does mean another popular NEIPA, Wattsy’s The Hazing released as part of their Brewer's Series, may not reappear, at least not now, with the GABS champion leapfrogging it in the brewing schedule.

As for why the recent win means so much to them, they say it comes down to the makeup of the panel picking the winner: the 30,000 or so people attending the festival.

“It is not made up of judges in a room, tasting multiple beers of the same variety and marking them against a style guideline," Craig says. "This is Joe Blow, drinking the beer and saying he either likes it or he doesn’t. To have more people than not say that they enjoy it, that is really humbling and that is why we love the GABS beers and the Hottest 100.”

Meanwhile, the Big Shed team is continuing its search for a suitable building to house their second venue.

“The new venue is getting there," he says. "I didn’t realise, probably naively, how difficult it is to find the right spot. We want a place that is big enough to house a brewery but close enough to our fan base in Royal Park, the people that helped build it.

He adds: “We had a location, we thought it was all good to the point where we were in the building midweek, drawing on the floor in chalk and then, on the Saturday morning, we were told that it had been sold from out underneath us.

“Now we are in the process of finalising the purchase of some land to build our own space. Which will add time to the process of the journey, which is painful, but, on the plus side, we will get exactly what we want. It’s going to be a lot of fun, that is what we are looking forward to.

"We have had an amazing time already in our little 50 head bar – the challenge will be keeping that feel but having a shit ton more people in there.”

Read our feature with past GABS People's Choice winners here. 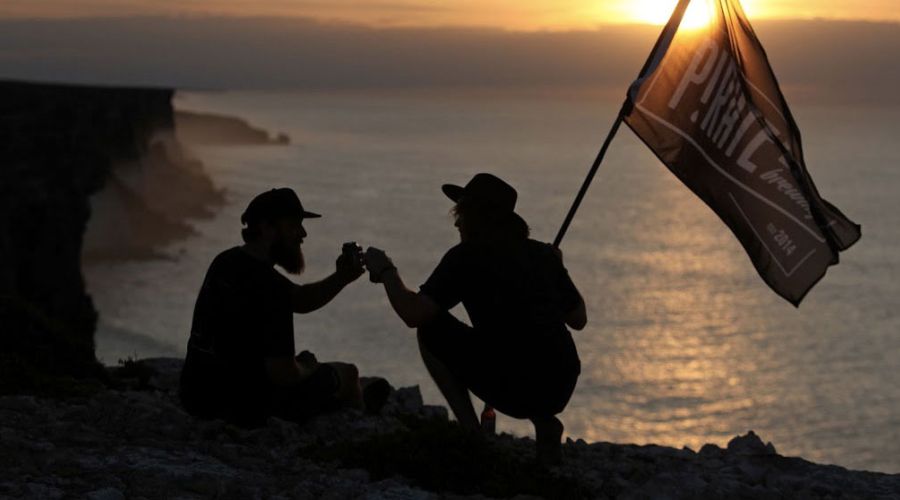 It's time to vote for your favourite beers of 2015 as the Hottest 100 Aussie Craft Beers poll returns. The poll launched by The Local Taphouse eight years ago has become a national event, with results announced once again on Australia Day. read on The team running the multi-city GABS Festivals have announced new dates for their Australian 2020 events, although have had to take the decision to cancel Auckland for this year due to insurmountable logistical challenges. read on