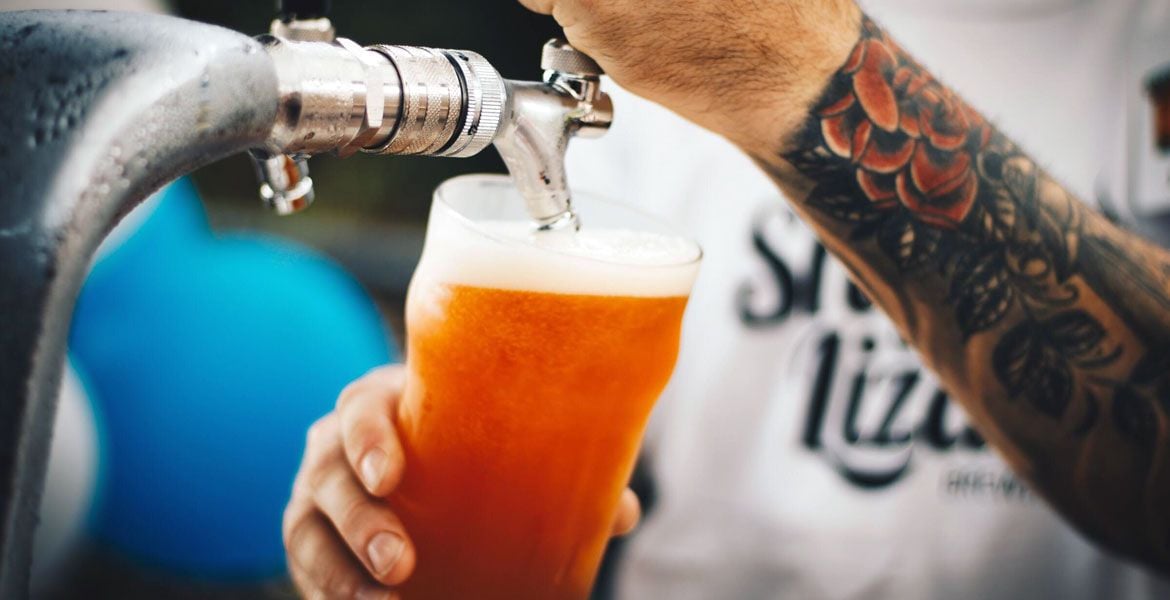 With a bar scene and nightlife that's evolving with each passing year, Adelaide has a growing body of evidence with which to challenge its reputation as one of the sleepier of Australia's major cities. Yet, while locals and visitors alike can find plenty to satisfy them within the city itself, whether they're after crafty pubs, pumping small bars or excellent cafés and restaurants, it's also a great base from which to explore.

Escaping the city to one of South Australia’s many pockets of artisan producers opens up a world of possibilities, whether your destination is the Adelaide Hills, the Barossa Valley, the Clare Valley, one of the many enticing peninsulas or the Riverland.

There is one pocket close to the capital, however, that is arguably flourishing faster than the others – particularly on the beer front – and that's the region around McLaren Vale, Willunga and beyond.

Take a trip south from Adelaide and you're spoilt for choice. The breweries with established venues, such as Vale/Fox Hat, Goodieson and Smiling Samoyed have a growing number of near neighbours. Shifty Lizard's Taphouse opened to the public in January 2018, while Forktree and Swell are set to open theirs this year too. With the area already a well established route for wine enthusiasts, the growth of its beer industry is helping cement the south of the state as a nexus for good booze and good times.

About an hour's drive out of the city via the southern expressway, the gates to McLaren Vale are inviting, with the first stop the family run brewery Goodieson.

After discovering great beer on a tour through Austria and Germany, Jeff and Mary Goodieson decided making beer was their destiny and promptly enrolled Jeff in beer school in Ballarat on their return to Australia. Four years later, he'd completed a degree in Food Technology and an Honours year in Malting and Brewing and was ready to launch the family business.

Based on beautiful acreage, Goodieson’s beers are prominently malt driven, replicating those they enjoyed across Europe in their twenties. During the first years of production, the couple trained their focus on a core range and raising their children. Now, with the kids all grown up, you'll find them experimenting with different styles such as an imperial pilsner, a golden IPA and a barrel aged stout that made use of Gem Tree wine barrels.

Whatever's pouring, a visit to Goodieson Brewery will involve a family friendly environment and a warm welcome. And, from there, while still in McLaren Vale, you can check progress on Swell Brewing Co’s monster taphouse and brewery that was taking shape at time of writing.

Located on a family owned vineyard in Olivers Road, Swell's co-owner Dan Wright is finally locking down his own brewery after contract brewing since 2011. Once it's up and running, you'll be able find 16 taps pouring Swell’s core range amid experimental beers created just for the taphouse that might include anything from an imperial stout to a barleywine – plus cider and ginger beer.

The taphouse and restaurant area is licensed for 100 people, with "dude food' set to come forth from a small kitchen. Once up and running, all the beers will be produced on Dan’s 20 hectolitre brewhouse. Like Goodieson, the venue is designed with families in mind, with a 300 square metre fenced lawn area complete with playground. Dan’s second passion, surfing, is destined to be beamed from the TV screens most days, with other sporting events featured too.

Since launching in 2008, Vale has morphed from a contract brand based around a single beer to a business with its own brewery in Willunga that was later augmented by the arrival of a second brand, Fox Hat, that's home to bigger and more adventurous beers than the original. Its ownership has also changed over the years, most notably in late 2017 when the Collin family sold the business to South Australian soft drink producer Bickford's.

Since the acquisition, little has changed at Vale/Fox Hat, with the beers still brewed in Willunga and talk of new brews on their way too. Since 2011, the brewing company has been in partnership with nearby Red Poles Café where you can enjoy a taste of their entire portfolio. It's just 10 minute drive from the brewery, so the beer should be ultra-fresh, and offers tasting paddles too.

NB: At time of writing, Bickford's was reviewing its cellar door options.

Opening for business on January 19, 2018, the Shifty Lizard Taphouse gives the duo behind one of SA's youngest brewing companies, Lee Stone and Danny Strapps, a home for their beers just a year on from their first beers hitting the market.

They initially made the step up from Lee's 100 litre kit at home to contract brewing via a successful Pozible campaign and this venue gives them the chance to showcase six of their beers for visitors. At least one of those taps has been earmarked for rotation through new releases, with brewing taking place within the same building.

It's a former butcher's shop in Willunga that's been gutted, renovated and reopened with a fresh purpose, swapping slabs of meat for slabs of IPA and capable of welcoming 75 people through the door at any one time. Keeping things local, regional wines and food will be served alongside the beers.

The Shifty Lizard Taphouse is located at 33 High Street, Willunga.

Time to leave Willunga and head to Myponga, where Kate Henning and Simon Dunstone found the ideal spot for their brewery, named after their beloved dogs and overlooking Myponga Reserve, where you may catch native animals putting on a show. Their brewery restaurant is usually packed to the rafters, not least because of the famed wood fired pizzas they serve alongside their award-winning beers in this most rustic and characterful of old sheds.

While there, you can peer through the window into the seemingly constantly expanding brewery and watch Kate and Simon brew the beers in your hand, quite possibly with a friendly and furry brewery dog flashing you a smile. The Smiling Samoyeds enjoy welcoming brewery tour groups and the venue makes for a good lunch break spot, offering a Group Feasting Menu for $35 per person.

Amid the core range, you'll find a Dark Ale that claimed Best Beer In Show at the 2015 and 2016 Adelaide Beer and Cider Awards, with seasonals including a traditional ESB to an annual hop harvest ale.

Ben Hatcher already has his beer in the market, launching Forktree via the contract route, with his first two beers the Southern Sunrise Pale and the Sunset Red. Ben started brewing the way many brewers do, graduating from Coopers kits to all grain brewing before embarking on the Home Brewing and Micro Brewing course at SA's Regency TAFE with Stephen Nelsen.

Forktree is based in a converted old shearing shed on a family farm in Carrickalinga that once formed a part of the Forktree Estate in the 1800s. At time of writing, the beers are being brewed at Smiling Samoyed until Ben installs a 10hL brewhouse in early 2019. Before then, work is set to commence on a brewery venue with a capacity of 120 featuring a large outdoor deck and a beer garden with views of the Fleurieu coastline. Construction is due to commence in May 2018 with the venue opening to the public in October.

So, what are you waiting for? Flee the city, jump in the car and head down the Southern Expressway.

You can find other Beer Travel pieces here and Crafty Crawl suburb and region guides here. One of the visitors to this year's Craft Beer Awards was a German journalist and storyteller who has penned a book on the globalisation of beer. Matt King caught up with Dr Ina Verstl to find out more. read on 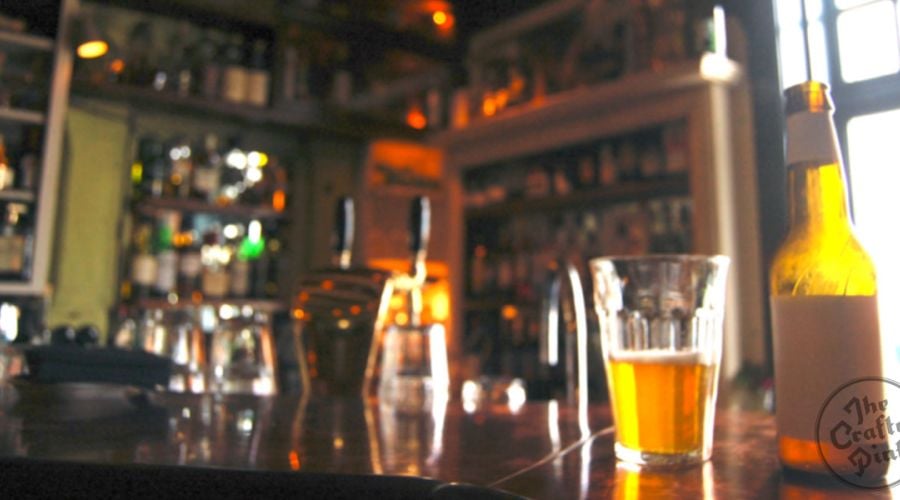 Join us on a colourful journey through Iceland's craft beer world as Tasmanian storyteller Bert Spinks is guided along the way by an etymologist polymath, local brewers and his own love of dark beers... read on