Next year will see 2 Brothers Brewery celebrate a decade of brewing. Since brothers Andrew and David Ong opened their Moorabbin brewery, they've gone on to establish a solid footprint across much of Melbourne, earn a strong and loyal local following, and collect more major trophies at the Australian International Beer Awards than the vast majority of their peers.

So you'd think they'd be pretty set in their ways, at least in the brewery where head brewer Andrew, longterm sidekick Ben Lee and new recruit Chris Fletcher spend their weeks filling a steadily growing number of tanks with longstanding favourites, such as Grizz, Growler and Taxi, regularly returning winners like Voodoo Porter and James Brown Belgian ale, and occasional experiments. Surely, with a collection of trophies to your name and a reputation for tight, to style and consistent brews you don't need outside assistance when it comes to designing new beers.

The latest new arrival on the 15 taps now lining the back of the Beer Hall bar – and appearing on a small number of taps around Melbourne – is Lazy Boy, an "easy IPA" or, to give it a more common contemporary tag, "session IPA". And its creation saw Andrew and co throw their usual methods out the window and bring the entire 2 Brothers team into the process: bar staff, back room staff, sales reps, the people that deliver their beer around Melbourne. In effect, they indulged in a spot of in-house crowd-sourcing.

"We sat down with the whole team," says Andrew. "We did a benchmarking session of local and international beers that we thought had elements that we could use [and] let people rate them."

From the feedback, the brewers drew up the basic specifications for the beer. Then they brought the team in for stage two: the hop selection.

"We made hop teas in growlers from about 30 different hop varieties and did a tasting with everybody," says Andrew. "They rated their flavour and aroma characteristics and this fed back into the dry-hopping regime."

There was no overwhelming consensus, unsurprising perhaps, given that humans, by our nature, have a range of different responses to flavours and aromas, and different sensitivities or blindnesses to different characteristics (part of the reason why we don't rate beers at The Crafty Pint).

Yet, says Andrew, "the first session [meant] I could write a reasonably tight specification. Then came the brewer's artistry. The hop experiment started to rule a few things out and put a few things in."

The resultant Lazy Boy, which itself was the first 2 Brothers beer to be suggested by the on-road team rather then come from the brewers' brains trust, is now on to batch nine, all of which have been tapped despite Andrew's initial suspicions that they may have to pour away three or four tanks until they were happy with it.

Over the course of the year, it will be added to their core range, with hopes that the beer – one they see as their take on Founders' All Day IPA – will become as successful for them as their Taxi and Kung Foo lagers.

"We'd never made an IPA before. It was outside the experience that we had and, as it's going to be a core beer, it had to be right. All of the elements had to be in balance for the beer to work," says Andrew.

The main reason we were sat with Andrew at his bar wasn't to chat about this new direction in beer design but to check out another new direction. The Beer Hall shut recently for a few weeks for a total refit, one that's far brighter and sharper than before – somehow making the joint look bigger when it actually isn't – and which has seen a "leafy industrial beer garden" added out front.

As the oldest by far of the ever-growing number of breweries and brewing companies that call this part of southeast Melbourne home, they felt it was time for an overhaul. Aside from the new look and garden designed by the team behind Welcome to Thornbury, there are more taps, including a "golden tap" that appears on occasion. On our visit, it was there to indicate they'd pulled something special from the vaults: a keg of their 2012 GABS beer, Bloody Oak, a barley wine that has been on oak for four years now and is tasting rather like a Muscat.

GABS is another area where 2 Brothers have tended to shine. They were called in at the last minute to fill the 20th tap at the very first Great Australian Beer SpecTAPular when it was held at The Local Taphouse. The beer, Guv'nor, went on to win the Premier's Trophy at that year's AIBA. Since then, their entries, such as Magic Pudding and Hazella, last year's hazelnut and Ella hop brew, have occupied the upper reaches of the People's Choice ladder.

And, for 2016's event later this month, they're brewing Walter White.

"It's an imperial witbier. We've enlisted the support of Four Pillars distillery and are using their spent adjunct to spice the beer," says Andrew, before disappearing to the cool room to return with a bag filled with all manner of seeds, fruits and spices that will go into the beer, along with fresh cumquats picked from their beer garden.

"We're going to see if they'll strip the oil out of the cumquats and some organic oranges for us."

Such brews are probably a million miles from where the Ong brothers thought they'd be when they both returned from America and decided to open a brewery, inspired by the beers and experiences they'd enjoyed while working overseas. That said, the moment that sparked the move from careers in engineering and physiotherapy into craft brewing hinted at a spirit of adventure from the off.

Andrew is – or at least was – a structural analyst who would use mathematics to check whether aircraft were structurally sound and, upon returning from the States, had continued in that profession.

"I did a lot of calculations by pencil and eraser," he says. "I needed a new eraser as the old one had run out so I went to admin.

"The woman there said, 'They're in the cupboard by the door.' But it was locked. She told me, 'You can't just take your own stationery.'

"[I was in a position where] my bad decision could cost tens or hundreds of millions of dollars, but I wasn't trusted enough to get my own stationery..."

And that was that: time to find a new life, one that he and David thought would allow them to work two or three days a week and have more time to themselves. A nice idea in theory.

"We never really knew what would happen and we still don't," says Andrew. "But the great thing is the people we've met along the way that we wouldn't otherwise have met.

"I wouldn't have had the benefit of that as an aircraft engineer."

The 2 Brothers Beer Hall is open Thursday to Friday. Look out for Lazy Boy joining the core range later in the year. Chasing Pint Dreams At The Pinny

A bartender at one of Melbourne's iconic pubs, the Fitzroy Pinnacle, has used his workplace as the location for a new web series. Pint Dreams is a six-part show by Ryan Jones and Laura McIntosh and debuts at the pub on August 11. read on ​You don’t have to look far to find a beer lover who also spends a fair bit of their time in the bike saddle, especially in Victoria. Kerry McBride speaks to three Victorian breweries helping keep the state’s cyclists well hydrated about the bonds between the two worlds. read on 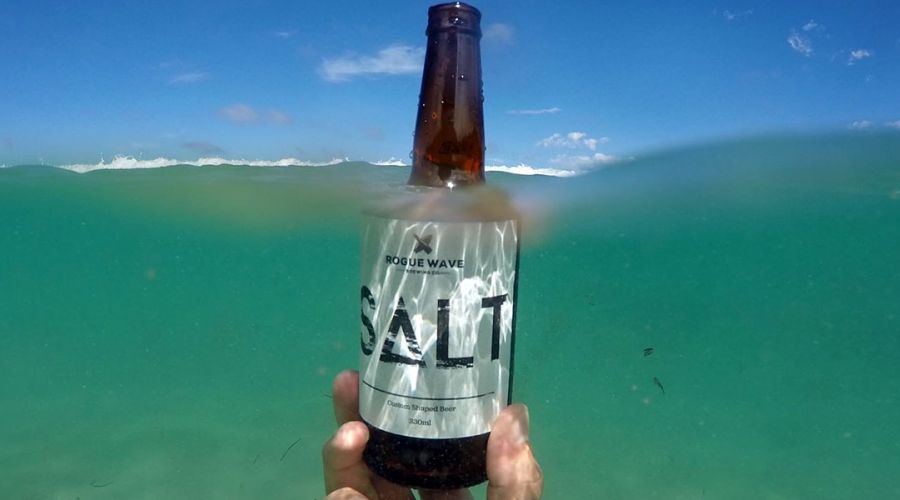