Last week, we launched a new series, Aussie Exports, which tells the tales of Aussies playing their trade in the beer world overseas. You can read our first article, on former Little Creatures head brewer Alex Troncoso's plans to open a brewery in Bristol, here.

The second feature – the first for The Crafty Pint by Dillon Rahkola – turns its gaze to Canada, where a home brewer from Wollongong has found himself working at one of the best brewpubs in Toronto.

David Everitt, a home brewer from Wollongong, moved to Canada and landed a brewing job at the one of the best brewpubs in Toronto, Burdock.

Burdock is a triple threat, boasting an impressive restaurant, world class brewpub and rad live music venue. It recently celebrated its first anniversary, after a year in which the brewery, brewpub and bottleshop has taken off and become Toronto’s finest spot for inventive and fresh craft beer.

Hey David, what was your life in Australia like before heading over to Canada?

David Everitt: Life was good. Easy. For the six years prior to living in Canada, I lived in Wollongong by the beach studying Environmental Engineering and drinking home brew.

After I finished my degree, I decided to give myself some time to think about what I wanted to do career wise and in the meantime opened up a men's clothing store named Minty Duds. It's still going today, the shop is now run by my business partner, Sion.

When you were in Wollongong you were a home brewer; how did you make the transition into professional brewing in Toronto?

DE: Moving to Toronto was largely about a career change. I wanted to start taking brewing seriously. No breweries in Ontario would take me in without any professional experience so I got a job at Bar Volo, the best beer bar in town.

Between home brewing every week and serving the 30-odd taps of local beer at work, I quickly gained valuable experience in making and tasting good beer. Eventually a brewery took me in as a helper and, after one thing led to another, I got my brewing position at Burdock.

Tell us a little about Burdock and what it has brought to the Toronto craft beer scene.

DE: Burdock is incredible; I'm very lucky to be on the small brewing team there. It's a brewpub, restaurant and music hall in a killer neighbourhood of Toronto.

We're a small brewery with a 14 hectolitre brewhouse and a large demand that ensures our beers are always served fresh; this is of paramount importance to us. We brew both ales and lagers and the closest thing to a flagship would be our West Coast Pilsner, which is a pilsner brewed with a healthy charge of Simcoe, Citra and Columbus.

We have a young barrel program that we are just now starting to reap the fruits of. Barrel ageing is something that we are very passionate and excited about and it will play a huge role in the contribution of Burdock to the beer scene in Ontario. We use several strains of yeast including Vermont ale, Saison strains, lager strains and various Brettanomyces strains. We also sour beer using both Lactobacillus and Pediococcus.

After being in Canada for a while, are there any suggestions you have for the Australian craft beer scene to help its growth?

DE: I think that the single most prohibitive element for craft brewers in Australia is the inexplicable ability of the big beer players to "buy" draught lines in bars and pubs. It's the equivalent of selling the pub's kitchen to Hungry Jacks and imposing Whoppers on the entire restaurant. You just wouldn't accept the same scenario for food so why are Australians so complacent when it comes to beer?

In Ontario, craft beer is so ubiquitous that people don't call it craft beer, it's just beer.

I've got no problem with macro beer, but I do have a problem with an uneven playing field that prevents the customers from having a choice. Brewers in Australia are making fantastic product, it's just a harder market to sell to in my opinion.

Have you had the opportunity to brew with any Australians products while brewing in Toronto?

DE: On my last visit to Melbourne I dropped off some of our house brett yeast to La Sirene. At the same time I was gifted a Saison, which contains some wild Australian yeast. We haven't cracked it yet but when we do I intend to propagate the dregs to use in some of our barrels. I'd love to put a beer out in Toronto that was brewed with Australian wild yeast.

Do you have any advice for home brewers who want to dive into brewing professionally?

DE: My advice is to take whatever the hell you can get. Brewing is a difficult industry to get into as there aren't many jobs and there are a lot of people out there who want them. The hardest part is getting your foot in the door, but as soon as you do there will be opportunities that come up. If they won't take you in the brewery, see if the kitchen will take you, or the bottleshop, or deliveries.

If you squeeze your way into the business and then build a relationship with the brewers then you'll be the first person they think of when they're hiring. Also, home brew your arse off! Breweries are reluctant to hire people that have never brewed and don't have a sound base knowledge.

When you’re back home, where is your favourite spot to have a beer in NSW?

DE: That's a hard one. Probably still drinking a nasty home brew having a squid on the rocks in Wollongong.

Do you have any tips and tricks for Aussie craft beer enthusiasts who find themselves in Toronto or other parts of Canada?

DE: Yes. Firstly get in contact with me so I can have a beer with you at Burdock. My email is dave@burdockto.com. Then I would have to recommend my all time favourite brewery Bellwoods, which is easy to find in Toronto. Their beers will blow your mind and drinking them some three years ago inspired me to find a brewing career in Toronto.

Will we see you back in Australia any time soon?

At some point, yes, probably. But for now I've still got lots of fun things to brew at Burdock.

You can find out more about Burdock here.

About the author: Dillon Rahkola is a Canadian who has come the other way and who you are most likely to find behind the bar at The Wheaty. 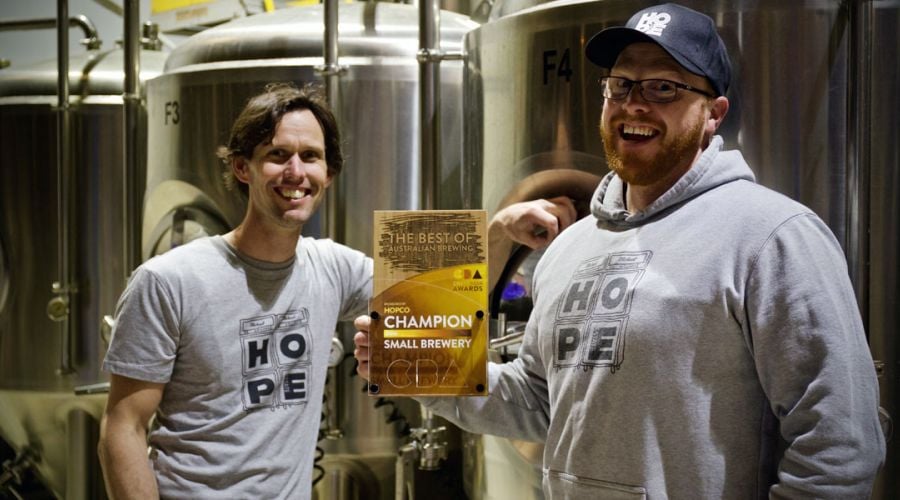 A quarter century after bumping into each other while surfing, Brendan Down and Steve House are set to open a brewery together. All being well, Resin Brewing in Bulli will be officially open from this week. read on 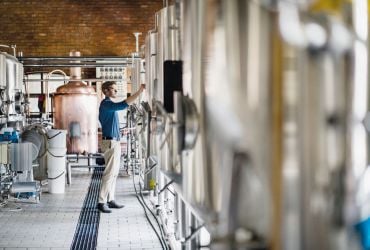