It’s really quite remarkable when you think about it. Less than four years ago, the three friends behind the Grifter Brewing Company were home brewers cooking up beer recipes in their kitchen. Now, over the coming weeks, a beer they made will be enjoyed alongside food cooked by chefs from one of the world’s best restaurants.

Those chefs are from Noma, the Danish restaurant voted best in the world not once, not twice, not thrice, but four times in the last six years. The evidently peerless culinary experience that Noma offers has been brought to Sydney as a pop-up restaurant for an 11 week residency and, while here, the team behind it is determined to use as much local and native produce as possible. Happily, that extends to the drinks list too which, as well as a collaboration with Grifter, will feature Victorian gypsy outfit Edge Brewing and Tasmania’s Two Metre Tall.

If you’re not the type to keep tabs on what’s happening in the world of high end restaurants, it might be a little difficult to comprehend the level of foodie fanfare surrounding Noma’s appearance in Sydney. Perhaps the easiest way to grasp it is via some numbers. Consider that every seat for the restaurant’s near two and a half month stay was booked within two minutes of being made available. Keep that in mind as you then consider a meal there will cost you $485 per person – and that’s before you even open the drinks menu. And then consider that, reportedly, the waiting list extends to 27,000 people. Noma is a big deal to a lot of people.

So how on earth do three mates who have only very recently opened a brewery not only get their beer onto one of the most desirable dining tables in the world, but also go so far as to  collaborate with the person responsible for deciding what gets poured in the glasses?

Grifter brewer Matt King says: “[Australian wine writer and judge] Mike Bennie put us in touch with [Noma head sommelier] Mads Kleppe. He thought it would be a good fit and we spoke with Mads on the phone a few times while he was in Denmark. Then we met with him, went through our beers and, from some pretty general tasting vibes, we decided on brewing an Australian Old Ale.

“We knew it had to be Australian based as Noma have really made a huge effort in sourcing the best possible local ingredients for their menu. We went all Australian malt and hops and brewed an Australian Old Ale with macadamia nuts.”

Noma’s quest for promoting uniquely local ingredients as well as beer – both of Denmark’s famously feuding brewing twins, Mikkel and Jeppe (Mikkeller and Evil Twin Brewing), have recounted creating beers for the restaurant while attending events hosted by The Crafty Pint in Australia – is likely to have played a big part in Edge having been invited to the table too.

The brewing company's founder, Adam Betts, says: “We managed to pick up a few international beer awards in 2015, which probably helped put us on the map, and Noma were very interested in our native series.

“The native series has included beers such as finger lime saison, desert lime pilsner, native basil and thyme saison and wattleseed stout. I think that pairs with Noma's style perfectly, so we’re very excited to have this opportunity.”

Two Edge beers – Cool Hops lager and Rye Pilsner, a collaboration with Evil Twin – appeared on the restaurant’s opening list and their exclusive brew will be released imminently. The new beer, says Adam, is “a kettle-soured ale with fresh cherries from Yarra Valley providing a secondary ferment on fruit, then transferred to age in Bendigo Shiraz barrels (pictured below) and finally strained through lemon myrtle and bottle conditioned. 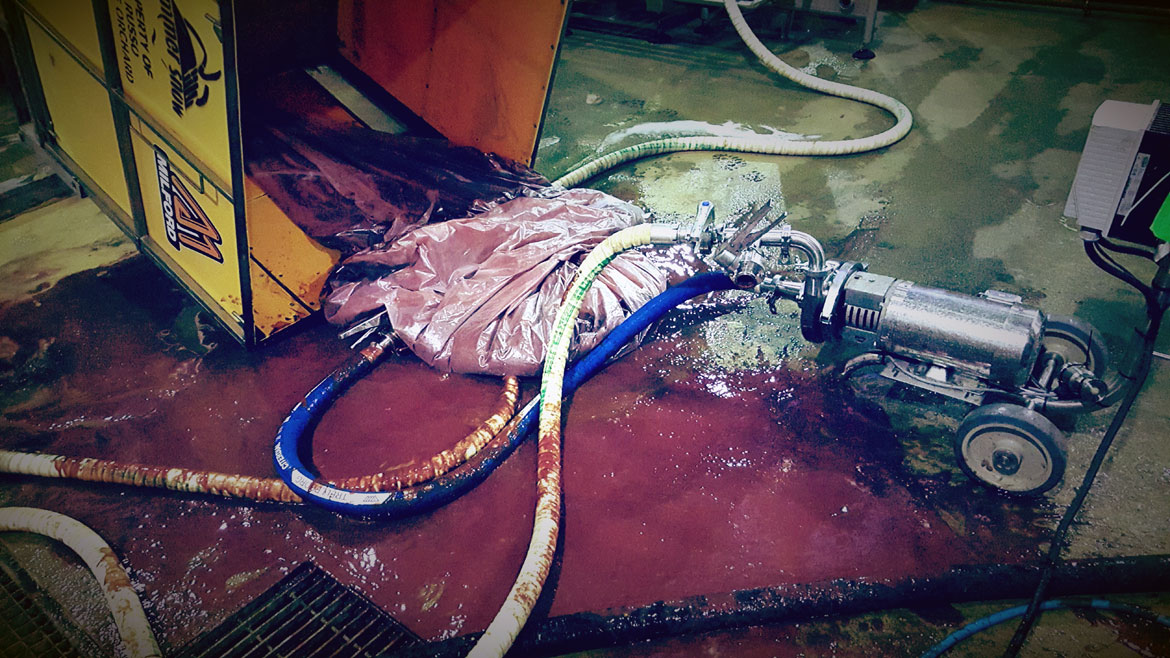 “At just under five percent ABV, it’s uniquely refreshing and tart, yet juicy and complex. It will work amazingly with food – just don’t ask me to try and categorise it into a traditional beer style! It's also the first beer to come out of our nano barrel-ageing project, which will be followed by a barrel-aged imperial wattleseed stout.”

As for Two Metre Tall, the story we received about how owners Ashley and Jane Huntington came to be involved is as full of random opportunity as you might expect from a brewer that specialises in spontaneous fermentation. It began in June 2015 when Mads, Noma’s head sommelier, was in Melbourne for the Soulfor Wine Festival and got chatting to brewer Ashley over some samples of their ales.

A few months later, on a subsequent visit to Australia to research potential candidates for Noma’s drinks list, it was Mike Bennie again playing protagonist as he accompanied Mads to Tasmania and organised a trip to visit Two Metre Tall to get a proper feel for the unique happenings on the farm.

Later still, on a further research trip Down Under just eight weeks prior to the restaurant opening, Mads approached Ashley at the Rootstock wine festival in Sydney with a conundrum: for the first aperitif, world class restaurants traditionally offer guests Champagne or an equivalent sparkling wine. Yet he had travelled Australia extensively and still not found the ideal drink. The direct implication was that Ashley might be the one to create what he was after.

Back in Tasmania, Ashley began creating the beverage – for it is not strictly a beer – that would sit atop Noma’s wine degustation menu. The result is Snakebite, a unique reimagining of the backpacker’s favourite blend of cheap lager mixed with cheap cider.

The Two Metre Tall interpretation involved brewing a new naturally soured and dry hopped Tasmanian farmhouse ale, then delving into the brewery’s cellar of barrel aged ales and ciders and blending the old with the new. The result, according to the Huntingtons, is “more cider than ale, barrel-aged yet fresh and aromatic.”

Snakebite will be one of four Two Metre Tall beers available at Noma, which in itself is quite the vindication after what’s been a long and winding road towards wider acceptance for the Tasmanian brewer.

That beer is being recognised at the top table can only be good news for local brewers as, traditionally, restaurants in Australia haven’t been known for giving beer a fair go on their menus, especially when compared to wine. It can be a galling experience for a beer lover to go to a venue promoting the best of local produce and find only mass produced lagers on what makes for a beer list.

However, interest in beer is rising, tastes are changing and restauranteurs and sommeliers are becoming more educated about how and where beer can complement the total dining experience. Edge is a good example of a brewer benefiting from dealing with the upper echelons of the dining scene.

“Top Australian restaurants have been a very important element to the success of Edge and they have been our great supporters,” says Adam. “Brae, Vue De Monde, St Crispin, Merricote, Estelle, Attica, Minamishima in Melbourne and Black by Ezard, Kensington St Social, Silvereye and Bloodwood [in Sydney] come to mind as restaurants you can currently find Edge in, which still staggers me. And to then add Noma to the list... Well, it's all getting a bit crazy!”

Says Matt from Grifter: “I guess the importance of wine at a place like [Noma] takes number one priority on the drinks list, but I feel beer is catching up – of course, I personally think they’re equally important. But it was cool to meet someone like Mads and how into beers he was, how clued up he was about them.”

Whether having a solid selection of Aussie craft beer at Noma will open any more doors for these, or any other brewers, to get their beer into more venues remains to be seen, but at the very least it’s been a unique experience and a good story. And, in the case of Grifter, the opportunity has pushed them further and faster than they ordinarily would have planned.

“I’d say this is the biggest project to date for us,” says Matt, “and having [Noma] approach us out of the blue nearly didn’t seem real to begin with.

“[It] has proved challenging for us. We’ve never bottled our beers before but knew we had to make it happen for this. We’re really excited about the beer and that it’s our first packaged product. I think that makes it extra, extra special.”

If you want to try any of the beers, you’d better be one of the lucky few with a booking as they’re only available at the restaurant.

Yesterday,
Weekend Of Darkness 2022 at The Scratch