Trevor Mitchell’s story shares similarities with that of the people behind many other small breweries across Australia: a long term home brewer (25 years, in fact) with a professional background that required attention to detail changing direction to do something he loves, striving to create a great product that he and others will enjoy.

But, as Bendigo Beer founder Trev Birks discovered in his first article for The Crafty Pint, it’s not until you sit down with this unassuming, Mandarin speaking ex-Navy electrician that you fully appreciate the saying: “Your life is about the journey, not the destination”.

And what a journey. Firstly China, back to Australia when his twins were born, then Vietnam, Malaysia, Thailand and China again before a holiday along the Murray River convinced Trev and his wife to move to Sandon in central Victoria, a small town of 50 people, and launch 40 Acres Brewing. With his first beer, a session IPA, available across Victoria, one Trev found out what led the other to this point.

Trev Birks: I guess the most obvious question to ask first is: "How did you get into brewing?"

Trevor Mitchell: I’ve been brewing for 25 years as a home brewer, starting with the Coopers kits then slowly into partial mashes before moving into all grain brews on a stove top set up.

I was in the Australian Navy for 13 years, stationed on the Westralia and worked on the ship’s artillery and guns. At the conclusion of my service in 2003, my wife Jo and I decided to travel the world. We got as far as China and made friends really quickly!

TB: Something every brewer experiences no doubt!

TM: Absolutely. We were there for two years where Jo was a teacher in international schools and I worked offshore. In China, we lived amongst a huge American, British and Canadian expat community and received great comments from our US friends about my beer being on par with what they got in Colorado. It definitely gave me the confidence to keep brewing and try new things.

We briefly came home to give birth to twins, then moved to Hanoi, Vietnam, where Jo taught for two years. Having both mastered Mandarin, we were after a more Western experience but not quite ready to move back to Australia. So we moved to Kuantan in Malaysia. Unfortunately, Kuantan residents don’t really speak Mandarin so after 12 months we moved to Chang Mai in Thailand for a year and then back to China. 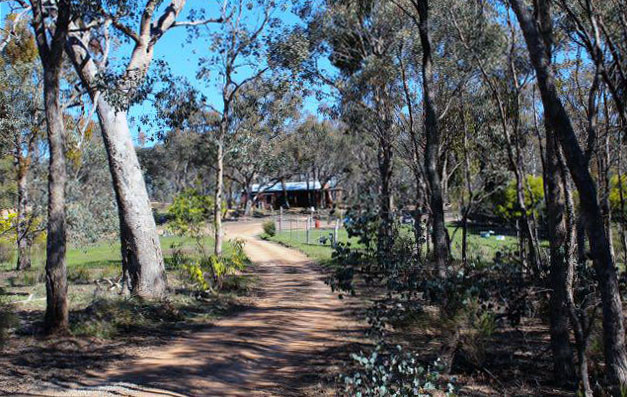 TB: Wow, so what was the catalyst for you to move to Sandon?

TM: We came home for a short holiday and went on a Murray River cruise. It inspired our decision to move back to Australia, but we didn’t want the white picket fence scenario. We threw a few darts at a map and ended up in Sandon.

We wanted to give our kids a taste of the real Australia, not just what they had seen on TV. They knew the Australian national anthem but only really saw it sung on TV sporting events. It probably explains why they always started a huddle whenever they hear it, no matter where they were.

TB: Just like Australians in Bali, how cute! Going by the name of your brewery, I assume your property is 40 Acres?

TM: Yeah, it’s a completely organic farm. We still haven’t added any chemicals or pesticides to the land. We have a little farm stay which is booked out every weekend. Our guests are happy to walk through the bush and have a beer under the stars. Most are from Melbourne looking for a break and to get some clear air.

We’re not gardeners by any means but have managed to grow tomatoes, potatoes and hops grown from rhizomes donated by some of homebrewing mates.

TB: I’m intrigued about these hops you speak of. Central Victoria is mostly a harsh, dry climate. Not exactly the perfect conditions for growing hops. How have they gone? 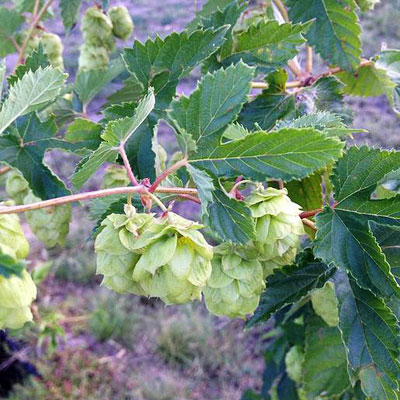 TM: It’s been challenging, but I’ve had moderate success growing some Cascade, Chinook, Victoria and Pride of Ringwood. They’re in their second year and my wife Jo thinks I love the hops more than her.

TB: I’m sure Jo understands her place in the pecking order. Your love of hops explains your first release. Let’s open this Session IPA. I’ll taste, you talk.

TM: Well, it’s a 3.7 percent ABV India Pale Ale, but I’m sure you’ll agree it tastes a lot bigger. It’s slightly cloudy with a vibrant, fluffy white head and a straw appearance. The hero though is the amazing tropical fruit aroma.

TM: It’s got a shit load of hops in it. We mashed in higher than normal, used a toffee malt from Gladfields in New Zealand and an English yeast strain so it doesn’t ferment out as much.

TB: I hope you don’t mind if I don’t share this with you... A session IPA is an interesting choice for a first release. How did you decide on this style?

TM: Our first beer was never going to be a lager. There is a time and a place for lager, but not for your first release into the craft beer industry, in my opinion.

I like big heavy IPAs, sour beers and big Belgian beers, but Australia has followed, albeit belatedly, the US trend of sessionable IPAs. I tried a few local versions, some very good, but not many seemed to get the full strength taste I was chasing from a session IPA. 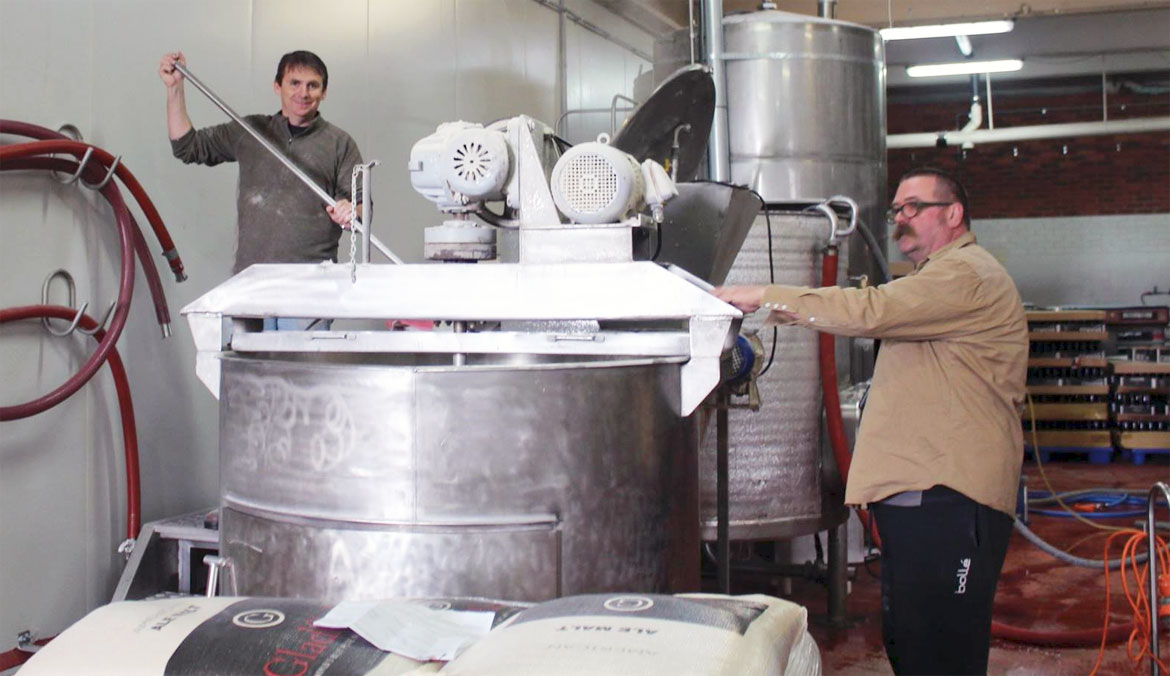 TB: Am I correct in thinking you don’t have your own brewery yet?

TM: That’s right. We’d love our own brewery, but for now we are brewing at Brookes Brewery in Bendigo (Trev is above left with Doug Brookes on brew day) and storing most of our kegs in a facility in Melbourne. Being the conservative type, I’d like to know if my beer is going to sell before we commit to something bigger.

TB: Well, to give you some comfort, I think this beer would appeal to most drinkers. What’s the reaction been so far?

TM: It’s weird given my love of big imperial IPAs but I’ve discovered ladies who try this love it straight away. I got nervous when I saw so many girls going bananas over it and thought it might be a little too fruity. I quickly got over any doubts when I realised after all is said and done, it’s still a beer I would like to drink.

There’s a lot of breweries out there trying to outdo each other with more hops, interesting ingredients and so on. I do love the big beers but they’re not beers I go back for again and again. The drinkability element resonated with me so we’ve steered clear of that for now.

TB: Like every band that has a hit album with its first attempt, there is pressure to follow up with something as good, if not better, so what’s next for the 40 Acre range?

TM: Our next beer will be an amber ale using our own hops, which will be released at the Bendigo Craft Beer & Cider Festival on March 19. I’m hoping to use organic grain and make a fully organic amber ale, then move into something a bit darker for winter.

TB: Can’t wait to try it. Now, for the most important question from one Trevor to another, I need to know. Do you get “Marmalade” as a nickname as well?

TM: (laughs) Yes. Not a lot of Trevors around!

For more on 40 Acres Brewing, including where to find Trev's beer, check out their website.

About the author: Trev Birks has earnt a reputation in the Australian craft beer industry as a passionate advocate for local breweries. When he’s not elevating small talk to medium talk, he is the Chair of Bendigo Beer and herds new customers for brewers, venues and festivals. Plans to open Australia's first cooperative brewery have taken a step forward as the founders joined members at the site of their proposed brewery and taproom in the Sydney's Inner West. Hannah Louise Grugel joined them to find out more. read on A "catastrophic" fire has caused devastating damage at Ellerslie Hop, one of the largest hop growing operations in Australia. The fourth generation family business has lost its major processing equipment, sheds and the majority of its 2018 crop. read on