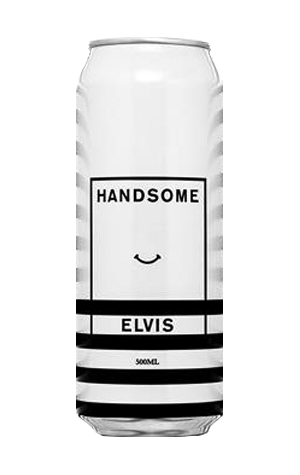 The brewery might be better known for its hoppy releases but darker malts have been an important part of the Balter story too. Alt Brown was part of the original core lineup, the very first 500ml tinnie sent into the world was the luscious and sweet Black Metal Disco, while the nitro milk stout Handsome Elvis has regularly made guest appearances at the Currumbin taproom.

Inspiration for the name comes from how closely the jet-black beer reminded Balter’s head brewer Scotty Hargrave of Elvis before all the burgers left him barely making it on stage. A favourite at the taproom, Balter decided to release the beer in 500ml limited release tinnies for winter, though getting those drops of liquid nitrogen into a can didn’t make it an easy feat. Just a few weeks before launch, they were struggling to keep the beer stable, with those tiny bubbles wreaking havoc with the beer and the team ready to throw in the towel. However, keen not to be defeated, the brewers and their lab tean managed to get Handsome Elvis back on his feet, in cans, and ready for a national rollout.

With black jailhouse stripes and possibly the brewery’s best launch video yet, it’s a tall tinny that stands out just as well as any Balter beer and the liquid inside shares that same balance too. It’s smooth, with a chocolate and coffee richness and a twist of berries and nuttiness in there too. With a cascading pour from the nitro it almost brings to mind the kind of milkshake you might enjoy in a diner with portraits of Elvis on the walls.