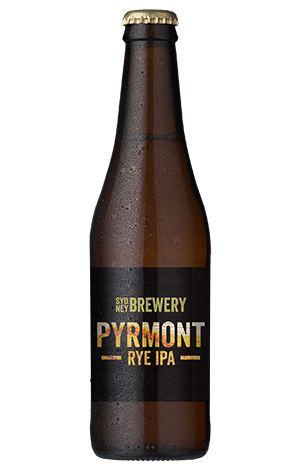 Beginning life as a one-off collaboration between the Sydney Brewery and Pyrmont’s Quarryman’s Hotel, the Pyrmont Rye IPA proved so popular at the pub that it became part of the brewery’s core offerings and has gone on to spawn a bigger sibling.

This is comfortably the most robust beer of the brewery’s regular range, a hop-forward drop based on five American hop varieties which bring big licks of pine and fruitiness. There’s a touch of residual malt sweetness before the rye chimes in with its signature spiciness and it ends with a strong, bitter kick. Those who are used to the brewery’s easier drinking offerings might find the Rye IPA a confronting beer but if you’re a hophead with a penchant for a bit of spice in your life, this hits the spot.