It's not uncommon to hear brewers use the word "handcrafted" when describing their beers. Bright in the Victoria High Country like to call theirs "Mountain Crafted". But we'd never seen "Mancrafted" – or "Mancrafted by Hand" to give the full description – until we got in touch with Gang of Four, a fledgling brewing company based in Sydney.

They've launched with a Double Hop Ale and owner Mike Ross (below right) is here to tell us all about his plans in the latest of our Who Brews...? features.

At the moment we're brewing out of Rocks Brewing but we conduct business from a premises in Brookvale that we're looking to develop into a microbrewery by the end of the year.

Our Double Hop Ale, a 5.5 percent APA hopped with Galaxy and Citra, a recipe that I developed on my 50 litre nano. Then Scotty and the boys from Rocks took the ball ran with it: took my recipe to the next level. So much respect.

Unfortunately, due to big brewing mofo's doing what they do best, the goal posts have been moved once again: no more Galaxy, no more Citra. No biggie.

About to unleash our Member's Lager. Another challenge, no less.

to name but a few, & a bunch of local backyard parties with a focus on good beer! 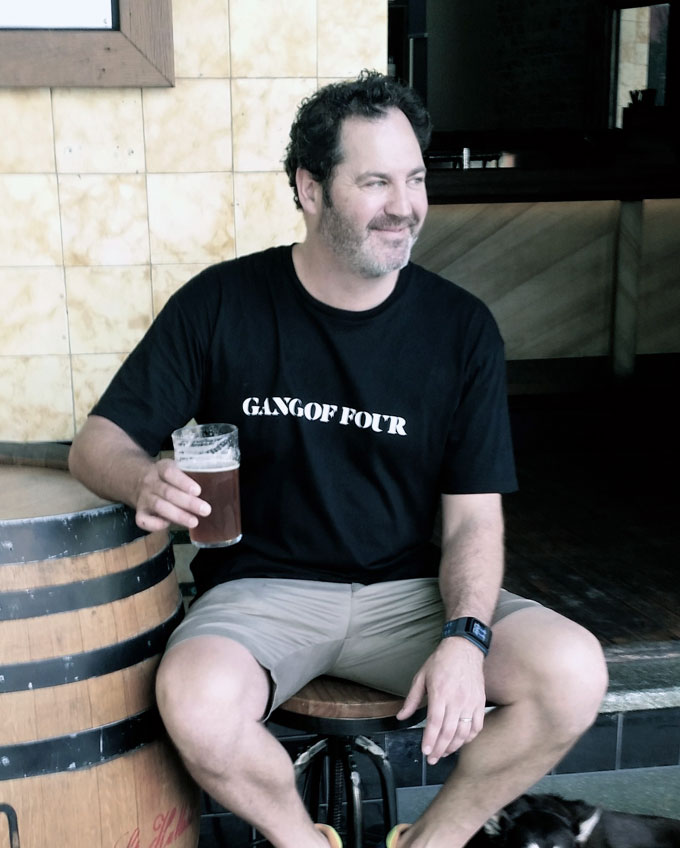 The name Gang Of Four simply refers to the four core ingredients. Of course there are other ingredients with each recipe, but it always comes down to the gang of four: goat, water, mud and yeast.

Mine. I'm a contract brewer, I can't afford to buy beer at the moment.

And which beers are found in your fridge most frequently?

Mostly my own 'cos they're sorta free. Maybe I'll buy a Coopers if I'm skint, or maybe a local beer if I've got some cash…Dad & Dave's, 4 Pines, Modus or Nomad… they're the best in Sydney.

If I'm out, I'm most likely to be out in Manly for a Sunday lunch and we'll always stop in for a pint of Ekim at the Steyne.