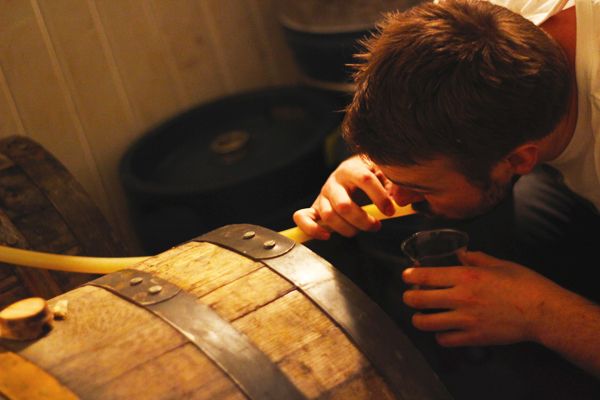 What's In A Name: Moon Dog

Beer names. Do they matter? If so, why? And how do brewers come up with theirs? As we explained here, The Crafty Pint’s involvement in naming a couple of beers got us thinking about it. And rather than merely offer up our thoughts on the subject, we thought we’d open the floor to people in the beer industry to find out what they thought of beer names, how they came up with their own and which ones tickled their fancy.

Having brought us everything from Perverse Sexual Amalgam to Freaks and Geeks and the Magnificent Mullet series, where better to start than with the guys at Moon Dog? So, on the day they release their Wet Nurse Tonic, here’s their contribution to the world of beer naming, courtesy of Josh Uljans (above, sucking beer from a barrel), who explains up front that: “Here at Moon Dog we run numerous focus groups to identify a name for each beer that will resonate with our target psychographic. The focus groups include: me, Karl, Jake. The target psychographic is: me, Karl, Jake.”

Karl and Jake are his fellow brewers. Anyway…

How important is the name of a beer?
Beer names are very important, because they name our beers. It’s like having a child and not naming the child and just calling him or her “child”. They’d get bullied at school (although I guess no one could make fun of their name. No one really made fun of my name, but there were a lot of mispronunciations, and even more misspellings. Do you think Tori Spelling ever had issues with people misspelling her surname? But i digress).

How do you come up with names for your beers?
The basic process is: look at the various characteristics of that beer, abstract those characteristics into themes, align those themes with a Baltic fairytale, take the first, fourth and seventh letter in the name of the protagonist in said fairytale, type those letters into Google and pick random words from the various entries in Google that sound nice and rhyme.

Do you have a favourite among your own beer names? If so, why do you like that particular one?
Henry Ford’s Girthsome Fjord – I like the fact that it doesn’t really fit on our label.

What’s your pick of beer names from others?
How can I go past Auld Bulgin' Boysterous Bicep?????!!!! I see the force is strong in this one. [Flattery will get you nowhere (that free beer won’t get you faster), Ed] 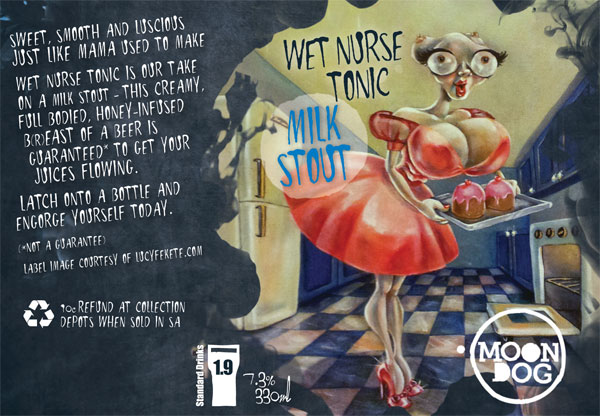 How did you go about naming specific beers?
It’s a weird process…. and really not dissimilar to the tongue in cheek answer before. We generally try and think of what it is that’s interesting about a beer and try and find some kind of thing (pop-culture reference or the like) that fits with it.

Or rhymes with it.

Or we hear something amusing and think “That’d be a funny name for a beer” and design a beer to suit a name.

Cheers, Josh. One can only imagine such contributions will end up in the Smithsonian Collection at some point. So, readers, do you have favoured beer names? Do they ever make a difference to your purchasing or are they merely something that might make you chuckle?

Next up: Red Duck