The Nomads Hightail It Into Mudgee

The Nomads Hightail It Into Mudgee

What do you get when the family behind one of Sydney's best known breweries takes inspiration from their own favourite venues around the globe and open a second venue? In the case of Three Tails Brewery and Smokehouse, great beer and kick ass barbecue.

Johnny and Kerrie Latta, founders of Nomad Brewing Co and Experienceit Beverages importers and distributors, opened their second brewery in Mudgee this weekend with a focus on a hyperlocal yet American-inspired food and drink.

They see the rustic vibes of Three Tails as a carefully crafted love letter to some of their favourite joints around the world, particularly in the US.

“We’ve been to so many amazing venues across the world, but a few stood out to us as something we wanted to try and pay homage to,” Kerrie says. “Maybe our favourite ever venue, Fette Sau in Brooklyn, was something we loved the entire vibe of.

"It’s all about engaging with your local scene and enjoying some great beer and great food.”

Embracing the local community has been an easy task for the couple, who first became involved in craft beer while living in Northern Italy and importing Italian wines into Australia. They described Mudgee as their “home away from home” for the better part of 20 years.

“We have a farm out in Mudgee," Kerrie says. "We’ve always toyed with the idea of opening up a brewery there.

“There were a couple of people we knew in town who were very big on the idea of bringing a new craft beer venue to Mudgee, so we got together and talked about it... eventually the idea of Three Tails just grew.”

Those people are Mick Ash, a local businessman, cattle farmer and craft beer nut, and local publican Ned Kelly, with their partnership leading them to the name for the brewub. As Kerrie puts it: three partners telling tales which then morphed into Three Tails with the link to the smokehouse.

While locally-brewed beer will be running through many of the 18 taps at Three Tails in short order, not least when the 800 litre brewkit is installed, when it comes to the culinary side of the business, that's in the hands of Smokin Bro & Co, who will be firing up the smoker in their new permanent home at the venue.

They've enlisted some serious power too in the shape of their locally-fabricated smoker, The Governor.

When it comes to the beers running through those 18 taps, visitors can look forward to a mix of local and international beers, with Three Tails and Nomad beers joined by many from the Experienceit roster, such as Alefarm from the US and New Zealand's award-winning Deep Creek.

As they prepared to welcome guests for the first time at midday on Good Friday, Kerrie told The Crafty Pint: “There are no butterflies. We look at what we can do at Three Tails for our local community and there’s nothing but excitement.

“Mudgee is going gangbusters – it’s an amazing tourist destination and we’re really proud to be part of the community.”

Three Tails Brewery and Smokehouse is at 13a Lewis Street, Mudgee. You'll find it and hundreds of other good beer venues across Australia in the free Crafty Pint app, helping beer lovers you find good beer wherever they are. Gage Roads have today announced plans for a brewery and venue at Fremantle's Victoria Quay. The family-friendly destination overlooks the stretch of ocean that inspired the brewery's name. read on 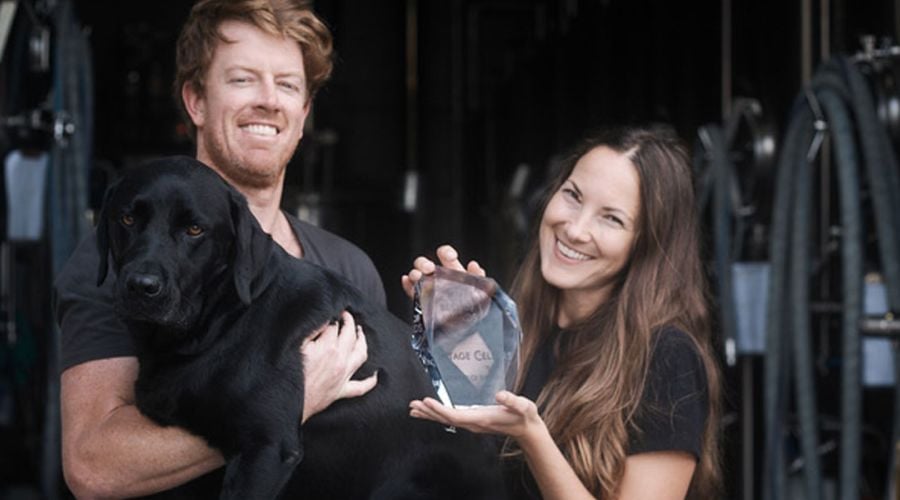 Who Brews In The Woolstore?

Sitting in a WA brewery's beer garden watching people of all ages – and their dogs – have a great time saw Kylie and Chris Ind pledge to bring those vibes to Mount Gambier. Now, with the Woolstore Brewery, they're doing just that. read on