For anyone closely involved in the Australian beer scene, one notable absence from this year's normal way of life has been beer awards. The Australian International Beer Awards usually take place during Good Beer Week in May and herald a steady stream of similar events, but COVID-19 put paid to that.

Things returned to some sort of normality last night in Perth, however, as the brewing community from across the state gathered for the Perth Royal Beer Awards. And there was much for hometown brewers to celebrate too, not least Blasta, the Burswood brewpub-based operation launched by expat Scot Steve Russell who we featured on the site yesterday as they celebrated a different kind of win.

They took out six medals and four trophies in total, including the coveted Champion Beer title and Champion IPA (Draught) for their Chainbreaker IPA, deemed the best of the hundreds entered by a panel of experts. Blasta – Scottish slang for delicious – also won Champion Small Brewery and Best Hybrid & Specialty Beer (Draught) for their "quad fruited" sour Rampant Raspberry.

Steve thanked his team, saying: "All we do is try to make the best beers possible. Just like every other brewery in WA."

Otherside GM Steve Finney said: "The team have put it a massive amount over COVID, and this reflects our team culture".

The Champion Large Brewery title was claimed by Lion and Best New Exhibitor went to King Road Brewing Co, the family-run operation south of Perth that's in the midst of expansion, with Best Packaging and Design won by Feral for Dirty Biggie in a category in which designer Jarrod Fuller of Zendoke won a remarkable seven golds for his work with Margaret River Brewhouse and Boston Brewing.

Speaking ahead of the awards evening, chief Judge Will Irving said that the competition across all categories had been incredibly strong.

“We’ve seen big growth in the number of pale ale and IPA entries winning gold medals this year," he said. "It shows that hops are still king and there is still a huge drive across all brewers in producing those great, expressive hop-driven styles.

“We’ve also seen a steady increase in the number of sours being entered, though not the huge boom that many were expecting.

“All in all the quality and consistency across categories in 2020 has been pretty exceptional, especially when you consider all the challenges the industry has been facing this year with COVID-19."

He described Blasta's year as "incredible", with "quality there throughout all their entries", adding that Boston "deserve the recognition they've received for their three trophies and five gold medals across a wide spread of categories."

Judges worked through 395 entries across 104 separate classes in a competition that's part of the Perth Royal Food Awards programme. 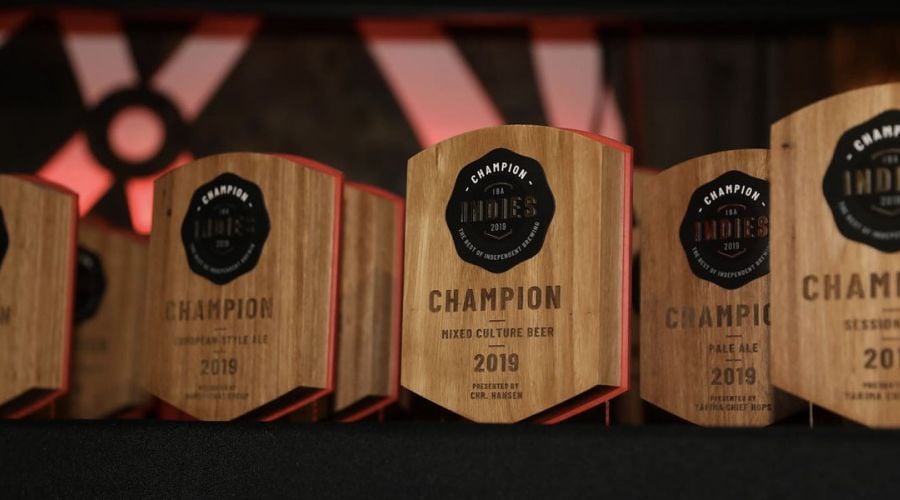 White Bay claimed Champion Beer for their Lager at the 2022 Indies, a night on which Moffat Beach continued their remarkable run of form, and Jade Flavell of The Wheaty won a Champion Brewery trophy and the Services To Industry award. read on