He doesn’t have much time for it these days but Five Barrel’s Phil O’Shea remembers his homebrewing days well.

Some of the beers in the Five Barrel stable started out as brews he'd first made at home and, while he brews for a living rather than at home these days, Phil makes sure the brewery stays connected with the homebrewing scene in his hometown of Wollongong.

He’s shared the recipe for a beer on social media – because a homebrewer asked for it. He’s also knocked up a 650 litre batch of wort and given most of it away to homebrewers: anyone who turned up at the brewery with a clean plastic fermenter was able to leave with it filled with wort – free of charge.

It's an approach that makes sense – and not just because the local homebrew club, the Illawarra Brewers Union (IBU – geddit?), is strong. After all, who would be better placed to appreciate good beer than those who spend time at home making it themselves?

But for Phil it’s also about tapping into their knowledge.

“There’s a lot of innovation out there in the beer world and quite a lot of it comes from funny little ideas that we all have,” he says.

“I think it’s really fun to work with other people and draw inspiration from what they’re doing as well.

“It’s something that we’d like to do more regularly, look for more different ways of interacting with the local homebrewing community. It’s actually a pretty big community here in Wollongong; there’s a lot of people who are really interested in it.

“It’s not about creating cheap alcohol; there’s a lot of passionate people out there who are doing really innovative and interesting things and we absolutely want to be a good supporter of that community.”

The latest Five Barrel link to homebrewers is the basis of the Keira Street brewery’s latest release – a set of four beers going under the Ghost Creek moniker. The beer came about after Phil was approached by one of the IBUs - Marcus Zeltzer (pictured below).

“When I was approached by one of the members of the Illawarra Brewers Union to collaborate on a beer I thought it was a pretty cool opportunity,” Phil says.

“I had sampled a lot of beer from Marcus and really enjoyed the beer that he had made. We sat down together and figured out the kind of beer that we would like to brew and then we set out to brew a beer.”

Together they brewed a batch of beer with an English ale yeast and then put it into a 500-litre barrel along with a sour yeast culture Marcus had been cultivating for several years. And then they sat and watched – for a year.

“It’s a constantly evolving environment that happens when beer’s maturing in a barrel and what that requires is constant monitoring,” Phil says.

“We take notes every time we pull a sample from the barrel and we look for a couple of key factors and then we assess whether or not it's changing too rapidly and whether it needs to come out of the barrel.”

When it was ready, they split the beer into four variants. One was left untouched, a second was dry-hopped with Hallertau Blanc, a third was mixed with peaches while a fourth did some time with a Bolivian fruit called achacha.

“Right at the beginning we were pretty confident that we’d like to split it into different things and do some interesting things with them,” he says.

“Marcus and I have been talking for some time about the effect of dry-hopping on sour beers and it was something we definitely wanted to explore together with this collaboration.”

Five-hundred litres divided by four equals not a lot of each beer but Phil has filled the barrel with fresh beer in preparation for next year’s Ghost Creek release.

As for the name, there’s two stories behind that. One is that “creek” sounds the same as kriek – the sour Belgian cherry beer. The other story harks back to the 1800s and a regiment of soldiers who were guarding convicts at work in Wollongong, near a bridge over a creek. One night, the lieutenant came back drunk and found himself thrown in the lock-up. As he sobered up, he realised he would be kicked out of the army and so, depressed and full of remorse, took his own life.

In the years afterwards, people would say they saw the ghost of the solder on the bridge or heard horse’s hooves clattering across the bridge when there was no horse there.

These days the bridge is gone and the creek runs under the road somewhere. But, like Phil's homebrewing roots, the local connection lives on. A pair of 4 Pines brewers have launched a new business designed to ease people into the world of craft brewing at home. We chatted to Henry and Dylan about their hopes for BrewBox. read on 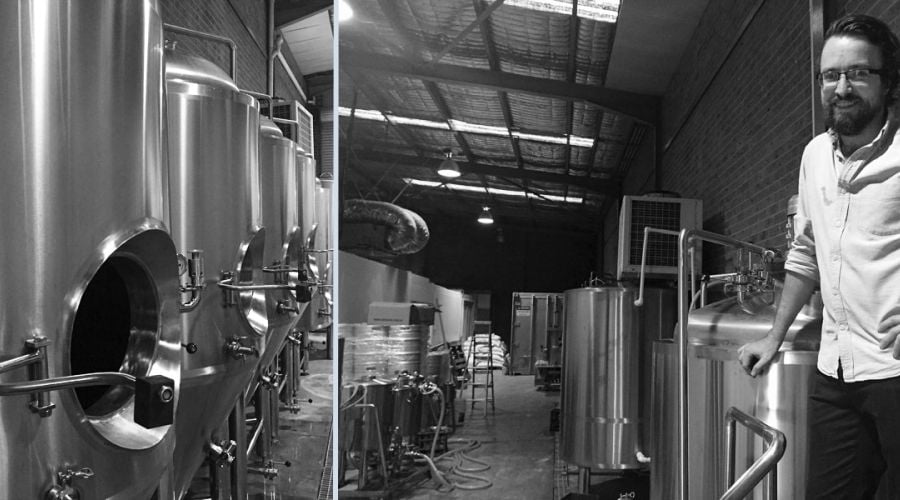 Wollongong is set to welcome its second brewery. Glen Humphries joined Phil O'Shea at the home of Five Barrel Brewing as he prepared to brew his first beers. Look out for the brewery's launch in the coming weeks. read on 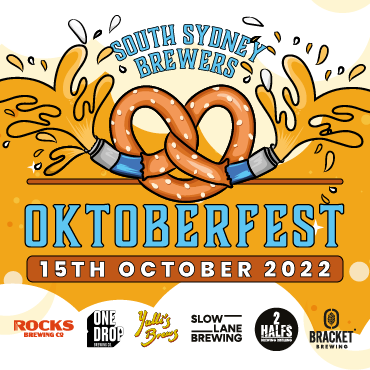