At the end of an often tumultuous week, the wider Brisbane beer community came together last night to celebrate at the second annual Beeries. The awards dinner was attended by members of the Queensland Government, with Cameron Dick MP christened the "Minister for Craft Beer" as he was welcomed onstage to speak after helping launch the state's Craft Beer Strategy.

Eight trophies were handed out at an event that stands apart from other beer awards in its celebration of the people that make up the wider beer scene rather than focusing solely on beer and breweries. The Gold Beery for Best Community Contributor went to Chicks With Ales, which has been working to create a safe and inclusive environment for women in the beer world for the past seven years.

Collecting the award, Kerry Claydon paid tribute to the number of female faces in the room, while acknowledging it remains a male dominated industry in which it will take time to "create a level playing field". She said joy at receiving the award was tempered by the fact CWA was still needed as much now as seven years ago and called on women to support each other and men in the industry to "call out the boys' club" mentality.

"I'm looking forward to the day we don't need Chicks With Ales," she concluded at the end of an emotional speech.

Elsewhere, there were wins for Phil Guillemot of Cellarbrations Bowen Hills, Netherworld bartender Shani Finch (pictured above) who claimed the trophy "was going to look sick next to all the empty beer cans next to my bed", Young Henrys rep Kris Kempnich and Tim Jones of Willie Smiths for Best Cider Maker.

Best New Brewery winners Revel gave a heartfelt thanks to those who had supported them through a tough start to life, while Best Brewer went to Lachy Crothers of Ballistic. The Special Achievement Award was given to Russell Steele, who gave a heartfelt acceptance speech and called on the community to keep pushing their local members for greater recognition and support for the craft beer industry.

Seven of the eight awards were decided by public vote and all proceeds from the night are donated to Brewsvegas, the not-for-profit beer week that runs every March.

Beeries founder Marty Keetels said: “It was fantastic to see so many people from the beer and cider industry come out to support this great industry event.

“On behalf of The Beeries Committee I would like to extend my congratulations to all award winners and thank those in attendance for making the night such a success.”

Attention now turns to the Beer InCider festival taking place tonight and tomorrow, with more than 10,000 attendees expected for the Saturday session.

The Crafty Pint would like to thank The Beeries for inviting founder James Smith to be a guest speaker on the night and those in attendance for agreeing to take part in a video message for his mum and dad. 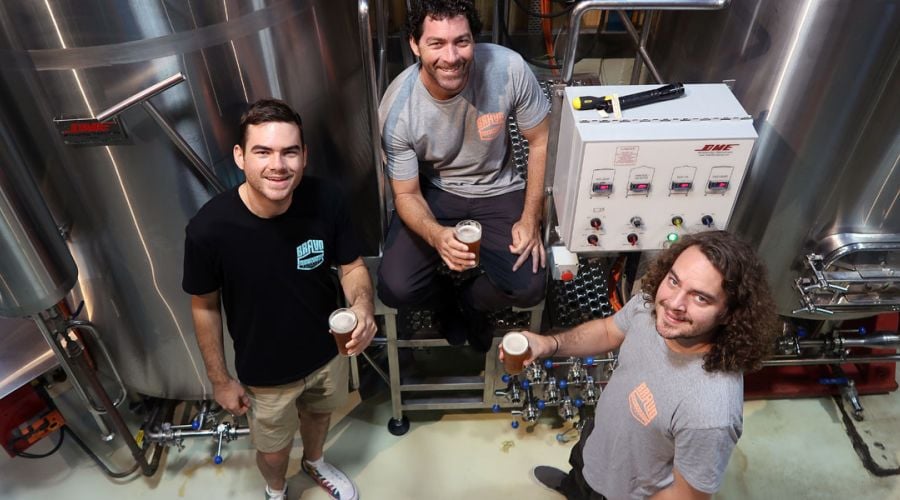 It's been another successful excursion to the International Beer Cup in Japan for Australian brewers. Both Mountain Goat and Edge picked up gold, silver and bronzes with Brisbane's White Lies completing the picture with a bronze. read on