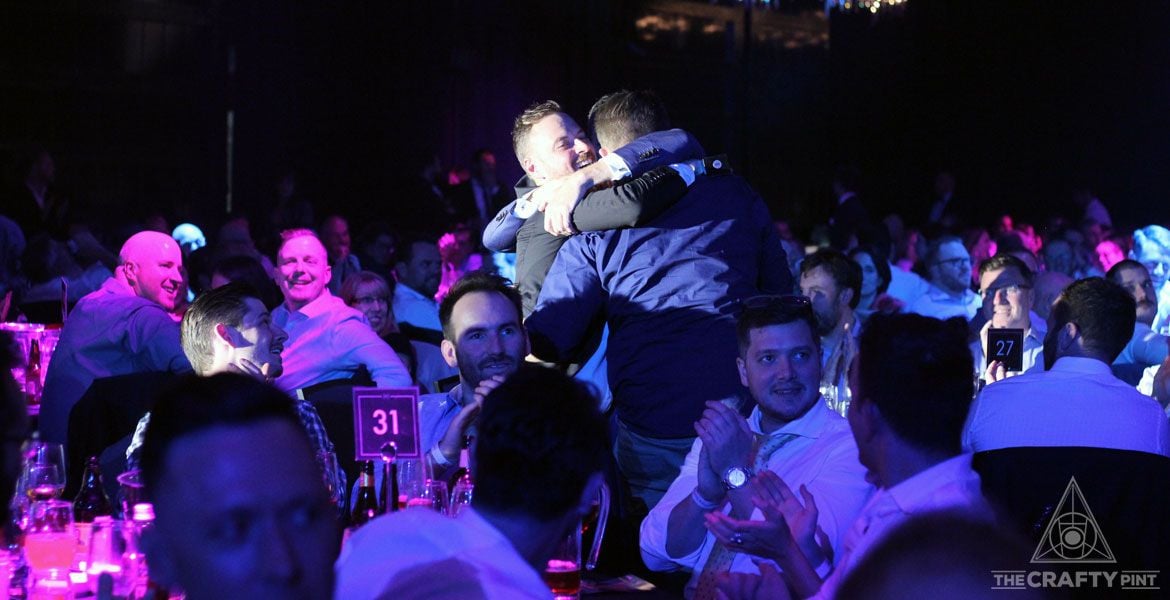 It was clear from early on that some of Australia's smaller brewers could be in for a good night at the Australian International Beer Awards. The likes of Black Hops, Beerland and Hope Brewhouse were racking up gold medals like they were going out of fashion, even if many of the early trophies went overseas.

And, at the end of what has to have been the sweariest of nights in terms of acceptance speeches, many of those smaller operations were going home with silverware. Beerland, the name for the brewing company behind WA brewpubs Northbridge Brewing Company and Whitfords, found in a shopping centre in a north Perth suburb, took out Champion Australian Beer for its Wheat, bringing to the stage Ken Arrowsmith, a WA brewing legend, not just for his lengthy career at Swan but for being the face of Emu Bitter.

"It's been a magnificent night for us," he said. "We love this industry."

Elsewhere, Philter continued its run of glory since launching last year, with another trophy for its XPA in the Best Australian Style Pale Ale category on the way to winning the trophy for the best Australian Gypsy Brewer – a more than decent return for a first foray into the AIBAs.

An effusive Sam Füss said: "Are there any children in the room? Because it's all going to go pear-shaped."

She went on to thank her business partners, Michael Neil and Stefan Constantoulas, who handle the non-brewing side of Philter, for the past year-and-a-half, describing their relationship as like "a beautiful family".

"I met these dudes and had a really good chat. I said, 'I want to make good beer and have some fun with it."

And, with an ever-swelling cabinet of trophies, that's what they're doing.

The Champion Small Australian Brewery gong went to the Gold Coast's Black Hops (pictured above), with the Medium title also heading to Queensland, as Green Beacon upgraded from their Small trophy last year, and Mountain Goat continued its winning run by taking out Champion Large Australian Brewery, proving its sale to Asahi hasn't dented the quality of the beers coming from its Richmond home.

"We had a little chat before and they said, if we get up onstage, can Govs not talk," said Black Hops brewer Michael "Govs" McGovern. "I'm sorry..."

He added: "I'm never surprised when we achieve great things because that's what we expect of each other and that's why we're here amongst you. Thanks for giving us the motivation to be better."

Other champion trophies went to the tiny Brownstone Microbrewery in Melbourne's east, where Steve Henderson has been mentoring young brewers; his latest student, Kris Domagala, was visibly shaken to take the title, saying: "This is an unreal moment – my first entry into a commercial competition. I'd like to say he taught me everything I know, but I brought in a little bit of experience."

Will Ziebell, The Crafty Pint's senior writer, also seemed to be in shock when collecting the Beer Media Award*, declared a clear winner by co-host and judge Peter Mitcham, while Tom Delmont collected a new trophy for Excellence In Consistency for Fixation Brewing.

"I bloody love this industry," said Tom, in one of the shorter acceptance speeches of the night.

There was success for several of the older hands of the local scene too, with many beers that have proven their sustained appeal over the years taking trophies: Holgate won Best Porter for its Temptress, Hunter Beer Co got another trophy for its cult classic Bock, Moo Brew won out in the Pilsner category and Two Birds collected another gong for Best Amber/Dark ale for the Sunset Ale.

John Stallwood from WA's Nail Brewing added to his sizeable trophy haul amassed over nearly 20 years thanks to one of his newer beers, the mid-strength MVP that our WA writer Guy Southern described as a "category killer" when he first sampled it at the brewery. And adding another layer of colour was a trophy for Hawke’s Lager, a beer was launched in association with the famously beer-loving former Prime Minister, designed by former Monk and Colonial brewery, and now Hop Products Australia man, Justin Fox.

There was plenty of geographic spread when it came to handing out the awards for international breweries, with champion trophies and major awards going to a mix of faces new and familiar.

New Zealand’s mini stranglehold on the Champion Small Brewery trophy continued, with Upper Hutt’s Kereru Brewing Company taking the trophy home – the fifth time in the past six years the gong has been won by a brewery from across the Tasman.

Firestone Walker won Best European Style Lager, while Melvin Brewing is in the news for a good reason after it got up in the highly competitive field of Best New World Style Pale Ale with its Hubert MPA. Wormtown Brewery from Massachusetts won Best Stout for its Spies Like Us Russian Imperial Stout – the same award it won with the same beer back in 2016 – and it wouldn’t be the AIBAs without Oregon’s fabled Pelican Brewing Company taking home a trophy of some kind; the serial winner picked up Best Specialty Beer for its whisky barrel aged Wee Heavy, Captain of the Coast.

Elsewhere, the Best International Lager category saw 2017's Champion Large Brewery, Dagon Beverages from Myanmar, back it up with a trophy for their Dagon Lager Beer. Proving that beer’s geographical boundaries are fluid, the Best European Style Ale was made in Hong Kong (Cha Chaan Teng Gose from the Young Master Brewery) while the Best Scotch Ale (Bohemia Wee Heavy from Cervejaria Bohemia) came from Rio De Janeiro.

Closer to home, New Zealand’s Bach Brewing backed up its trophy from 2017 with another in 2018 for its Bullfish APA in the Best International Style Pale Ale category while the world’s oldest brewery, Germany’s Weihenstephan, was recognised with an award for Consistency of Excellence for its Kristall Weissbier.

You don’t need a design degree to have noticed the way beer is presented these days is a far cry from the traditional labels of yesteryear with colour, creativity and cans seeming to have become the three new Cs for budding brewery artists to live by.

Yet, despite designs and concepts getting more inventive each year, it was more a case of keep calm and carry on as Colonial Brewing backed up its Best Label award from 2017 by winning again in 2018 for its South West Sour. On the outer front it was the Kiwis with the jagged little mill packaging that won Best Design, the trophy now heading over The Ditch to the Sawmill brewery in Matakana.

*The Best Media award is sponsored by The Crafty Pint. All judging is carried out by an independent panel of writers and others working in the wider world of media. 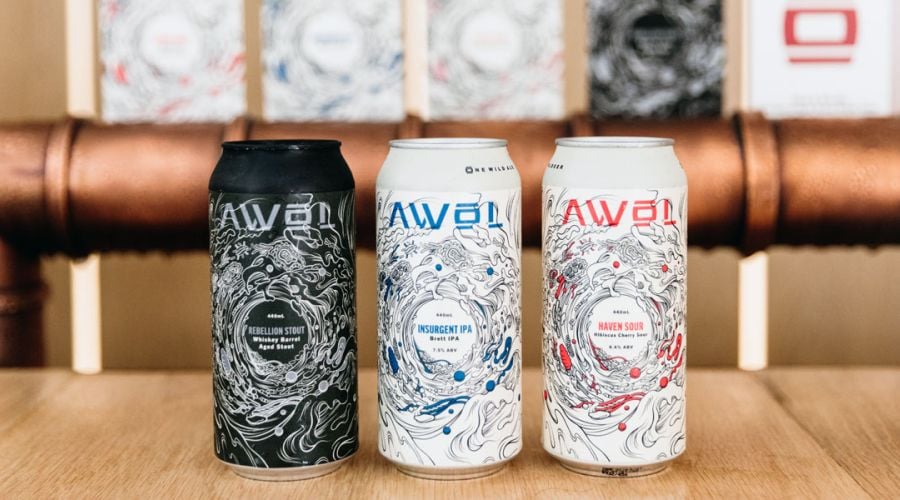 The Gold Coast has added another notch to its brewing belt with the opening of the region's first barrel room. AWOL sits behind Black Hops' original home in Burleigh Heads and is already home to more than 100 barrels. read on