Brisbane isn’t the sleepy little country town it used to be. Oh no, this place is a classifiable metropolis now, its inhabitants endowed with our own suburbs, traffic jams, frustratingly limited parking and public transport that services the CBD at times most convenient for office workers.

One of the fastest growing cities in the country, the capital of the Sunshine State is flippin’ hot pretty much all year ‘round. And a hot day in sunny Queensland makes for a big thirst, one that we can unequivocally say is no longer satisfied by mere XXXX.

For a long time, the only way a suburban-dwelling good booze drinker could get their hands around a decent cocktail or craft beer was to brave the inconsistent public transport into the CBD and cop a hefty taxi fee home – a pricey commitment that made craft beer inaccessible to many, at least on a regular basis.

So, while the likes of The Scratch, Archive and OG Tippler’s Tap in its hidey-hole along Masters Street were abuzz with punters since way back in 2012, the greater population – the residents living beyond the inner-city hipster gaggle – remained vastly unaware of just what was brewing. That remained the case until the likes of Cassie Potts and Brett Fitzpatrick at Fitz + Potts and Gillian Letham and Gerard Hartnett of The Oxford Tap House noticed the under-supplied niches in their home neighbourhoods and decided to do something about it.

Since the establishment of these two good beer havens – the former in Nundah, the latter in Bulimba – others have quickly followed suit in supplying the good stuff to their 'burbs. Now the numbers without easy local access to a diverse range of quality booze are becoming few and far between. It’s a win-win for punters and a certain sign of the blossoming relationship between good beer and the people of Brisbane.

Indeed, such has been the growth of suburban bars around the city that we're splitting this Crafty Crawl into two parts. We start north of the river and you can check out our trip south here.

Opened in June 2017 by the team behind Greenslopes, Hawthorne and West End Cellars, Tapworks lies smack bang in the middle of Chermside shopping centre’s newest extension and is teaming with punters seven days a week.

Whether you're a veteran crafty or a local newcomer to the ever-wider world of beer, you'll find staff filling hungry shoppers with food from their seasonal menu, helping pair food with beer and popping in a little beerducation along the way.

Tapworks is big and shiny, just like everything else in the mall, but it's also unpretentious and relaxed, balancing big breweries next to local and micro breweries, ensuring the 30-tap lineup always features something familiar, something punters should get to know, and something a little bit weird for the more adventurous.

The sheer fact that Tapworks exists in Australia’s second largest shopping mall is an undeniable sign of the rise of craft beer in Brisbane. Good on ya, legends.

You’ll find Tapworks in the Westfield Chermside mall, on the corner of Gympie Road and Hamilton Road; there are plenty of car parks but, better still, there's a bus hub on at the Hamilton Road end.

The establishment of a craft beer bar on the main arterial road of north Brisbane feels intuitively metaphorical for the state of craft beer in Australia. It's little secret to those who stumbled upon craft beer some time ago that this thing we hold in pints is a growing movement. Yet, initially this fringe endeavour by a few bold and creative folks remained unknown.

Today, the challenges of scouting out a hole-in-the-wall bar just to get the goods are over, meaning a bar dedicated to craft beer on one of the busiest roads in Brisbane can thrive. Some say the name Sasquatch is an ode to the owners' trip to the Canadian Rockies and spiritual home of Big Foot. The wiser few know it’s a nod to Aussie entertainment legend The Big Les Show.

Regardless of semantics, the aesthetic and vibe of Sasquatch are welcoming, friendly and homely: open and well lit, with big share tables, quirky lighting and ferns hanging from the ceiling, plus an outdoor dining deck.

Cassie Potts created a space that genuinely encapsulates everything good about suburban Queensland. A D.I.Y conversion of an office has turned the space into the most Queenslander house-style bar in the 'burbs. If it wasn’t for the bar at the entrance you’d be forgiven for thinking you’d stepped inside a 1970s design museum. The big old deck is kitted out with a tiki bar, outdoor movie screen and, in summer, bars stools plonked in kiddy pools to keep your footsies cool.

Look, we know you’re here to read about the best places to grab a bloody good beer on the north-side, and we’ll get to that. But can we just stop and take a minute to appreciate the space that is Fitz + Potts. Just holy goddam, each room is oozing with retro-kitsch style that makes spending a couple of hours on Gumtree searching for a laminate round dining table seem reasonable. Never will you want textured wallpaper as much as you do when you’re sitting in the very groovy living room (see photo at top of article).

Not convinced? Put some pants on and leave the house – it’s worth it. If the promise of an eye feast isn’t good enough for you, what about an actual mouth feast? Because you’ll be getting that too. From liquid treats to chewable goods, Fitz + Potts put on a bloody decent spread: simple home cooked food that’s inclusive of all diets gets washed down with your choice of beer, spirit or cocktail. Head down for a lazy Sunday session or pop along to a craft workshop, meet the maker event, movie night or costume party. There’s truly something for everyone.

Head to 1180 Sandgate Rd, Nundah (upstairs), and see it for yourself.

When local residents Base Architecture began recent renovations of their office building the last thing they expected was to find a cosy basement-like space. The building that celebrated its centenary in 2016 has had many lives in its history, but a café and bar was not one of them.

Formerly a savings branch for Commonwealth Bank, office suites and then a post office, when Base head honcho Shawn Godwin stumbled upon this hidden spot, he knew exactly what it was destined to be.

The name Quincy’s is an ode to Godwin’s favourite architect, Archibald Quincy Jones, who hails from 1930s LA. Quincy Jones became famous for his modern designs and urban planning which emphasised the retention of neighbourhood greenery and environmental consciousness. He was one of the first architects to look at building design and development as a means to create communities.

In the bar that bears his name, cosy bench seating forms three distinct booths on the periphery in na space clearly designed to be the alternative to your living room. Bar manager Joe Beesley ran with the community ethos and began to source (pretty much entirely) Australian only goodies to line the bar and pour from the taps. With a modest three taps, the lineup at Quincy’s is focused on approachability, but that hasn’t stopped them from brewing a hop-forward collab I Know What You Did Last Summer Ale with All Inn Brewing.

If community is on the mind, then it’s only natural craft beer is on the menu, as it is at Quincy’s, 64 Thomas Street, The Grange.

Racecourse Road in Ascot is no stranger to a cheeky alcoholic beverage or two. Once a year, the area gets its local news plug when drunk Ekka race day punters start flailing about the main street, high heels in hand, and with suited men having made the transition from dapper to disheveled.

The upmarket area has always proven something of a juxtaposition to these boozy affairs. But that’s not to say the locals don’t like a good drink when they find it. And that, friends, is where The Stables fits right in. Since opening nearly three years ago, the team at The Stables has seen a steady increase in the number of locals finding joy in a pint of the good stuff.

For the team putting together the lineup for the seven rotating taps, the focus is on approachability. As for the fridges, well it’s anything gose, from sours to barrel aged beauties. The relaxed venue offers a semi-formal dining experience where waitstaff guide customers in choosing a complimentary beverage pairing. Much like suburban pals Quincy’s, the focus at The Stables is in keeping it local and supporting those around them.

The Stables is located at 121 Racecourse Road, Ascot.

Behind a blue wooden door in the heart of Alderley lies a cosy space adorned with bright green plants popping out against a timber fit out. The space was handcrafted by owners, Larraine Henning and Leigh Graham, whom you’ll find behind the bar on any given day they’re open.

If they’re not serving up your beer, you’ll find them busily making the pickles that adorn their namesake dish, the Ploughman Board. When you take a moment to realise that not only are the pickles house-made, but they’re often made using ingredients sourced from the local Lot 81 micro farm, a community organic farm, it immediately becomes evident there's more going on at Ploughman than just a space to sink beers. Though, of course, it serves that purpose well too.

Leigh and Larraine are interested in bringing their guests treats that are made with love and creativity, from local artisan breads and cured meats, to small batch spirits, cider and beer. Ploughman has a strong community focus, regularly hosting local musicians and food trucks.

If you’re looking for a place to hang out, play some board games and enjoy handcrafted fermented delights, the Ploughman can be your new home from home.

Also in the area

You can view other Crafty Crawls from around Australia here and part two of this one here.

About the author: Jules became involved in craft beer because of the people, but she's stuck around for the flavours. When she's not behind her computer, you'll find her behind the bar at Tippler's Tap. Hot on the heels of our first Crafty Crawl – a guide to the craftiest spots on the 86 tram – here's another. Kerry McBride has been out in her local 'burbs to pick out some of the best beer venues to check out in Richmond and Abbotsford. read on 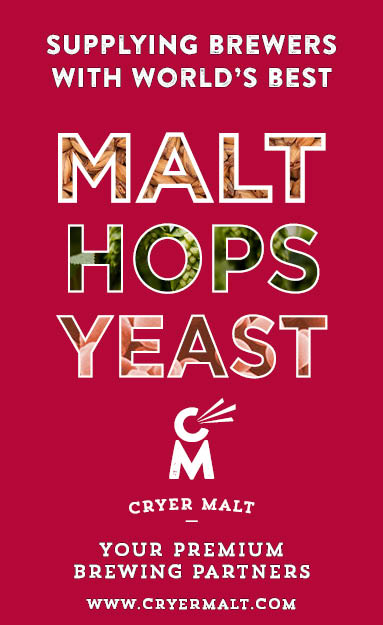