If you visit 3 Ravens Brewery in Thornbury and cast your gaze high and low, into nooks and crannies, behind doors and up stairs, you'll spot all manner of containers – old tanks, oak barrels, vats – dotting the place. There's a very good chance that almost all of them will contain liquid that will at some point become part of a dastardly scheme by head brewer Brendan O'Sullivan. A dastardly scheme that will almost certainly involve some form of bacteria or "wild" yeast, quite possibly an element of blending and, just as likely, some outré addition before it reaches your glass.

Since joining the brewery and later becoming head brewer, he has set out on a mission seemingly to retrofit pretty much the entire joint as some sort of laboratory for the sort of projects he began as a homebrewer, back when sour beers were far from the beer world's daily lexicon; indeed, even Brendan (pictured above with Chris Moore of Sailors Grave), a sour beer obsessive, never believed such styles would rise to prominence as (relatively) quickly as they have.

But, having won trophies as both an amateur and professional for Berliner Weisse styles and currently three releases into 3 Ravens' Wild Ravens multi-fermentation, blended beer series, he and the breweries he brews for (his Berliner Weisse series is released under parent brewery Mash Brewing's banner) should be well set to reap the rewards.

Add in the fact that beers existing far away from those on the beer spectrum – Ravens' American Double IPA, Juicy IPA, Double Black to name three – have also enjoyed critical and beer geek acclaim, and that he's joined in the brewery by a team of fellow enthusiastic adventurers, and it should be easy to see why this site's founder picked them as one of seven local breweries to look out for in 2017 in a James Halliday Wine Companion article.

But enough blowing smoke, here's Brendan to tell us a little more about his journey from the world's of science, music and art in Perth to one of barrels and bugs in a Melbourne warehouse.

I gave up some of my favourite subjects (music and art) to concentrate on science in pursuit of an altruistic career in Mechatronic Engineering, but realised I was chasing someone else's dream. When I realised the potential to apply the things I loved about science (maths, chemistry, automation) to such a creative, culturally rich and physically demanding industry it was pretty obvious, so I convinced myself I could better the world with beer.

The camaraderie and general happiness I witnessed amongst the WA Brewers Association was reassuring and a fiery passion for the finished product didn't go astray.

If I hadn't come to my senses, a Mechatronic Engineer – but probably a cheesemaker or coffee roaster.

Weihenstephaner Kristalweissbier. It blew my mind that such unique and distinct flavours could come from fermentation.

Selling Weihenstephaner Kristalweissbier! In my second year of uni, while recovering from sinus surgery, I was forced to give up the dusty manual labour jobs I had been doing, so applied for what seemed like the dreamiest of dream jobs advertised in an International Beer Shop newsletter: “Beer Taster”.

It seemed like a long shot, but I had a strong work ethic, good references and – unbeknownst to the job specifics – inquired about availability of the Alcohol Free Weihenstephaner Kristalweissbier in my email application (as my antibiotics prohibited alcohol). I was stoked to have an opportunity to share my enthusiasm for such a great product.

I've brewed close to two thousand batches at home and work over the last 13 years, so picking just one is pretty daunting. Technically speaking, one of the gold medal or trophy winners I've brewed at Ravens would probably be up there – Little Ravens Imperial Stout (bourbon and whisky barrel aged, peated American RIS with Madagascan vanilla and home-roasted Peruvian cacao) was a highlight, as were last year's Double and Juicy IPAs.

On a homebrew level, a Shiraz barrel-aged blueberry Berliner Weisse “Smurfette” that I brewed with a mate was pretty magical. “Figedaboudit” – an American-style wild ale I aged on oak-smoked green figs had me absolutely frothing – though I struggled to find many (read: anyone) that shared my enthusiasm for it. I regularly brew Islay Pale Ales for the home kegerator so perhaps it's saying more about my love of smoke than the quality of the beer.

In retrospect the Samurai Catfish “Gyoze Gose” brewed for The Catfish's second birthday – kettle soured, dry hopped and flavoured with Katsuobushi (smoked, fermented and dried skipjack tuna), shiitake mushroom, kombu, wasabi, yuzu (juice and zest), salt and MSG probably had a few too many ingredients. It was a fun beer but a very hard sell.

Kieran at The Catfish was very polite about it, and helped me sleep at night by reassuring me that staff from Cutler & Co were sneaking across the road to pound it on their lunch breaks.

Firestone Walker. They have an incredibly diverse range, impressive quality and an amazing wealth of knowledge (particularly hops, wood and now wild/sour) in their brewing team – and to top it off they are rad dudes.

Feral was always an inspiration coming up due to their uncompromising approach to style and quality. Emerson's ignited in me a love for pilsner and “Ordinary” bitter, and 8 Wired for a lot of the same reasons I love Feral.

Cantillon Gueuze. It's like licking a supermodel's armpit after a long, hot pony ride.

Probably a timeless classic like Smash Mouth's All Star on repeat. Does it ever get old?

I'd drink a lot more cheesy French cider if I could afford it. Whisky is right up there but gets me white girl wasted. If I was impervious to the effects of caffeine I'd drink coffee all day.

Brewers are often easily influenced – consciously or otherwise. Be mindful of who you share your best ideas with until you've executed them, or risk being beaten to the punch.

Don't be a dick! Michael Jackson's eloquent and approachable style of journalism made beer inviting, engaging and exciting, and was a refreshing contrast to the snobbery and elitism prevalent in... competing industries. Remember that beer has always been (and should always be) the “people's drink” and that being negative is damaging – both to your reputation, and to the growth of an industry with such great potential.

Respect other's experience (or lack thereof), share knowledge without condescension or ego and try to help people find something they will personally enjoy. How does that Ben Folds song go?

You can join The Crafty Pint and Brendan for a masterclass on the power of sour at next week's Good Beer Week Gala Showcase. 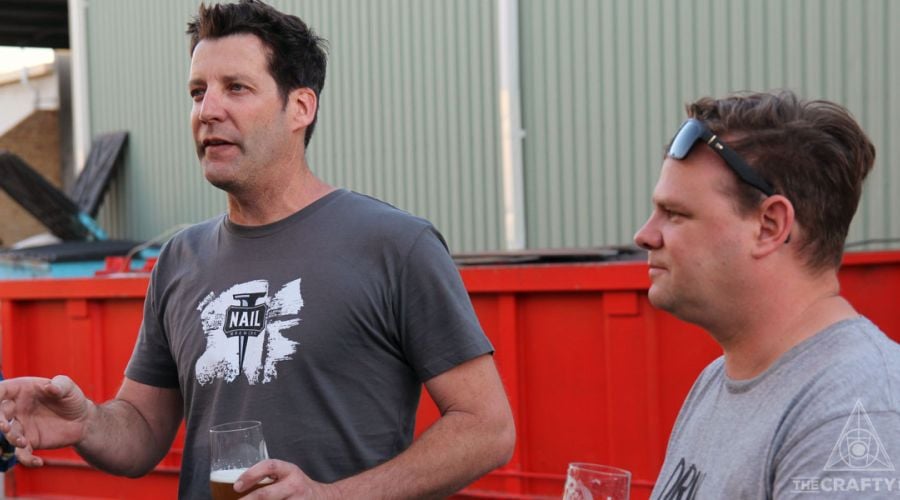