Doctor's Orders Brewing could lay claim to being the archetypal gypsy brewing company in Australia (although founder Darren "Doc" Robinson prefers "cuckoo" to gypsy, given he takes up residence in other people's nests to create his beers).

This year saw the gypsy-cuckoo turn seven, an anniversary that's being celebrated on December 2. In those seven years, Darren has created some of the most unusual beers to reach local drinkers' lips, including many Australian firsts. He's brewed with squid ink, created all manner of sours before they were cool, is one of The Wheaty's regular collaborators (or "spooners") and has never been afraid to turn the booze / oak / adjunct list up to 11.

In advance of his seventh birthday party, we invited him to take part in our Brew & A series so we could find out a little more about what makes the Sydney-dwelling Kiwi tick.

When I moved to Australia 20 years ago the beer was very ordinary.

I am also an IT Identity Management Consultant. I wanted to be an architect but thought I’d be clinically dead after five years at university. Electronic and Software Engineering was only three years.

Pre craft beer (when I was in my 20s), it was Speights Old Dark. A few years later, Hoegaarden Grand Cru.

I was a obsessed home brewer and a few mates started brewing commercially and they dragged me in.

The next one. This week it’s Tonic our Witbier / Tonic Mixer we’re releasing for Summer.

(Darren says the beer is designed to pair with gin from Baker Williams (Mudgee). He says: "The citrus forward Gin makes Tonic pop.")

Not yet, but there are still plenty that I haven’t pulled the trigger on that have potential failure written all over them.

3 Floyds. The beers, the music and the vibe.

Ben at Bridge Road, Brendan at 3 Ravens and Stu at Yeastie Boys.

Anaphylaxis [his NZ Manuka Smoked Black IPA with Chipotle]. That beer still amazes me with the balance and complexity.

A playlist of alternative, metal and Australian hip hop from 1990 to 2015.

Advice to probably not do it commercially ;-)

Hangovers are an occupational hazard.

Thanks, Darren. You can join him for birthday drinks (and he's putting on a vast array of them too) at Creek and Cella in Leichhardt on December 2, 2016. And you can keep tabs on all things Doctor's Orders Brewing (and order some prescriptions) here.

We've also lined up a case of new release Tonic – read about it here – as part of our final major monthly prize draw of the year for members of our Crafty Cabal beer lovers bonus scheme. We'll reveal the full December prize lineup soon... 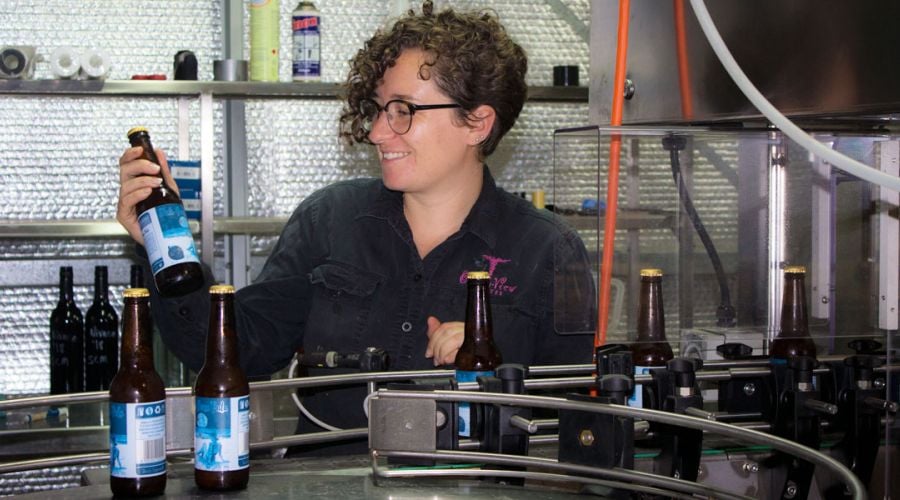 She grew up helping her dad on the family winery before a trip to Germany sparked a passion for beer,leading Hannah Hontef to build a brewery at Ocean View Estates. We dropped in to find out more. read on

He first learned about beer at his dad's legendary homebrew store and, after filling in where needed, rose to become head brewer at The Lord. On the back of his recent trophy win, we invited Andrew Robson to be part of our Brew & A series. read on