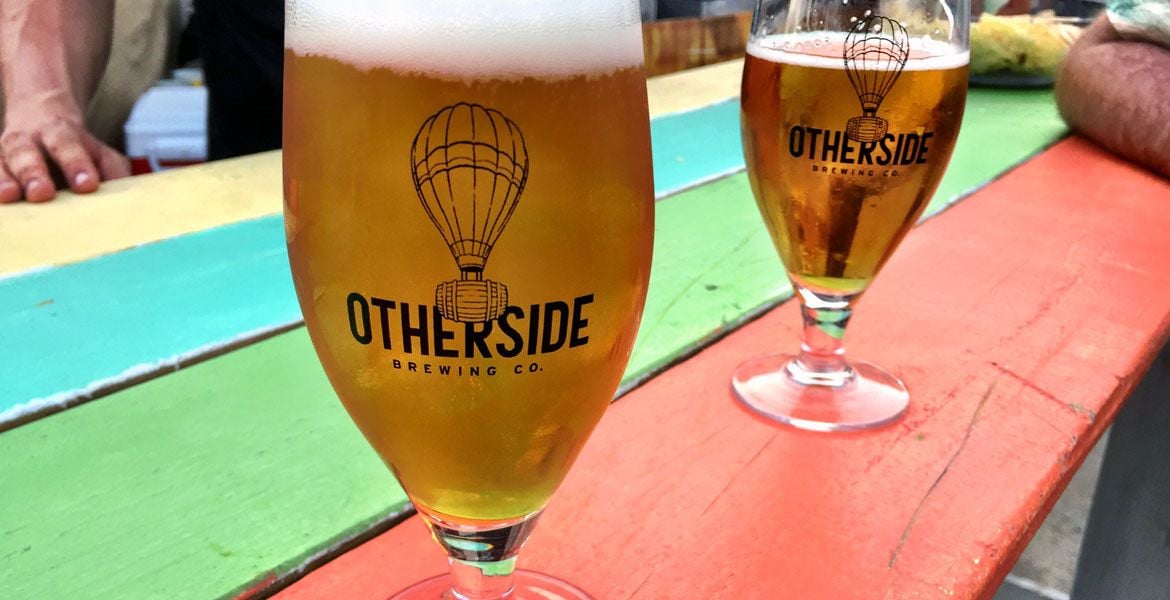 Young WA operation Otherside Brewing’s arrival on the scene came through an association between Sunset Events and Beerfarm in Margaret River. The pair planned to launch a beer and cider brand together but, after a few first dates in public, hanging out at music festivals and bars, decided they were better off as mates than as a couple.

Sunset Events is best known in the state for running major shows and festivals, such as West Coast Blues & Roots, Southbound and the Perth leg of the St Jerome's Laneway festivals, and has run some of its gigs at Beerfarm in Metricup.

The idea with Otherside was to capture the spirit of their events in a booze brand. So, throughout 2016, operations manager Seb Levy, who Perth beer drinkers will know from his previous roles at Petition Beer Corner and at Bob's Bar atop Print Hall, has been busy creating a brewery as its sole employee.

Enter Rhys Lopez, who had been brewing and working on new product development at The Monk in Fremantle while moonlighting at Hippocampus Distillery making vodka and gin. Previous stints at Gage Roads, Nail Brewing and an early start in hospitality with Little Creatures in Fremantle saw him take a place at the top of the prospective brewers list.

With a brewer on board, they needed a beer. Given they had a platform, via Sunset Events, to sell beer through music festivals and other events, the first beer became the Festive Ale.

“We developed this beer from a brief of where we saw a ‘festival beer’ to be that we want to roll out at music festivals," says Seb. "We wanted to make it as approachable for everyone because, working at music festivals, we are working with a much younger demographic than the average craft beer drinker.”

Festive Ale is already locked in to the Perth leg of both Laneway and Southbound festivals, but has also caught attention elsewhere.

“When we were developing this beer, it was exclusively just to have as a festival thing but we’ve generated a bit of interest," says Rhys. "So we’ve actually got venues asking to have it on tap so we’ve sped up the production.”

While the aim was to create a beer suitable for summer festivals, Rhys says they were keen not to add just another summer ale following the format of so many to appear in recent years in Australia.

“We wanted to do a summer ale or, you know, a sessionable, easy-drinking golden ale with a lower ABV, something that you can drink pints of in the sun at a music festival," he says. "There is a pretty standard way of doing that. You know: 90 percent pale malt, ten percent wheat, Australian hops – that kind of thing, which is cool but I don’t want to brew the same brew as everyone else.

"If that’s the standard gateway beer, I think there’s another way of doing that, so we made this to be more of a malty, biscuity, grain driven summer ale. It’s almost like a New World Märzen [a darker European lager style] with American, Australian and New Zealand hops. With so much Vienna malt, that melanoidin flavour comes through that makes it a different kind of session beer.”

For now, Otherside is currently gypsy brewing Festive Ale and has another two beers planned for release over summer – and grander plans for a production facility and venue in 2017.

Keep tabs with all things Otherside via the brewing company's Facebook page. Few brewing companies in Australia have been around 20 years, few have picked up as many major trophies, and none has a story like that of Nail and founder John Stallwood. Guy Southern took a trip down Memory Lane. read on