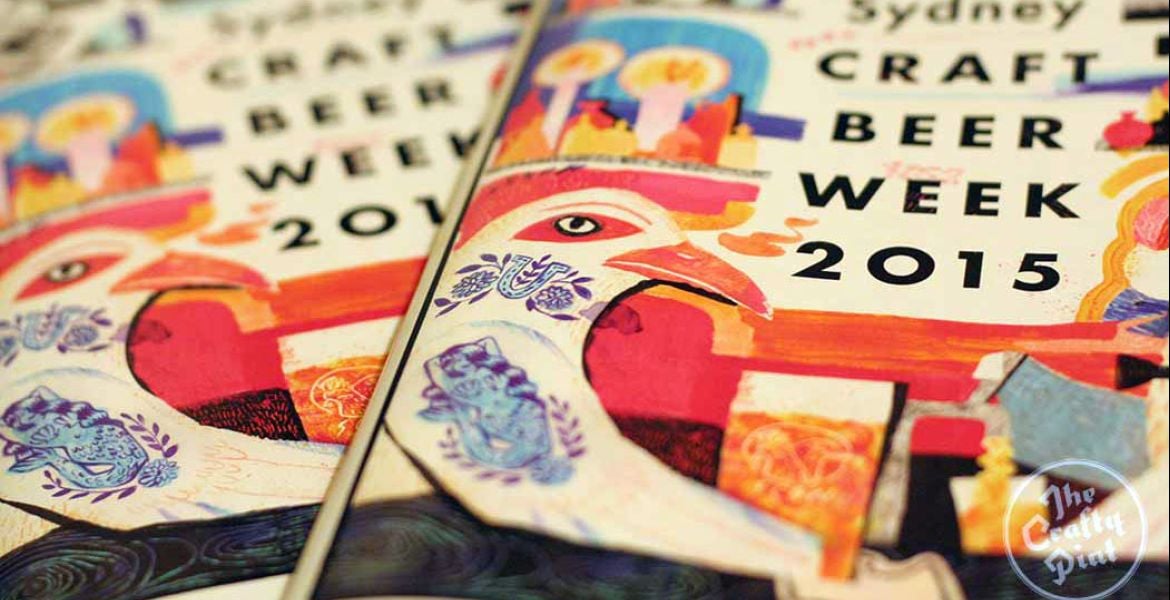 It says something of the growth of the Sydney beer scene that many of the breweries leading the charge in this year’s Sydney Craft Beer Week didn’t exist in 2011 when the festival ran for the first time. The same goes for many of the participating venues; small beer-friendly bars have blossomed in the city’s vacant basements like some beautiful mould and old boozers have shed some shadowy pasts by stepping towards the light shone by better beer.

The 2015 Sydney Craft Beer Week festival program was released this week and it reflects this markedly changed scene, with the full schedule promising more brewers, more venues and a greater variety of events than seen in previous years. The week (and a bit) long festival has undoubtedly become the city’s busiest week of beer events and helps underline why there is such enthusiasm and interest again in locally brewed beer.

As the many months of planning now move towards preparation, we asked Joel Connolly, Sydney Craft Beer Week’s festival director (pictured below right with some of the city's brewers), for his thoughts on how the festival has evolved, how it’s helping push beer into new territory and what to look forward to this year.

Sydney Craft Beer Week 2015 in a nutshell: What should we expect?

JC: Craft beer. No, seriously: we have more brewers and more venues involved than ever before. The quality of events is also the highest we have ever had. So if you're wondering exactly what to expect, in a nutshell, you're going to get lots of really, really excellent beer wrapped up in some seriously fun and engaging events.

With this being the fifth incarnation of SCBW, how do you think the festival – and the beer scene in which it sits – has changed since year one?

JC: Well I came on board in year two, but I can tell you for sure that in my time working with the festival, the biggest change I've seen has been on in the punters. Folks now have really sophisticated palates when it comes to beer, which wasn't always the case.

They're also much more interested in where their beer comes from and who made it. This has been a driving force in the expansion of the craft beer market in Sydney, which has resulted in more breweries opening up and more venues standing in line to buy the beer they make.

Craft beer is going gangbusters in certain pockets of Sydney but in other areas you'd be hard pressed to find anything from a local brewer. In what ways is the festival helping to spread the love beyond the already converted drinkers and established venues into new territory?

JC: Since the first year I came on board, we've put an emphasis on trying to expand the geographical area the festival reaches. SCBW only runs for one week of the year, but we've found that the festival is a great way to get venues to wet their toes in some awesome craft beer. We do an outreach program which sees us getting in touch with venues outside of the city who haven't registered events in the past.

Our theory is that if we can entice them to register, and we can assist them in making the event a success, then we will see more venues willing to serve craft year round. It's a slow process but we now have venues registered on the far Northern Beaches, the Western Suburbs and as far south as Cronulla. 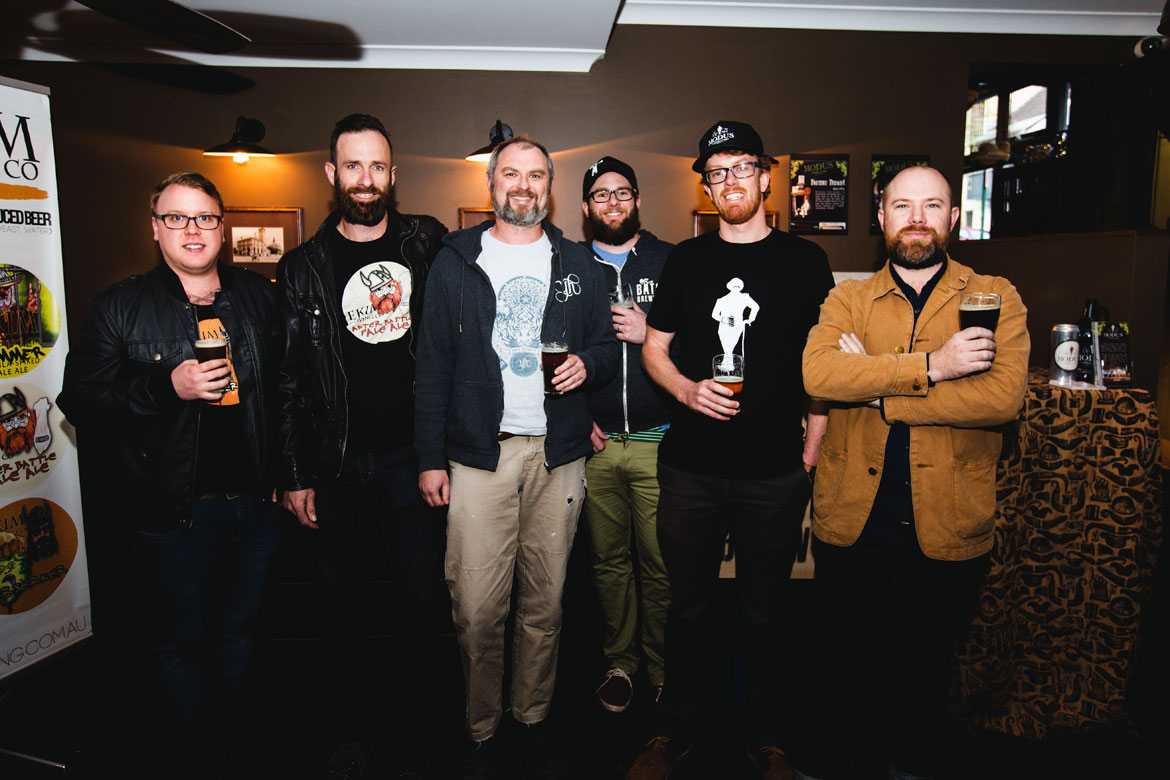 Has Sydney's growing number of brewers, breweries and beer venues transferred to more interest in hosting festival events and, if so, how does the festival team go about choosing what gets included in the final program?

JC: Yes, it definitely has. Punters are also expecting more of their local than they ever have, which means better beer, better food and better wine.

As for our process in deciding the program, it’s definitely our biggest responsibility and one of our hardest challenges. In essence we try and make sure we have diversity – geographical diversity, economic diversity (ticket price and financial accessibility) and also a stylistic diversity. We might have a bunch of degustations on a single night if the price point varies, if they are in different parts of Sydney, or if the themes are different enough.

In the end we just try and make sure that, at any given time, there is always something for everyone.

Were there any especially innovative event ideas that have captured your attention for this year’s festival?

JC: Ha! Yes, we have an axe throwing competition. And we also have a Brewers Olympics which should be a tonne of fun (I've never witnessed Keg Rolling but it sounds awesome).

We also have a chap from Platinum Liquor who is screening of one of his favourite movies and he has designed a beer, brewed by HopDog BeerWorks in Nowra, specifically to go with the film. Should be a corker.

Are there any guest/international brewers or breweries that beer lovers ought to check out while they have the chance?

JC: A few, but two we are very excited about are Garage Project from New Zealand and Experienceit Beverages are bringing out [one of] the godfathers of craft beer in the USA, Stone.

On a personal note, which event are you looking forward to most and why?

JC: We're bringing back the Hair of The Dog Breakfast this year: a six course breakfast with eight beers matched. Traditionally, this event was held after the AIBAs in Melbourne. SCBW founder and Beer Man Todd Venning invented the event and moved it up to Sydney, but it hasn't run in a few years. This year it is being held after the Craft Brewers Industry Association Awards.

Sydney Craft Beer Week 2015 takes place from October 17 to 25. Look out for festival programs at good beer venues or view the schedule of events online at the festival website. 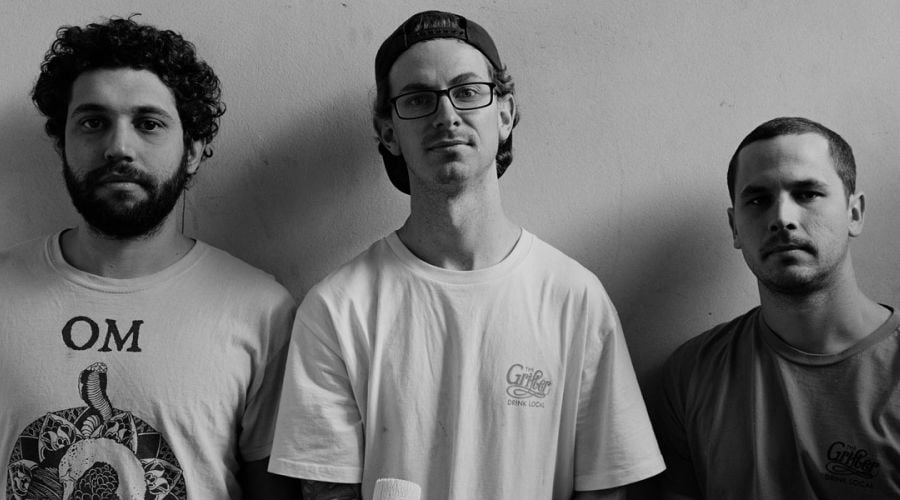