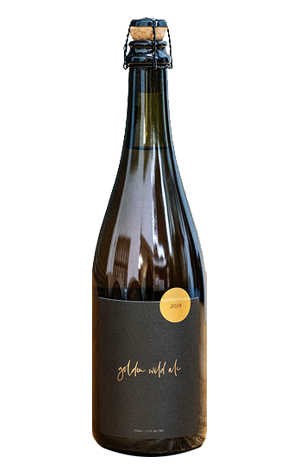 The aim of the first two Black Arts beers is to create a happy medium between the delicate Belgian wild and mixed ferment styles, and the intensely sour and acidic American versions. The duo behind the beer, Michael Leslie and Joshua Murnane, met as homebrewers in 2014 and since then have been collecting wild yeast, bottle dregs and commercial cultures. Then, in 2016, they began ageing beer with the aim of creating Black Arts.

The Golden Wild Ale looks to the granddaddy of gueuze, Cantillon Gueuze, for inspiration but to call it a copy or a clone would be missing the point. This one is bright gold in the glass, and has a stack of pineapple and dried mango flavours from brettanomyces. It avoids the bracingly sour, or intensely funky flavours you can find in similar beers, while the underlying depth makes it clear there aren’t any shortcuts nor quick souring processes at play. It finishes dry and, if you’re not paying attention, your full glass may disappear far quicker than you realise.

First Saturday of every month. Check their website or socials for details.