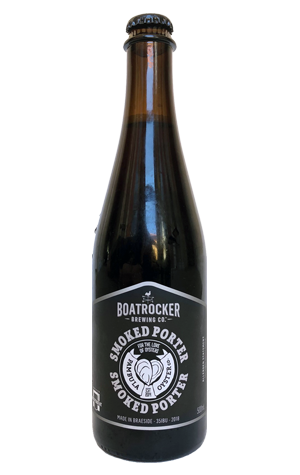 This time around, brewer and oyster farmer have gone for something a little more traditional than their last dalliance, the Auster La Vista gose, in creating a smoked porter to which was added 30kg of freshly harvested oysters – shells, brine and meat. The shells were roasted beforehand to add to the character of the beechwood smoked malt too.

The outcome is a beer that certainly smells like it has risen from the depths, as briney as it is smoky. It's creamy on the palate too – like one of Mark's freshly shucked oysters, in fact – with the smoked malt character persistent throughout the dense dark chocolate characters, helping keep things pretty dry.