The brewing industry is no stranger to collaboration. Some weeks it seems every new beer brewed in Australia has been touched by the hands of a guest brewer, baker or candlestick maker. But if you wrote a list of potential collaborators down on a list, a city councillor would probably be somewhere towards the bottom end. What paperwork-obsessed, box-ticking bureaucrat – for there is surely no other kind of councillor – would possibly be interested in good beer? Well, a few as it turns out.

The weekend just gone saw the launch of a commemorative brew between the Marrickville Council and their constituents at Young Henrys. Marrickville councillor and mayor Mark Gardiner (pictured above right with Young Henrys' co-founder Oscar McMahon) joined the Newtown brewery to create a special beer ahead of ANZAC Day and the Gallipoli centenary. It's part of a wider commemoration of the area's involvement in The Great War that will see the unveiling of a new version of the suburb's Winged Victory statue from which the new beer takes its name. The original statue (see below left), according to the council's media release, was the largest known bronze casting memorial in Australia, unveiled before a crowd of 15,000 people in May 1919 and commemorates the 458 local soldiers who lost their lives in the First World War.

The beer they've conceived is an Australian Pale Ale with added elements of an ANZAC biscuit: honey from Marrickville, rolled oats from an organic producer in NSW and crystallised malt smoked with locally grown rosemary. It will be launched at select local bars in conjunction with the Marrickville Remembers commemorative community events that took place on April 19.

On the other side of the bridge, Karl Riseborough (pictured below right), owner of the Flat Rock Brew Cafe in Naremburn, was approached by the North Sydney Council to get involved in a collaborative brew of their own. 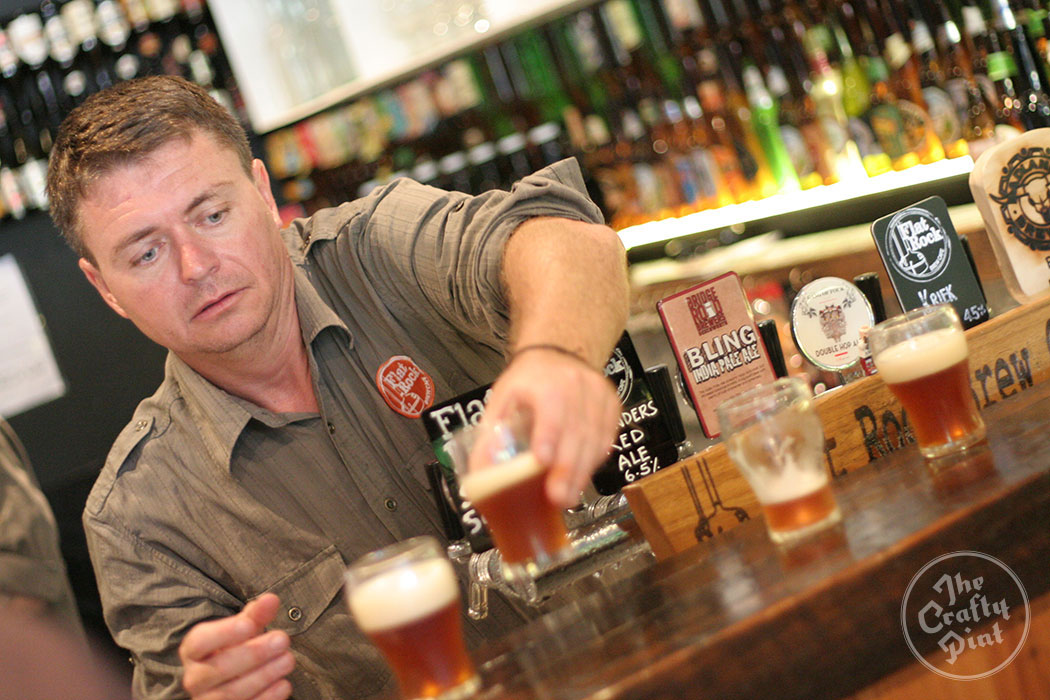 “As the Lower North Shore's only brewery," he says, “the North Sydney Council asked us to brew a special pale ale to celebrate their 125th anniversary, coming up in July.

"The style was selected by a panel of local residents at a beer tasting event in early February at the Flat Rock Brew Cafe. Called '1890', the beer will be served at exclusive venues around the North Sydney area throughout July and there'll be various events in the lead-up to the launch.

“It's a great example of a small local brewery working with council in a community targeted initiative."

It's also refreshing to hear given brewer/council relationships can be fraught at times. There are numerous stories of breweries not being able to open, or being delayed by years, having been stymied by one part or another of the council approval process, whether it be related to the industrial side of the brewing process or an external factor such as resident objection. Young Henrys itself is a good example of that, having originally planned to open in Surry Hills but in the end moving their business to Newtown where it's safe to say they haven't looked back.

Brewers may find elements of the council process frustrating, if not downright difficult, to deal with, though from a council perspective they're hardly likely to be applying the handbrake just for the sake of doing so. They, as much as any resident within their catchment, want vibrant businesses and a thriving community but any new application has to be approached with a sense of balance and take wider interests into account.

Richard Adamson, co-founder of Young Henrys, says: “City councils are multi-armed beasts with lots of competing interests and voices. Unfortunately, any development process is difficult and the council has to act as a conservative arbitrator.

“Historically, breweries have been held in high regard in their local communities and having a brewery in your hometown was a source of pride and status. Modern local breweries employ local people and can have a large economic impact on the local area. I think Marrickville Council [in which Young Henrys is located] have seen how we've worked to respond to community arts and culture and promote the local area." 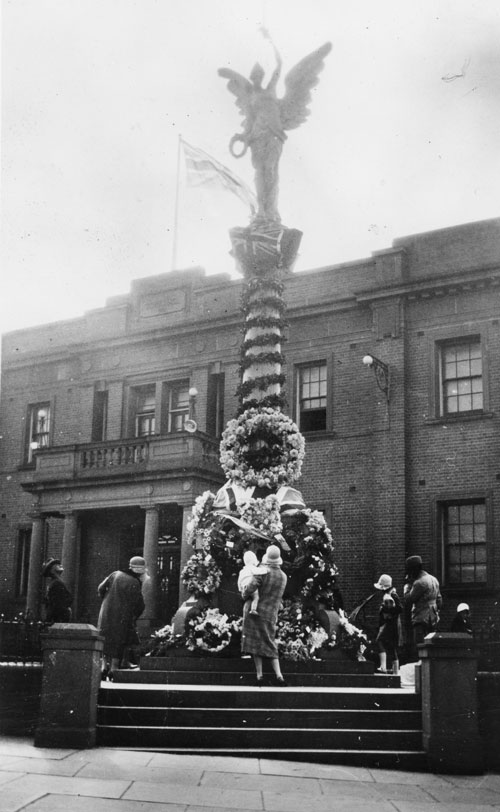 To prove the point they even came to the party, literally, by working with Young Henrys to get the Small World Festival up and running in 2014. That was a one day festival held in a quiet residential street which celebrated local artists of all varieties.

Says Richard: “Marrickville council was very helpful and supportive of us putting together our Small World Festival as it was in line with the council's aim of supporting local artists and artisan food producers."

The Flat Rock Brew Cafe operates on a different model and much smaller scale than most breweries, something which Karl thinks might have helped his cause when getting started.

“I'm sure I had the same challenges as other breweries in other councils, but our size may have had something to do with it not being too much of a problem. Flat Rock was the first, and only, brewery in Willoughby council and they've been very easy to deal with.

“I think dealing with councils can be a challenge, but if you work with them then it can be an easier process. I think my expectations were quite low at the beginning and was happily surprised as we progressed. They did have a couple of restrictions we had to implement and they were keen on understanding the waste process, deliveries and smells coming from the brewery but at the end of the day we're a very small producer."

“And, although we're brewing the anniversary beer for the North Sydney Council, we don't fall under its auspices. However, it's been good working with them too as they've been very receptive."

It all suggests that collaboration is the key.

Says Richard: “I'm on the board of the Newtown Precinct Business Association and I do think it's important that businesses have a united voice when dealing with State and Local governments on an issues that affect their area. I would just encourage brewers to get involved in their local business community."