Building a community and audience on social media can take many years but, as multiple craft beer groups and at least one brewery have found, it doesn't take long for them to vanish.

At the start of April, Facebook removed one of Australia’s largest online beer groups, the Australian Craft Beer Crew (CBC). That 15,000-strong group page remains missing from the social platform, with no details yet provided as to why it was removed. Since we reported on its culling, it’s been joined by the group Beer Thread and Boatrocker Brewers & Distillers’ business page too.

Boatrocker's marketing and communications manager, Bec Walsh, says they received notification the page was facing removal on Saturday, May 1. When she returned to work on the following Monday, it was gone.

“I got in and immediately requested an appeal,” she says. “All I knew was that we had supposedly breached some kind of Facebook standard.”

Bec says she used the social media service’s live chat function to try to get support but was told she’d done what was required and a response should be supplied within 72 hours but could take longer. In the ensuing three weeks,  she has kept searching for updates.

“I’ve been following up, requesting updates and sending them emails," she says. "I think it’s up to about nine times we contacted them.”

The removal came at a particularly bad time for the brewery too, given it occurred in the lead up to Good Beer Week, during which the small team had multiple events they were trying to promote.

“It’s very painful timing. We tried to go for the heartstrings saying, ‘Come on, it’s Good Beer Week and a very important week for us.’,” Bec says, adding that the level of support they’ve received from Facebook has been limited too.

“If you’re a small little Australian company that’s halfway around the world, that doesn’t spend ridiculous amounts on their ad platform, then they’re generally very slow to respond.”

The Crafty Pint contacted Facebook and received a response from their local PR team. They offered to expedite a request to understand what might have occurred, but at time of publication we hadn't received definitive details or a timeline on how long such a request could take. We will update this story if further details are provided.

Boatrocker’s Facebook page was an important means for them to reach a core audience, with a fanbase of around 10,000 followers by the time of its removal. They have a similar following on Facebook-owned Instagram too, with Bec saying the platforms offer ways to communicate with different types of audiences.

“We know we need to be on Facebook to hit some of the right audiences,” she says.

“It’s hard because we have such a diverse audience: our younger audience is more on Instagram but we’re also very family-focused [so] we have an older audience that is still on Facebook.”

Bec says they’ve avoided creating a new page because they don’t want to be seen as skirting the rules but, as a month off the platform approaches, admits they’ll have to start again soon.

The lack of communication from Facebook is an issue Matt Brown from CBC has been dealing with for even longer. He says he’s “logged countless tickets and support requests” but received no response while he’s had multiple offers of support from alternate sources offering to restore the page for money.

“I have had a ton of 'hackers' offering their help if I give them money, but working in cybersecurity, I know these to be scams,” Matt says.

Last week, Beer Thread was also removed. The group was launched in 2014 and had close to 6,000 members, with Leon Perkin saying they’re not exactly sure why it was taken down either. The group admin says they were given a notice that it had been disabled because it doesn’t follow Facebook’s community standards.

“We believe a lot of it comes down to certain language used in a lot of historical posts that has since been deemed inappropriate,” he says, adding that it’s unfortunate there’s no quick way to actually remove posts containing violating words and there’s been no communication with another human in relation to the removal.

“It felt like a bot script may have scanned over the group and enough red flags has essentially deemed the decision,” he says.

Leon says it had occurred to him that with CBC gone, Beer Thread’s future could be doubt, but he suspected a few of the larger groups might be the focus. And, while the admins could have spent more time removing historic content that’s been flagged, he says that can be tricky as sometimes people report comments they disagree with, whether they're inappropriate or not.

As for the future, Leon says he’s requested a review of the situation and has since launched a new group – BEER THREAD IS DEAD – in case the other one doesn’t return. Likewise, CBC is now operating with a separate group too, which had grown to nearly 1,000 members at the time of writing, as Matt continues to search for answers as to why the original community was removed.

“It seems the crux of the community is strong enough to flourish elsewhere if it doesn't return,” Leon says.

UPDATE 02/07: Having not heard anything from Facebook, Boatrocker have since created a new Facebook page, which is available here. 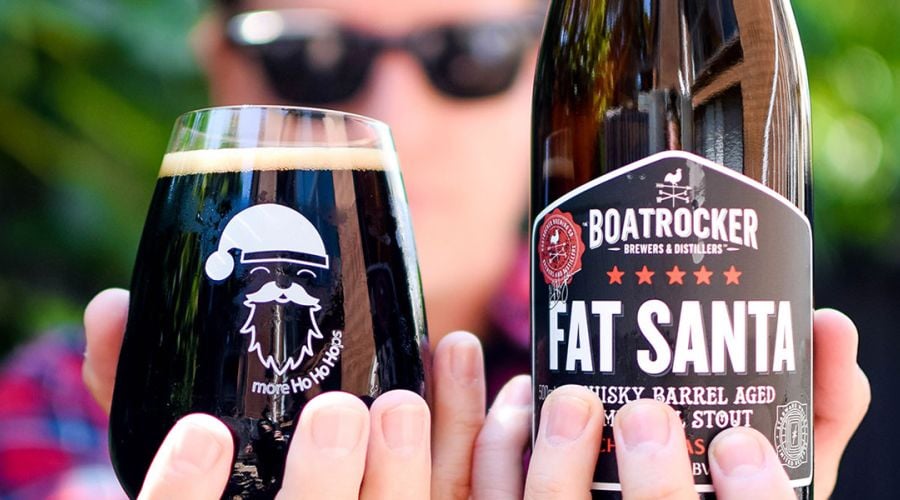 For our first Aussie Beerstagrammers feature of 2019, Guy Southern got in touch with the man behind the Beer Thread Facebook group to find out more about his approach to beer photography. read on One of Australia's most popular Facebook beer groups disappeared over the weekend, leaving its founder at a loss as to what happened. read on