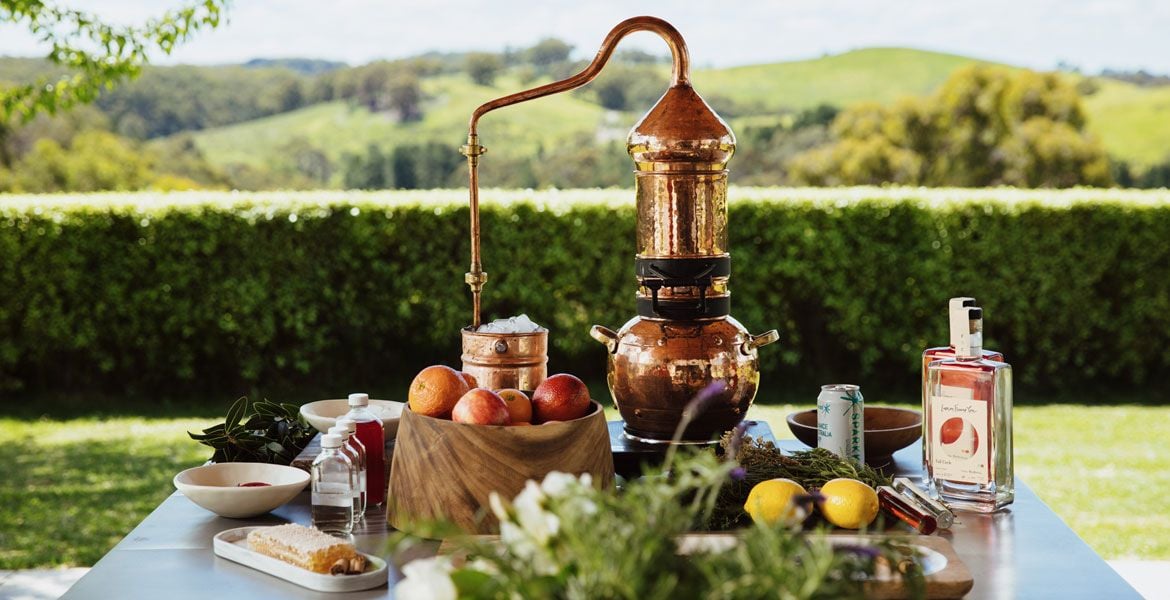 We can all agree that beer is brewed to be enjoyed, yes? And, for the most past, brewed to be enjoyed fresh. Thus, the fact so much beer was left stuck in kegs, unable to reach its rightful destination inside our stomachs when the COVID-19 pandemic saw venues enter lockdown, was far from ideal.

When the hospitality industry was shuttered, breweries across the globe were left with millions of litres of beer without a home. However, they proved to be nothing if not resilient, with many local breweries switching almost overnight to packaged product, whether growlers and bottles filled from their taps and hand-delivered to homes, or putting beer in cans for the first time.

Others opted to do something different: distilling their beer. Among them were Adelaide’s Sparkke Change and Stone & Wood, whose projects have come to fruition in time for summer.

For Sparkke co-founder Rose Kentish, distilling is something she's had on her mind for quite some time. The multi-faceted beverage company might be best known to Crafty readers for their beers, but they've already produced a pair of gins, and Rose was inspired to head down a similar path when COVID left the company with kegs of pale ale, ginger beer, apple cider and hard lemonade.

“I was watching the kegs sit there and age,” she says. “We put so much energy into those kegs so it was a real tragedy watching them age and decline in freshness.

“We had created all this beautiful produce that was ready to be pulled through kegs... only a small amount of our stock goes into cans. I just started thinking a lot about what we had in stock... I started to think about how our products would behave if they were distilled and wondered if we could still capture the beauty of all of our locally sourced ingredients.

“The more I thought about it, it started to become clear that it would work financially, as well as from a sustainability standpoint.”

This process resulted in the Sparkke’s Full Circle Spirit collection (pictured above), which includes a Honey Malt Liqueur, Lemon Flower Gin, and Red Amaro. The trio of spirits, which are all available for preorder, have been created from more than 5,000 litres of unused kegged product.

“We wanted our brews to be at the heart of our spirits,” Rose says. “What we’ve loved about this process is that it’s taken something we do that we are really passionate about in brewing and extending that into distilling without losing who we are as brewers.”

Back in autumn, Stone & Wood faced a similar issue to Sparkke, albeit on a larger scale, with thousands of kegs left in limbo. Sustainability manager James Perrin said the brewery was facing a "catastrophe".

“In late March, all the pubs started to shut, which was particularly hard for us because we have such a high keg-split,” he says. “We saw thousands of kegs returned to the brewery which just sat for a time in the car park. We faced the catastrophe about what to do with this.”

After discussions with other distilleries about the potential to turn their kegged Pacific Ale into hand sanitiser, it was a neighbouring business that provided the true "Eureka!" moment.

“When we were chatting with Cape Byron Distillery, their co-founder Eddie Brook and our founder Brad Rogers had the wild idea to simply distil our Pacific Ale and see what happens,” James says, laughing.

“We sent two kegs over, which Eddie and Brad distilled together and they were pleasantly surprised with the result. A lot of the tropical fruit aromas that we love in our Pacific Ale were coming through.”

It was after this the decision was made, somewhat on the fly, to work together and produce Pacific Moonshine, a spirit born from more than 50,000 litres of the brewery's flagship beer.

“It was crazy from then on, utter chaos,” he says. “We were manually decanting our kegs so we could send our beer over to the distillery while they were trying to manage all of their production as well.

“In the end, we were so happy that we could turn some of our stock into something really special.”

While the process was chaotic, James believes the process has been indicative of 2020 and how everyone has had to adjust and adapt to the ever-shifting landscape to continue moving forward.

“Our first thought was how to avoid dumping all this beer, which then turned into the realisation that we could beautifully re-craft it into a different expression of the same product,” he says. “I think the process has been really symbolic to the way 2020 has panned out.”

Both the Full Circle Spirit collection and the Pacific Moonshine are available now in limited release. Cape Byron Distillery are donating $6 from every bottle sold to the inGrained Foundation, the Fermentum Group's not-for-profit arm that supports grassroots environmental and social charities.

You can read how more than 20 WA brewers combined to produce a COVID moonshine earlier in the year here. And, once it's had time to become whiskey, Bridge Road will be releasing a collab with Corowa featuring distilled beer that otherwise would have gone to waste.

As part of the #keepinglocalalive campaign we've been running Postcards from the Edge stories, highlighting the ways in which people are adapting to survive.

Articles by Ben
postcards from the edge #keepinglocalalive spirits

It will be a long time before we know the full impact of COVID-19. But on day 50 of the momentous decision to shutdown the country's venues, we asked people throughout the industry for their thoughts. read on