The South Fremantle enclave sits ten minutes from the tourism-driven port city, yet it feels more relaxed, more bohemian and, in the case of Running With Thieves, more like a place you’d want to set up a mixed purpose booze business with diverse aspirations.

“We always wanted to be in Fremantle," co-founder and co-owner Scott Douglas says, "and we got a development application on a site right in Fremantle, but it just never really felt right for us. And we kept looking.

"We’d started producing, using a brewery over east and shipping it back, which was getting really frustrating.

“We always wanted to be next to a residential area, but the buildings just don’t exist. Or, if they’re in a light industrial area, and someone’s put an apartment up, you’ve then got residents and trying to get a license is hard.”

Their search continued until they found a more than 100-year-old warehouse in the heart of breezy South Fremantle. That said, the Running With Thieves story began with a previous brewery, and a broader idea.

“I started Black Brewing Co four years ago," Scott(above right with brewer Paul Gasmere and national sales manager Scott Douglas) says. "Everything we were building there was towards this vision, but eventually it got easier to say ‘start again’, and we got straight onto it.”

He adds: “Thieves had been a side project for three or four years. The name came from my mate Brooklyn Whelan – we used to get up to mischief in Sydney – and it’s kinda reflective of our shared history in Sydney back in the day.

"We set up an apparel company, and played around there, and while I was doing Black, I’d thought that if I ever did this again, it was just perfect.”

But while the they had a "perfect" concept, the challenges of launching a new business were amplified by COVID-19.

“We haven’t got private equity or a lot of money behind us. It’s been mortgaging houses and a couple of mates, before NAB came on board literally as COVID hit, as they were all going into isolation," Scott says. "So, it’s been like two years of every day is a street fight.

“It’s a massive project, everything is just big. Even now, you look at something and you price it – just to run some temporary water, and it's $4,000.

“It’s coming together now, whereas before it was just a big shed that freaked people out.”

Although the founders planned to have Running With Thieves open earlier in the year, progress has been understandably challenging, even in a state with greater freedom than almost anywhere on the planet during the pandemic. However, Scott is optimistic about opening "in a post-apocalyptic, Mad Max style setup for summer", with the launch now planned for mid-November.

“The whole idea of it is that it’s meant to be interactive; you are a part of it, you can touch it, you’re immersed in it and you become part of everything that we are doing,” he says of the multifaceted venue.

That interactive experience not only includes a 25-hectolitre brewery, canning line and distillery run by head brewer / distiller Paul Gasmere, but also a retail shop, a still-in-the-making open plan kitchen and intelligent architectural design making the most of the sea breeze from nearby South Beach.

They plan to have 16 beers on tap, plus a small selection of draught wine “to reduce recycling bottles with wine, and work with smaller producers in WA”, plus libations from the copper still centrepiece.

“With the stills, we are doing rum, whisky, gin, vodka and brandy, and then there’s Port and sake," he says. "And then we can get into barrel-ageing our own beer, in our own barrels. We have 180 oak barrels en route from the US now."

In the mean time, no less than eight core range beers hit WA retailers late last month, including a classic lager, XPA (pictured above), hazy pale and West Coast IPA, plus a ginger beer, which will be joined by a couple of seasonal releases each month – plus contract brewing on top of that.

As for the future, Scott says: “We know what we want to do, but we are pretty open. We’re not, ‘Let’s chase the market, and see what’s on trend.' If we like something, we’ll just do it.” One of brewing's elder statesmen is on the move after thirteen years in the Otway Ranges. We caught up with Luke Scott to chat about his decision to switch Prickly Moses for new Torquay brewery Sou'West and a job closer to family. read on 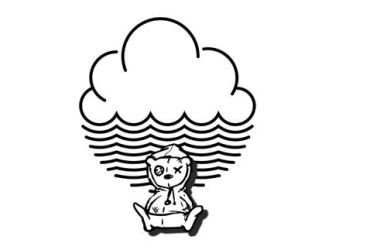