Professor Sam Holloway has a simple desire: every neighbourhood in the world should have its own brewery. Well, one's a good start, at least.

It’s a desire shared by brewery owners current and future too – which is where Sam’s online curriculum, Crafting A Strategy, comes in. As a passionate craft beer fan, a professor in business management and entrepreneurship at the University of Portland, and a part-owner in Oregon-based Oakshire Brewing, Sam’s spent a lot of time thinking about the business of beer.

Along with brewery co-founders Mark Meckler and Joe Belcher, it led Sam to launching Crafting a Strategy in 2014 as a way to guide brewery owners in the business of beer in a way that's specific to the world of craft brewing.

“Small breweries aren’t simply smaller versions of large breweries, they have their own unique problems,” Sam says, while adding that many university courses don't teach skills applicable to craft beer.

“The MBA degree was born to basically serve large corporations and train managers to help you maintain a lead you already had.

"There’s a lot of small breweries out there where, if they listen to the traditional get-big rhetoric, they’re going to put themselves out of business.”

The online curriculum features education tools, forums and a community that aims to help brewers grow sustainably through effective strategy. Professor André Sammartino – who we’ve featured in articles here, here and here – is among the expert members of Crafting A Strategy, with Sam recently travelling Australia to catch up with him, host an IBA Mash Up and explore the country’s breweries.

While larger breweries can produce more beer and enjoy economies of scale, Sam says focusing on getting a core range sold in as many spots as possible isn’t as successful as it once was. In America, many of the country’s largest independent breweries are struggling to keep growing while remaining independent and have seen their sales go backwards.

“Building a business, based on a large scale of very few beers – the flagship model that worked 20 years ago very well – that’s really tough to do now,” he says.

“I think if you want to play that game, in the US you’re about 20 years too late. The consumer is very promiscuous now, they’re not brand loyal, they’re not even style loyal, they want to try what’s new, exciting and different.”

He adds that selling large volumes of beer is something the multinational breweries are very good at and breweries looking to compete with the likes of AB InBev on price should think carefully about whether such a model is sustainable: “Anytime you’re trying to compete with deep pockets or a wealthy company that’s using the same strategy, I think it’s a recipe for disaster.”

So, while he thinks there is still space for Australian breweries to become large, it's a business model that still comes with big risks.

“One of the dangers of growing through scale," he says, "is maybe you assume the past three years where you’ve had a really nice run, you assume that’s going to continue indefinitely and you take on seven million in debt to fund future growth – that’s where you get in trouble.

“If you look at most of the craft brewery closures in the United States, it’s people who assumed the last five years would repeat themselves and they didn’t.”

Sam points to New Belgium – America’s fourth largest independent brewery until it was bought by Kirin-owned Lion in November last year. Before that, in 2016, the Colorado-based brewing company had invested heavily in a brewery in Asheville, North Carolina, only to take on contract brewing a few years later following a decline in sales.

“Imagine all the smart people at New Belgium,” Sam says. “All the resources they have, all the history, all the success they’ve had. If they can’t make it work and you’re a brewery that’s one hundredth their size and you’re just new to the game, then it’s probably going to pretty hard for you too.”

So what kind of strategies does Sam like to talk to brewers about?

“I would say think smaller and think more,” he says, before adding that it’s one of his more regularly used phrases, along with: “Fail fast and fail cheap.”

“I encourage small breweries that, rather than scaling and building a huge brewhouse and selling that in distribution to grocery stores all over the place, maybe you should have a small factory and sell that beer to your own chain of pubs.”

Sam says the brewpub model lets brewers capture the value of the beer they’re making and remains an important business model. It's a model that many here in Australia have been looking to in recent years, including both small, independent breweries and some of the largest, as we explored yesterday.

Part of the appeal of running multiple venues in neighbouring parts of one city is it means brewers can maintain the competitive advantage that comes with really understanding what beer they make and why.

“You control the conversation,” he says. “When someone comes into your pub and asks you what beer you should try, that’s your employee or maybe even you that’s describing the great qualities of your beer, its intricacies and why you selected the hops.

“If you’re going to go into wholesale or having another pub in a city far away then you’re going to have to try and rely on other people to tell that story that you’re the best at telling.”

Other than selling direct to customers, Sam says one of the other highly successful developments in craft beer in America that cash-strap breweries can look to is sharing their brewery space with food businesses.

“You don’t have any expertise in making food, you’ve never run a restaurant, but I bet there’s other entrepreneurs out there who are food entrepreneurs and would love to run a kitchen,” he says. “If you’re a good food operator then you can have the best of both but, in my experience, most brewers are really good at making beer and the food side is a good way to lose money.”

Before you even start out, Sam says getting the right investors is also key and, while creating a brewery isn’t an easy way to make money, it does have a key distinction to most other businesses.

“Craft brewing is the kind of investment you can share with people,” he says. “I encourage [founders] to say, 'Do you have any current investments that you love? That you could talk about at dinner parties?'.

“Some investors want to invest in something in their hometown that can create jobs."

Craft beer, Sam says, is often treated differently to other products and it means brewers who invest and engage with their community can build value into what they're brewing.

“I think the best way to describe it is that people are willing to pay a lot of money for a beer made locally even if that same beer style can be made by a multinational at a lower price,” he says.

“If somebody needs to buy a lawnmower ... they’re going to go to a big box appliance store and maybe push the mower and get a sense of how that thing works. Then they’ll pull out their phone and say ‘What can Amazon send this to my house for?’. If they can save five percent, they won’t buy it from that person.

“People don’t do that with beer; they would much rather sit in the place and drink out of a proper glass, have fun with their friends and [pay more] for something that’s local and innovative.”

You can find out more about Crafting A Strategy by heading here. Thanks to the launch of small hop farms, a local operation producing yeast for brewers and the production of malt with Queensland provenance, Archer in Brisbane have created QPA, which they believe is the first modern, all-Queensland beer. read on 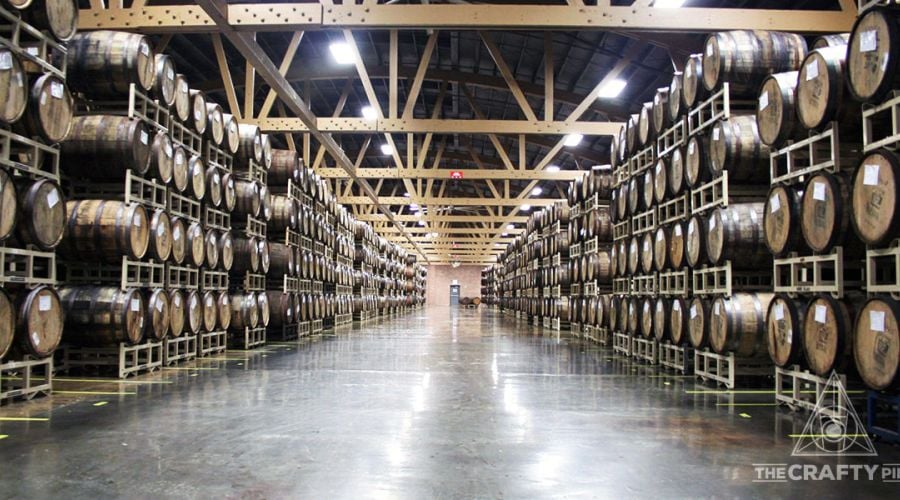 Where It's At: On Beer's Frontier II

Global or hyperlocal. Independent or "crafty". The beer world isn't just getting more competitive, it's getting more complex too. Here, we try to unpick the state of play today by studying the craft beer scenes both here and in the US. read on After a hiatus in 2018 (for reasons I can't recall) we're back with our New Year's Day look ahead at what the future might hold for the local beer world: what to look out for and where we might be headed. read on