Sausages generally slot into that lovely category of things that even when they’re bad they’re still pretty good. And when they’re good, they’re transcendent. Why else would every Bunnings car park be so choccas every Saturday and Sunday? Let’s be honest here: a trip to Bunnings is an exercise in self-care (consumption of sausage on bread) balanced with self-delusion (those herbs are going to be dead in three weeks and your attempts at building a cubby house are, frankly, embarrassing).

If only there existed a place where you could eat some guilt-free snags, have a couple of beers and drop this whole ridiculous charade!

Not only does such a place exist, it’s governed by Sydney’s loveliest foodstuff related monarchy, the Sausage Queen herself, Chrissy Flanagan. No one quite knows how Chrissy obtained her crown. Some say it’s divine right, others insist that she pulled a snag from a stone in Barangaroo Reserve. Whatever the case, Chrissy has big plans for Sausage Queen Brewing.

For the moment, SQB is a gypsy operation pouring exclusively at the Sausage Factory in Dulwich Hill. However, there are plans for an onsite brewery and potentially, global domination.

First launched in 2018, SQB was a way to more thoroughly pair beers with their house made sausages. Although the Sausage Factory maintains a tightly curated Sydney only beer list, the SQB beers tend to focus on native ingredients and European styles that don’t seem to get too much of a shake in Australia. Beers have included grisettes, saisons, extra special bitters, Belgian blonde ales, patersbier and German style lagers.

Not content with just slinging snags and beers, Chrissy also hosts a monthly homebrewing competition for local brewers to submit their own beers based on that month's chosen style. This sort of constructive feedback is invaluable to homebrewers and it’s wonderful to see it being fostered by a local business.

So here it is, by royal decree, Who Brews...? Sausage Queen Brewing.

Chrissy Flanagan, the (clearly self appointed) Sausage Queen of Australia. I began Chrissy’s Cuts Sausages in 2015 and opened the Sausage Factory bar restaurant in 2017. I also started the record label Lazy Thinking Records with three partners in 2016 because I am insane.

We currently gypsy brew at Yulli’s while we work through the tiers of regulation to brew onsite at The Sausage Factory. We have council consent for a 250L microbrewery, and are working through the state licensing, to be followed by federal excise license.

For the sheer love of beer, and also to round out some of the offerings in the Sydney scene.

Honestly, I wasn’t a beer drinker at all until my partner Jim bought me a Carlton Mid at a Socceroos World Cup qualifier many years ago. I had a genuine moment of clarity, and that set me on a path of hardcore beer obsession and wankery.

I like naming things after myself. You probably shouldn’t publish that, but, you know, it’s true.

The Boss Ale. It’s made in tribute to strong, subversive, unusual women bosses, my fellow travelers.

We put a lot of work into our playlists. Contemporary music is largely to divisive so we play a lot of slightly older stuff. We’re all music nerds.

God. What is on there? Gang Of Four, J Dilla, De LA Soul. And look I do like myself some mid-period Madonna and a bit of Aussie 90s à la Custard.

One Drop 5 Brett Saison. I’m really loving the Yullis Mum’s Mango Pale as a summer beer; it’s so well balanced. And we just put Wildflower Amber Blend #23 on the menu at the factory and it’s bloody ace.

For now, on tap at The Sausage Factory, but we’re working hard to change that. If you are a visionary beer distributor get in touch!

You can join Chrissy for Boss beers, snags and mid-period Madonna at The Sausage Factory Snaggery / Brewery at 380 New Canterbury Road, Dulwich Hill. 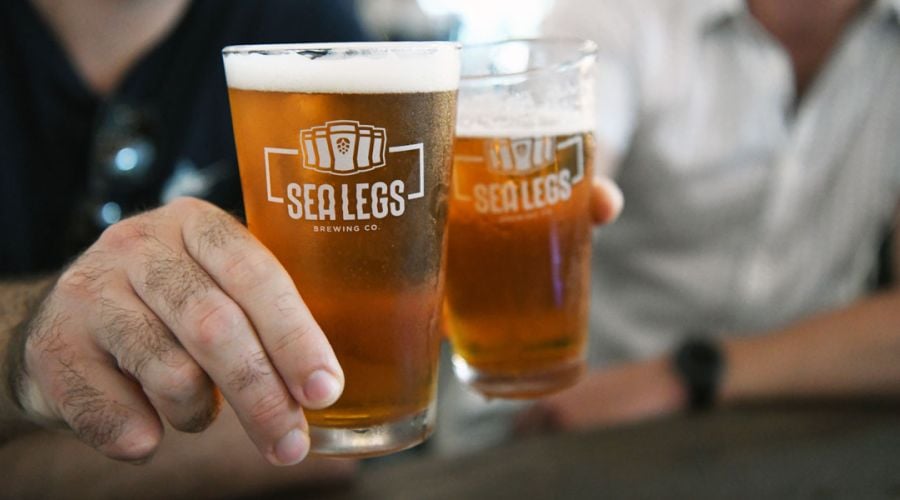