In March 2019, a brewery sale took place that didn't send the same shockwaves through the Australian beer community as some. Yet the beers that have resulted from the Hooper family's takeover of Fox Friday in Hobart are starting to create ripples of their own.

The acquisition saw the small, part-time operation in Hobart’s inner north (and, supposedly, fast-gentrifying) suburb of Moonah sold by the founding family to a couple whose globe-trotting journey that brought them to Hobart is reflected in their high quality, hop-forward beers.

“I don’t like sitting still," says Benn Hooper, who bought the brewery and brand with wife Sarah. "I always like to be moving forward – progress is important.”

They're certainly no strangers to moving, having lived in Singapore, Thailand, Texas and Perth before a career change led to their most recent relocation.

“I’d never been to Tasmania before – the first trip was to come and have a closer look at the brewery when we saw it on the market," he says. "The people here actually remind me a lot of those in Houston – the traditional ‘southern charm’ in the USA is here in Tasmania too.

"People take more time for each other in Hobart; they aren’t always in a rush to get somewhere else.”

With an extensive background working for a large oil and mining corporation at all levels of the business, the pathway to ending up as a brewery owner was far from conventional.

“I’ve always homebrewed, of course," Benn says. "I ended up becoming good buddies with a few brewers in Houston and did a bit of commercial brewing then. Just before we finalised the purchase, I spent some time back in the States, in Colorado and Texas, working on some recipe development and trying some amazing hop-driven beers.”

His love of American style beers is reflected in Fox Friday’s output. With many hop and haze lovers in Tasmania chasing the newest hype import from either mainland Australia or overseas, it may come as a surprise to find this small operation is producing beers as good as any in their own backyard. With ten different beers on offer at the taproom, you won’t find a lager or a sour here – the list is filled with hoppy American style beers, with the majority hazy too.

“I like making hazy beers because they are so approachable and easy to drink," he says. "We have people visit the taproom who aren’t usually beer drinkers, and a taste of something like the H-Town [voted one of the best new Tasmanian beers in The Crafty Pint's 2019 retrospective] gives them a totally different experience of beer to what they may have been expecting.”

Benn keeps in close contact with his friends back in the States, regularly talking new and different techniques.

“There are so many variables you can play with when it comes to brewing hazy beers. I love experimenting with new techniques and flavours to see what sort of flavours can be extracted from the hops.”

This is never clearer than with the 9.5 percent ABV Triple Double: a triple IPA double dry-hopped with 42 grams per litre of Citra and Galaxy. The balance of that high volume of hops with the ABV is in perfect harmony, creating a beer that remains approachable – if not dangerously so.

With a classic West Coast IPA, a single hop IPA and a hoppy amber available too, those chasing classic bitter IPA flavours will not be disappointed either. The original Fox Friday brown ale – the sole remaining carryover from the former owners – is still available too, at least until winter comes and he starts playing with stouts.

“The response from the regular crowd when we took over was great. Moving from a part-time operation meant longer opening hours and a greater variety of beers,” Benn says.

As he nears 12 months in charge, annual production has already tripled and shows no signs of slowing.

“We’re looking to start doing some canning runs in the near future, as well as getting a few kegs up to the mainland. Our main focus will remain on the Tassie market though.”

If you’re heading to Brewsvegas, you can catch Fox Friday at Tippler’s Tap as a part of their Tasmanian showcase. Otherwise, for now at least, a trip to Tasmania is your best chance to taste some of the rarest and best haze in Australia.

Fox Friday's venue is open Fridays 4pm to 10pm and weekends from midday to 6pm at Unit 6/14A Main Road, Moonah. 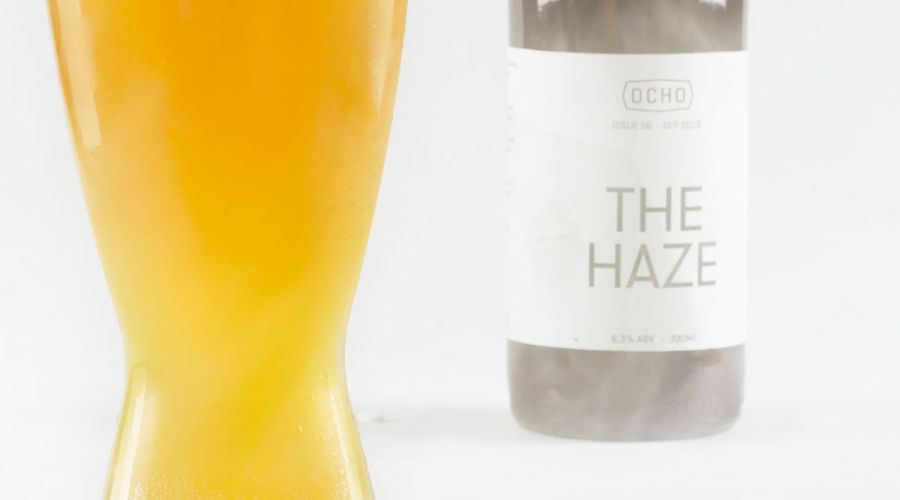 New England style IPAs are appearing with ever greater frequencies on these shores. Frontiersman Guy Southern dove deep into their swirling, muddy pool in the company of four local proponents to find out more. read on Tasmania's highest profile microbrewery has been celebrating its tenth birthday with a "Month of Moo" celebrations across the state. It enters its 11th year with plans to launch its beers in cans and sights set overseas, as Ruth Dawkins discovered. read on