Sow & Piglets have always done things a little differently. For one, how many of the 600-plus active brewing companies in Australia started out in a hostel? And how many of them maintain a focus on traditional German beer styles?

Even the origin story is rather unlikely.

Marion Klink and John Moloney took over a hostel in Port Campbell after the latter had sold his recruitment business and fancied a late change of career. At the time, according to Julian Widera, who would later join them as head brewer, the place was regarded as somewhat prison like; even today, approach it from the town centre and it's a pretty austere looking building.

In reality, however, it's a place transformed after the couple turned it into one of the top-rated hostels in Australia – complete with brewery bar. Getting to that point required plenty of work and a fair amount of investment, however so as a means of recouping some of the costs, John decided to install a nanobrewery – a 200 litre Braumeister – in the old laundry. And thus Sow & Piglets was born.

Well, almost. They still needed a brewer – and even that role was filled in a less than typical manner.

Julian had grown up near the Dutch border in Germany's west before falling in love with brewing and moving to Berlin to work at a small brewpub. A while later, seeking to broaden his brewing experience further, he touched down in New Zealand "with a suitcase full of German beer and broken English skills" and started visiting breweries, before taking up a job at Sawmill, helping them set up their new site.

When he decided it was time to move to Australia, he wrote to breweries across the country asking if they had work, ending up with around 50 interviews and job offers. Following a three hour chat with John, he knew he'd found the people he wanted to work for and set off for the Great Ocean Road and a fledgling brewing company with a name borrowed from the nearby 12 Apostles.

The first brew took place in March 2017 and the following year they opened a production facility a short and winding drive away in Cooriemungle where they started canning their beers. As you might suspect given the head brewer's background, the beers are German-inspired for the most part: Lager, Kolsch, Märzen, Dunkel and Hefeweizen among them. There's an Aussie Pale, session IPA and English style IPA too, but few concessions to the wilder fancies of the contemporary beer world – perhaps unsurprising given Julian says they still have to work hard to get some locals on board.

On my first visit to the brewery and bar they were working on ambitious plans to open the sort of venue that would likely have enticed more of the 800,000 annual visitors to Port Campbell to hang around longer – most that stay do so for just one night due to the proximity to the 12 Apostles and other iconic spots on the Great Ocean Road before moving on – and potentially bring in tourism of its own. The intention was to move the brewery back from Cooriemungle and make it the centrepiece of a major venue on the coastal town's main strip.

However, by the time I returned this summer, they'd switched direction after coming up against challenges in the planning process. Instead, they're going to move the production brewery to a property they've secured in Lancefield in the Macedon Ranges and launch a new brewpub there. The original 200 litre brew kit at the Port Campbell hostel will be fired up again with Sow & Piglets continuing to service its part of Victoria's southwest while the new brand – again tied to its locale – will look to the region between Ballarat and Melbourne.

While Sow & Piglets will retain a focus on German style beers, Julian – still just 27 despite his storied brewing career to date – says the approach will be a little different with the new brewery when it comes to seasonals.

"In winter, we'll look to have more English beer styles on tap – a nitro stout – and in summer more crafty styles, like NEIPAs," he says.

Until they reach that point, he'll be turning out tightly wound traditional beers in one of the most beautiful parts of Australia. And taking time out to feature in our Brew & A series...

A wannabe philosopher, an investigative journalist or maybe a lifetime student of psychology and astronomy.

Eschenbräu Pilsner. Hand-brewed by a small Berlin brewpub where I also worked later and learned the art of brewing. It was my epiphany beer because it opened my eyes about the true taste of unfiltered and fresh beer.

The first time that I ran across the art of brewing was a warm summer night in 2011. I was at a trendy house party and suddenly I saw her: the girl of my dreams. But that is probably a story for another day...

I end up going home by myself at 5am. I jumped onto my bed and turned my old tube TV on where they just showed a documentary about the dream job: brewer and maltster. I didn’t have enough focus left to follow the whole documentary but before I fell asleep I managed to save at least a little information. So, the next morning, I started researching this job with my hangover.

I dug deeper and deeper and realised how complex it is while creating a lot of crazy homebrews in the kitchen. Then I finally got my first job in our local brewery during my school holidays. It was so much fun – and not only because of all the samples – but also because we have this cruel law in Germany which says every professional brewer must get at least 50 litres of free beer per month. You can imagine that I got a lot of invites to parties from then on! That was the point where I knew I have to become a brewer.

So, technically, I became a brewer because I didn’t get the girl from the house party.

I love all my kids! And, to be honest, my favourite always depends on the situation, mood, food, weather, position of the moon, angle of sunlight multiplicated by Pi...

Malt! It is just underrated in our current craft beer world. Doesn’t matter whether it's a Munich Dunkel, Schwarzbier or Märzen, malt gives you the power to influence not only the aroma of beer but also the mouthfeel, the body and the appearance.

Never. Even my first Pilsner homebrew in the kitchen, which was heavily infected by lactobacillus, was drunk until the last drop and never regretted! There is nothing like a bad beer just the wrong time, the wrong expectation or a dirty glass!

No one in particular but definitely a small brewery. I worked in a few bigger breweries and brewing on the computer is not my thing. I love brewing and collaborating with smaller breweries because of the people behind it. Our industry is full of passionate brewers.

There have been a lot of inspirations out there.

When I arrived in New Zealand with a suitcase full of German beer and broken English skills, I started going to every brewery I could find and tried all their beers – the hardest part of my job, the market research! I talked to the brewers and had a look at their breweries and every time I left a brewery I felt inspired by their stories and fresh beers.

I guess any beer would be fine if I was stranded on an island but, if I had a choice, I would go with my hometown memory Fiege Pilsner.

I don’t know. I guess I would get sick of any song after hearing it 24/7. Indeed, I would enjoy the peace. A lonely island, a cold beer... that already sounds damn sexy.

I am a simple man. I just drink beer, coffee and water. In exactly that order.

Nothing I can think of right now. The whole journey has been incredible so far and I wouldn’t do anything differently.

It is probably the best time to join the industry right now. But everyone who considers joining us should do a proper education in brewing technology and be aware of how much cleaning plays a role in it.

You'll find the Sow & Piglets bar and cellar door at 18 Tregea Street, Port Campbell. They hope to have their Lancefield bar and restaurant open by September / October 2020. As he embarks on a new head brewer role with plans for more of his beers to be sent into the world, we invited Ocho founder Stu Grant to feature in our Brew & A series. read on 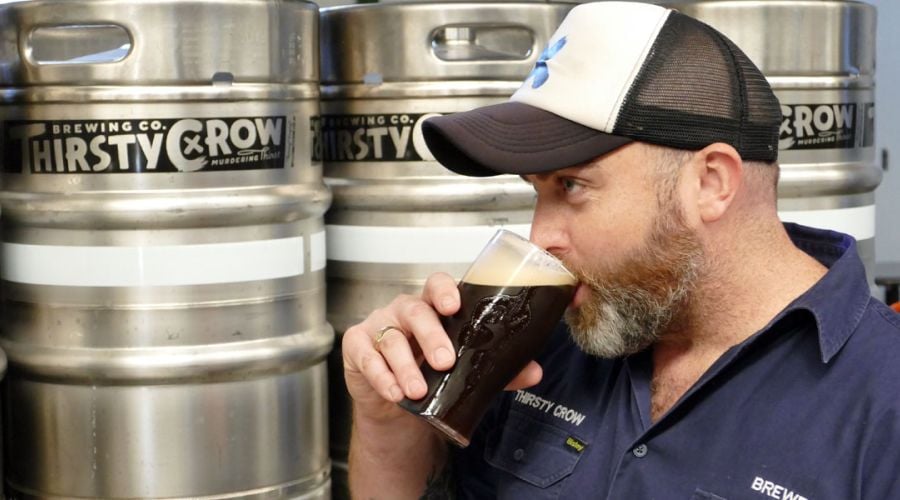 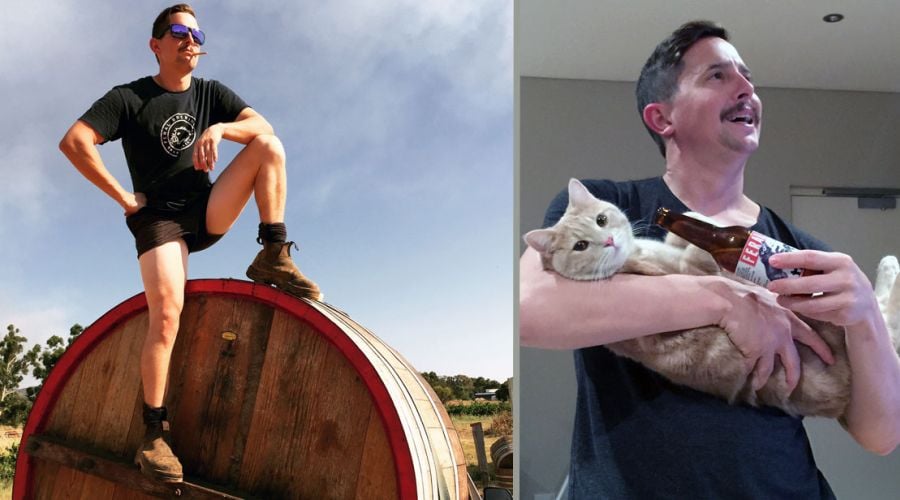