The world of beer requires more than beer to become the community it is in Australia today. It requires more than the industry that produces and supplies it too, from those growing the raw ingredients to those that turn them into delicious liquid and those that get that liquid from breweries to venues and into the hands of people willing to pay for the pleasure of imbibing it.

It requires enthusiasts, educators, events and more. And Pia Poynton is someone who's played many roles within the WA beer world over the past decade. Her long-running Girl + Beer blog, which she published from 2012 to the end of last year, did as much, if not more, to document the state's beer scene and those who inhabit it than any other publication.

In creating and running the site, Pia helped bring a little balance to a traditionally and overwhelmingly male world. Along with Kirrily Waldhorn (Beer Diva), she was one of the first female voices in the contemporary beer media, helping pave the way for those that have followed, many in high profile positions.

But her writing, which includes plenty of articles for this site too, is just one part of Pia's beer story.

Her first contact with this world was at The Belgian Beer Café in Perth, which led to other bartending jobs before she started her first repping gig with Gage Roads, which was followed by a move to Little Creatures. I first met her when she was assistant venue manager at the now-closed Five Bar, one of the first venues in Perth to support local craft beer.

There was then what she describes as a "weird sidetrack" – managing a holiday park in Busselton – before a return to the rep life with Coca-Cola, then Nail Brewing and, most recently, on to her "fave job ever"; she's technically business development manager at Nowhereman, but it's a role that allows her to get involved in promotions, social media and more for the West Leederville brewery.

Those are the facts, however. Much of what Pia, a Certified Cicerone and WA coordinator for the Pink Boots Society too, brings to the beer scene is less tangible. She's one of those people who makes things better just by being around, someone who brings a little more joy to every occasion, the sort of person that helps make our craft beer community the special place it is.

My dog, Barley! But given this is The Crafty Pint I suspect you're looking for an answer of the beery kind.

I can't pick just one, it's way too hard, so I'll go the cheesy route and say that it's the friends I've made and the countless great beers and big laughs we've shared that have been the absolute freakin' best.

I'm always surprised at the generosity of the beer scene. Whether it's shouting someone a beer or breweries helping other breweries behind the scenes, I've got countless examples and it's beautiful.

And, just to throw it out there because not all surprises are positive, I'm still genuinely surprised when stupid sexist crap still pops up in the industry.

There has been so much growth that it's hard to actually picture it coming to an end but I concede that could just be me and my tendency to see every pint as half full. I am not brave enough to try and predict the future of Australia's beer industry so I won't.

Continued momentum – it's been a good year of finding balance in my world and working hard so I just want to keep that going. When asked to forecast five breweries to watch out for in 2016 for James Halliday's Wine Companion magazine, we included Colonial. The WA brewery has long had the potential to explode; its new Eastern outpost should see that happen. read on 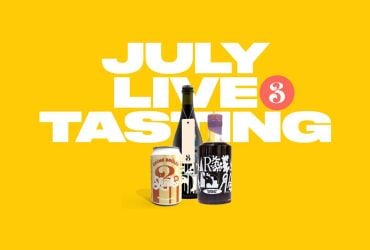