When BrewCon 2019, the Independent Brewers Association's annual conference, trade expo and awards night, touches down in Melbourne in the first week of September, among the guest speakers assembled from around the world will be Pete Brown.

He's a multiple award-winning author and broadcaster from the UK who has written a series of highly-regarded books on booze, pubs and, most recently, British food culture – Pie Fidelity – and will be delivering the keynote address to kick off proceedings. Before he boarded a plane for Australia, he met up with Will Ziebell, who had rather fortuitously boarded one heading in the other direction.

They caught up at the Great British Beer Festival in London, where Pete guided Will towards some cracking English bitters and Will discovered pickled eggs aren't for him. They chatted about beer marketing and advertising – Pete's background before becoming immersed in beer – to get a taste of what might lie ahead for BrewCon attendees.

“My background was in marketing before I really got into beer; I kind of grew into it from working in advertising campaigns about beer,” Pete Brown tells me, as we take in the 2019 Great British Beer Festival. “So, it’s quite useful that I combine the genuine love and passion that everyone has for beer as a drinker with a more analytical mind when it comes to looking at brands and marketing trends.”

It’s a duality Pete explores candidly in a blog post that followed the sale of Fullers to Asahi, writing on the separation between his beery heart and his analytical brain.

When it comes to marketing for smaller breweries, Pete still attaches great importance to the manner in which breweries try to sell their beer, even if that’s changed drastically over the decades he’s spent as a close observer of beer.

“Twenty years ago, successful beer marketing was who’s got the funniest TV ad and who’s got the biggest budget to slap it everywhere,” he says. And he's well placed to comment, with a CV that includes time working with Heineken and Stella Artois (see below for an example of the latter's "Reassuringly Expensive" campaign with which he was involved).

Since then, advertising audiences have fragmented, with fewer and fewer people sitting around together to watch television each night and, as a result, mainstream advertising has lost much of its significance. But, Pete says, large breweries also didn't help themselves.

“I’d never seen such tribal, loyal behaviour as what I saw around beer brands; you’d never see that anywhere, except maybe for football teams,” he says, before explaining how large breweries undermined that loyalty by commoditising their beer.

“Brewers switched their budgets into price promotion,” he says. “So, you’ve got all these massively brand loyal people and you train them not to be brand loyal anymore but to just shop on who’s got the cheapest deal that week, and it changes on a week by week basis.

“Within a decade they destroyed some of the most powerful brands the world had ever seen; it was just a massive act of self-harm.”

Pete says that, by comparison, the passion of people working for small breweries and their ability to connect to drinkers in real time through social media is an opportunity – one that can enable them to run rings around even the heftiest marketing budgets.

“So, when you get Big Beer becoming so commoditised and being shopped on price and availability and not much else, that allows craft to come in just at a time when social media is happening,” he says. “Successful marketing now is done online and in real time and is done with experiential marketing and you don’t have to have a big budget to do that.”

Whether it’s through can design, events or maintaining a consistent tone of voice on social media, breweries are constantly marketing, Pete says. And, even if, like his own beery heart, craft beer drinkers are driven by a love and passion for beer, marketing still matters.

“When people say they don’t buy based on brand image, I think they’re liars,” he says, “to themselves if not to other people.

You can find out more about Pete via his website.

And you can grab tickets for BrewCon and The Indies here. As the beer landscape in Australia becomes ever more crowded and competition intensifies, it's not enough simply to brew good beer. How a brewery presents itself and its beers is perhaps more crucial then ever before, so we're addressing branding as our second "Big Issue" topic. read on 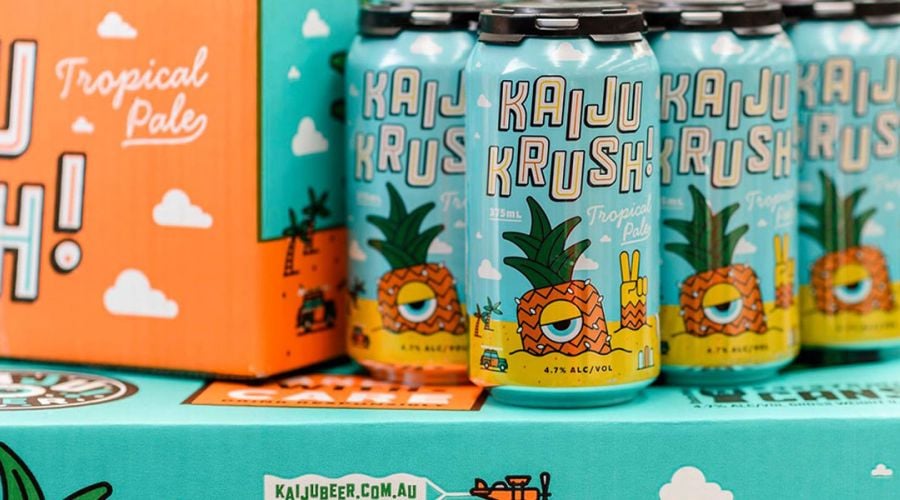