The town of Ballina lies on the far north coast of New South Wales, situated at the picturesque spot where the Richmond River meets the Pacific Ocean. This most northerly stretch of subtropical NSW coastline is known primarily for its stunning beaches and the lush green hills of the hinterland.

However, for those wishing to add “locally brewed craft beer” to the list of attributes, the choice hasn’t exactly been huge of late with just one independent brewery operating in the region (Stone & Wood, you may have heard of them, they’re kind of a big deal) as well as one of Lion's growing band of regional brewpubs, Byron Bay Brewery.

Perhaps the runaway success of Stone & Wood intimidates any potential newcomers, or perhaps the lure of the surf is stronger than that of a hot brewhouse; whatever the reason, the Northern Rivers’ recently gained a second indie brewery in the shape of Ballina’s Seven Mile Brewing Co.

It's a family-run affair with head brewer Matt Wilson taking control of production and his father Lou handling the business side of things. Being a very young business, it’s all hands on deck to keep things rolling – on the day of our visit Lou was manning the bar, Matt was filling kegs in between collecting glasses, and younger brother Jake had also been collared for a shift.

Considering they’d only been operating for around eight months at the time, they’re off to a flying start, presumably helped in no small part by the excellent quality of the beer. This is no “I reckon my homebrew is awesome” type of venture: Matt has proper pedigree. He first cut his teeth at the original incarnation of Sydney’s Riverside Brewing Company and followed that with a stint at Manly’s 4 Pines.

Positioned in an industrial estate (a subtropical industrial estate, mind you), Matt didn’t have huge expectations for the amount of passing trade they’d get. However, given this particular industrial estate is within spitting distance (260 metres to be precise) of the diminutive Ballina Byron Gateway Airport, the Seven Mile Brewery is perfectly placed for those either on their way to or from the airport.

Matt reckons this has been a big part of why his projected three kegs per week turnover quickly became a 20 kegs per week reality. In fact, such is the success of their own venue that they currently only supply a few others in nearby Ballina, Lennox Head and Byron Bay.

The venue itself is a large and airy industrial building with floor space evenly divided between the brewery and the uncluttered, no-nonsense bar. The seating area is furnished with rustic tables locally made from recycled timber. The local theme extends to food options too, with punters kept well fed by a varied roster of local food trucks. For the stainless-steel nerds out there, Matt brews on a 12hL Premier Stainless brewhouse with the cellar comprising 12hL and 24hL tanks.

The Seven Mile core range consists of four beers: Australian Summer (sold out during our visit), a light and superbly drinkable Cali Cream, an American Pale full of piney US hop character, and their excellent West Coast IPA. The WCIPA gets a special mention as it garnered a gold medal at the 2018 Indie Beer Awards even though the beer entered was a pilot batch that Matt was intending to improve upon.

As well as the core range, there are four taps dedicated to seasonal releases. Matt isn’t brewing anything “too crazy” at present as he first and foremost wants to impress and satisfy local palates. Having said that, the seasonal beers pouring on the day we visited are a Black Lager, a 9.2 percent ABV Belgian Tripel, a Rye IIPA (the standout for this scribe) and a Hazy Session IPA with real mango, passionfruit and lactose. So perhaps he means crazy by current craft beer standards rather than regular drinkers’ standards...

Before you rush out to your local bottlo, packaged beer is currently limited to one litre CANimals, which are filled to order at the brewery tap. However, in the coming year, Seven Mile are looking to get more beer out to more people with the arrival of a new canning line as well as more fermentation tanks. [And we're hoping to entice them to send a few kegs to Melbourne for Pint of Origin at Good Beer Week... Editor]

Because it is the perfect mix of science, passion and creativity. There is no mastering brewing as far as I am concerned. There will always be a new idea, concept or experiment to be done which drives innovation forward.

Even if you prefer traditional styles, there are over 5,000 years worth of brewing techniques and recipes to master; you simply can’t know everything there is to know in brewing.

Back in 2010, Sierra Nevada Pale Ale was my first “real” craft beer. I was over in the USA for work and asked the waiter to “surprise me” with a beer choice. I was indeed surprised as I had never tasted anything like it.

Lou has lived at Lennox Head for 25-odd years now. We wanted to call our brewery something the locals could relate to, without being simply “Lennox Head Brewing Co” or “Ballina Brewing Co”. Seven Mile Beach is the name of Lennox beach.

Definitely our West Coast IPA. It’s big and unapologetic in its hop intensity. We love the IPA style in all of its forms, so they are what we enjoy brewing the most.

This is a little embarrassing, but I don’t have that much in my fridge currently as I am enjoying an affair with Australian and Japanese Scotch.

I have most of the releases from Wildflower from the past nine months or so, some homebrewed sours, a few cans of our Rye Don’t Know IIPA and some Blackout Lager.

I live in a fairly small market for local beers and, to be honest, I don’t get out of the brewery much to see what’s out and about. I always enjoy what Black Hops are putting out; their G.O.A.T was quite nice last time I had a can.

At the moment it is a bit difficult. Our canning line is expected to be commissioned some time in March. Once it is up and running, keep your ear to the ground as we hope to get out into bottleshops in Northern NSW, and SE Queensland very quickly. We will follow that up with stock for Sydney once we can guarantee supply.

It’s such a difficult question. I thought I knew the answer this time last year when we were still building. Put simply, I wanted my business to still be open. The growth and support we have seen over the past six months has been nothing short of astonishing.

I basically want to build this brewery along a similar model to Russian River in Northern California. I want to be making small batches of great beers that people visit the region to taste and enjoy. That doesn’t necessarily mean building a second facility, in fact it’s probably a reason not to.

I guess I just hope we are a respected and celebrated business in our local community and the greater independent beer community.

About the author: Chris Brady hails from the north of England but migrated south two decades ago, moving from homebrewing to pro brewer in 2013. He's currently head brewer at Holgate Brewhouse in Woodend. In his last Best New Beers roundup before he heads back to New Zealand, Nick Oscilowski commandeers the votes of many to land upon a list that flits from barrels to peat to the rainforest and back – and even includes a humble pilsner. read on 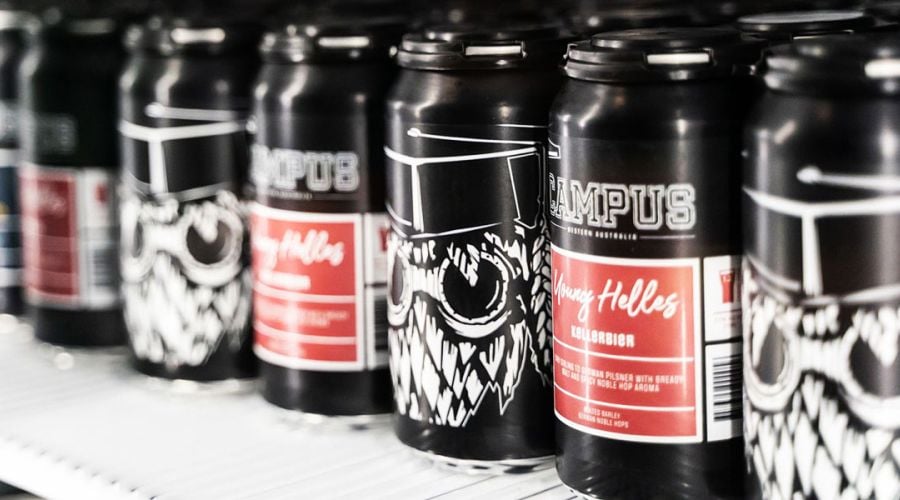