As the craft beer scene has grown across Australia, the focus on where the beer in your glass has come from has grown in tandem. More brewers are sourcing ingredients locally and forming partnerships with small producers, whether in an attempt to give their beers a distinctive flavour, to highlight the relationship between beer and the land, or to help spread the beer world's sense of community right back to the source.

One of those small producers whose work is appearing in a number of beers is Provenance Flour And Malt, a New South Wales based operation using regenerative farming techniques to nurture the soil they use to grow their grain and eager to create a sense of pride for farmers in regional areas.

“I wanted to make sure that there was a relationship and an identification of farmers who really practiced regenerative agriculture techniques and who support their local community," says founder John Campbell (pictured above right). "And I wanted to get that relationship between farmer, brewer and consumer."

He adds: “We're the first in the supply chain and we view it as a supply circle. Once you start viewing it from people to people you gain a different perspective on things. With social media and that identification of not only who the farmer is and what the variety is, but also what community he comes from.”

John worked with Keith Grice at Hunter Brew Co to create the Provenance Ale, using a heritage variety of barley.

“The ingredients that brewers use have character because they come from different locations," Keith says. "Having a relationship with a farmer who can point to a paddock and say, 'This is your barley' adds another layer to our beer story.

"We’re passionate about making beer that tastes great and being able to share with our customers the story behind the beer: heritage ingredients, where the ingredients were grown, the name of the farmer growing the barley can add to the experience of enjoying a beer.”

The collaboration came about when John walked into the brewery one day.

Says Keith: “My first reaction was, 'This is another rep trying to sell me something', but the more he talked, the more I was thinking, "This is floating my boat'. Sustainable farming practices, heritage ingredients, small businesses working together, having a relationship with the people who grow the ingredients we use to make our beer.

Creating this sense of community is something that is important to John too.

“We select farmers on three criteria," he says. "One that their prime driver for their work is their care for the environment. Two, that they support their local community and, three, that they have the capability and the velocity to manage the integrity of the product and manage the quality and the arbitration away from the field to ensure the continuity of the quality of product.

"Then you have the maltser and brewer. Further around the circle you’ve effectively got the consumer, so local communities can have a relationship with other local communities even though they may be a long distance apart.

John also highlights the effect this community feel can have for farmers and their mental health, something that often goes unrecognised.

“You can't underestimate the value to the support of mental health that these sort of things give," John says. "It's bloody tough being a farmer!

"It can be quite a lonely, solitary pursuit. Mental health issues are pretty significant in the farming community because, ultimately, they're at the whim of the seasonal conditions and they just do the best they can. And that's why it's so important to support these farmers that practice regenerative farming techniques.

"That's where it's important that they can see that's our grain and you can't put a value on what that does. It's something that people tend not to recognise but it really makes a difference.

“Ultimately I think what we're doing is really supportive of mental health in rural areas. Not only does the farmer get some recognition for what they're doing but the whole region gets some recognition and some pride that, you know what, that's our grain. With every sip of these sorts of beers we're supporting the local community.”

In the days before the rise of small scale craft brewing, the malt supply chain was geared towards increasing the amount of yield, which could be at the expense of flavour.

Keith says: “One of the positives of Provenance Malt is the use of heritage ingredients. Modern varieties of malt have been bred for yield rather than flavour, and the industry has done that very successfully – yields are up an amazing 40 percent over the last ten years. This increased yield has been at the expense of flavour; older varieties of barley tend to have a lot more character, which makes for tastier beer.”

“It makes for better beer for a brewer to have a close working relationship with the people supplying our ingredients – if the goal for a brewer is to produce great beer, the brewer is reliant on their suppliers for quality ingredients.”

He's added a mid-strength using 100 percent Provenance supplied malt to the Hunter lineup, a British style bitter and designed to showcase the malt flavour alongside an Australian heritage hop variety.

"We’re also trialling the malt in our take on an Aussie Pale ale – pairing the malt with modern varieties of Australian hops to make a light coloured, light bodied, crisp beer with passionfruit, melon and a lingering lemon-flavoured bitterness,” Keith adds.

For John, his latest project was a beer brewed especially for his daughter’s wedding day with 4 Pines.

He said: “We’ve brewed a beer with 4 Pines using Provenance Single Origin Moree Gairdner Ale Malt for the wedding. The Gairdner barley was grown by Andrew Crowe and Peter Weal at Moree and was malted by Powell’s.

"We gave my son-in-law naming rights to the beer and as he's a very keen cricketer, quite a successful cricketer, [so] he named it the Maiden Over. [It's] currently on tap at the Truck Bar in Brookvale and I believe it’s had some very good reviews and I think they have some plans to put it in on in the Manly outlet.”

You can find out more about Provenance Flour and Malt here and check out other features in The Collaborators series, including those on other small scale maltsters, here. 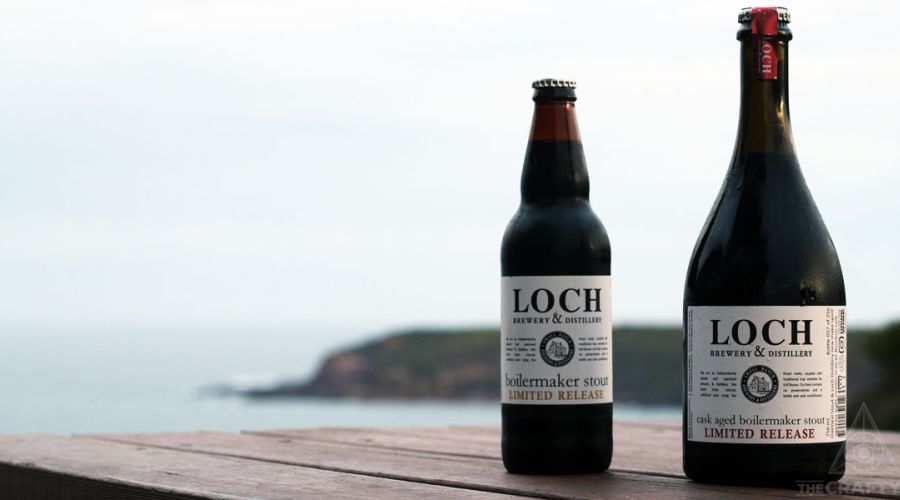