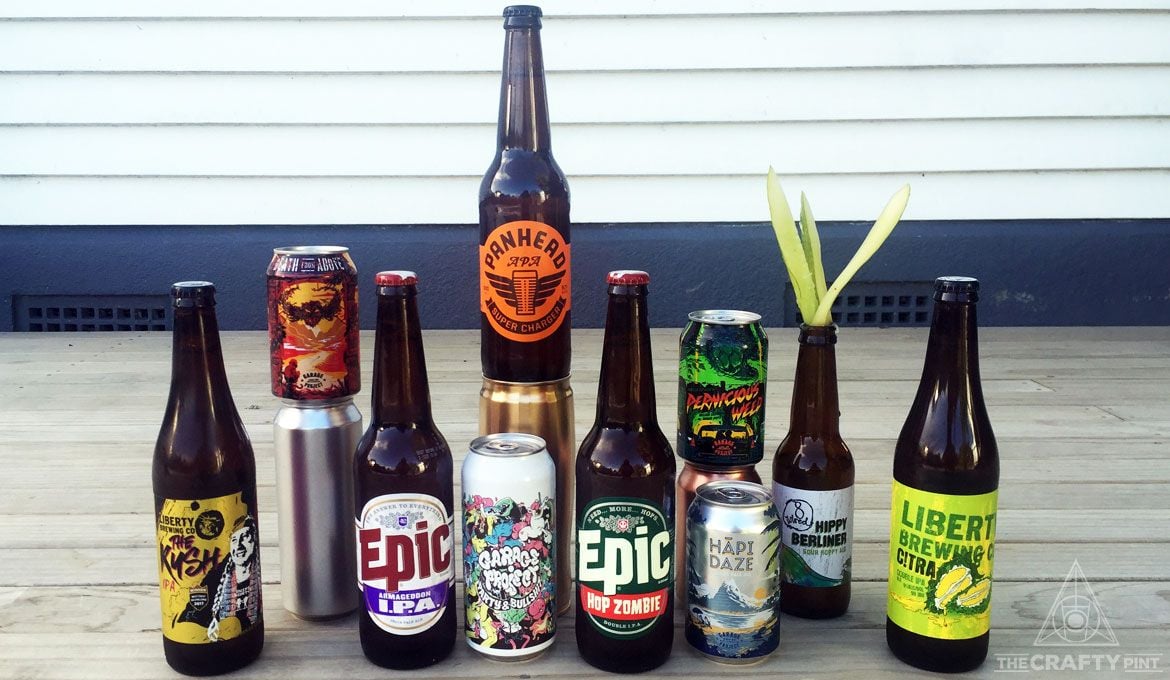 If there were any questions as to whether Panhead’s 2016 acquisition by Lion would have some sort of lag effect and diminish the popularity of its beers with drinkers (as appears to have happened with some of the most recent acquisitions in Australia), the answer would appear to be a resounding: “No!” – at least with regards to its flagship super hoppy Supercharger American Pale Ale, a beer that's has grown into a bona fide national brand.

Hoppy beer styles were the dominant presence on the podium, and indeed much of the rest of the list, where the prolific Garage Project took second and third (not to mention 17 other positions). But, as always, the pointy end tells just a fraction of the story.

You’ll find the full list of results here but below we’ve done a little digging into some of the big movers, key trends and other talking points.

All good in the Garage

The Wellington brewery that can do no wrong duly did nothing wrong – except, perhaps, fail to take out the number one spot. Still, Garage Project ended up with 19 beers in the top 100, which equalled last year’s haul. This included two on the podium – one of which had been withdrawn from production during the year – and four in the top ten.

To put that overall result into perspective, there are plenty of other brewers on the list who wouldn’t have released 19 different beers in a year. But for the reigning Brewers Guild of New Zealand Champion Brewery, it’s just business as usual.

What room for the rest?

With 42 of the beers coming from just three brewers – 19 for Garage Project, 13 for Behemoth and ten for 8 Wired – the rest of the country was left scrapping it out for just over half the remaining spots. Yet, in total, the list still featured 28 different breweries and brewing companies – up one from last year.

You can read our interview with Andrew Childs from Behemoth on Monday.

Unlike some contract brands whose attempts at an authentic story and polished veneer can’t help but set off the bullshit klaxon, Wakachangi both mocks and mimics the blokey marketing found in parts of the beer world to such a degree that the parody becomes quite endearing. And damn if it isn’t popular too, with the brand fronted by comedian Leigh Hart and brewed by McCashin's crashing into the poll in eleventh spot – the highest new entry behind Liberty’s The Kush.

It just goes to show that beer need not be complicated to be successful in the modern marketplace. All you really need is a centuries old recipe concocted by Portuguese nymphomaniac monks and for it not to taste “like wees that had been put through a soda stream”.

Look out for our interview with Leigh on Monday.

Skewed against the South

Despite growing pretty much all of New Zealand’s hops and malt, South Island brewers contributed just eight beers to the final list – two fewer than the previous year. They were made up of five from Emerson’s (including one collaboration), one from McCashin’s (the Wakachangi), one from Harrington’s and a sole entry from Moa. Granted, around three quarters of the population of New Zealand lives in the North Island but, given the history and quality of some of the breweries and beers from the south, it seems a shame to see such the ledger so skewed.

What’s behind the relative slump? Who knows. As Our Man in NZ suggests, it could be that many of the brewers there favour more traditional or English style beers over the on-trend hazy IPAs and fruit kettle sours. Or it could be that, despite an ability to churn out champions at various competitions in recent years, they’re missing a real “rockstar" brewer upon which to shine the light. As one South Island beer distributor put it recently: “We’re like your favourite pair of Levi’s – comfortable, never in fashion, but never out of fashion.”

What a difference a year has made for the Deep Creek Brewing Company. In the 2016 list, the Auckland outfit was nowhere to be seen – fair enough too, considering their focus for a long time was their own brewpub. Then the brewery began canning its beer and got properly plugged into distributing. Then they went and won the Champion International Small Brewery at the 2017 Australian International Beer Awards, propelling demand on both sides of The Ditch.

The result is four beers in the list – the highest placed at number 20 – capping a fine 2017 for the Browns Bay brewery.

Of the country’s two major brewers, Lion and DB, it’s the Japanese-owned former that’ll be the happier thanks to the performance of its craft brands. They picked up 11 spots in total: Panhead's "Upper Hutt Fanta" was number one again while contributing four beers to the list (albeit down from six and with the other three having slipped considerably in the rankings), Emerson’s improved on its three beers from last year with five this time and the ever reliable Mac’s got two appearances.

It's a haul that compares favourably with its long time rival, the Heineken-owned DB, which earned its six placings by way of three from Tuatara (down from seven and with a highest placing this time of 31), two for Black Dog and one for Monteith’s.

Add to that a beer from Asahi-owned Boundary Road and 18 spots on the list are occupied by multinational operations – rather less than in the Aussie list following AB InBev's 2017 shopping spree. In this changing face of the old guard, it’s becoming easier to see the upside of a strategy that encompasses multiple brands and benefits from economies of scale, wide distribution and the ability to hit consumers at different price points.

In last year’s poll, the Wellington region edged out Auckland in the bragging rights stakes, home to 42 of the highest ranked beers as against the latter's 40. But this time around it was the City of Sails that stormed home, with its brewers responsible for 48 beers versus the capital city’s 34 – and with Garage Project single handedly responsible for more than half of those. After threatening for many years, perhaps the sleeping giant has truly woken?

You can find more Hottest 100 coverage here and on the GABS website.

Thanks to Jono Galuszka for the top ten family shot at the top and for getting creative when he could only find Hippy Berliner rather than its Cucumber cousin. Maybe there's as much of the data nerd as the beer nerd within the Crafty team but we do enjoying taking the Hottest 100 results and seeing what, if anything can be surmised. And here's what we came up with from the 2018 results. read on