Stone & Wood's Ed Bodey has a job that not many people could put on their business cards, but one that may become more prevalent in craft beer in the years to come. As their Draught Beer Specialist, he travels the country making sure Stone & Wood's beer comes out of the tap exactly how the brewery intended, and works with bar staff to ensure they know how to look after it.

Although based in Brisbane, each month Ed travels to different parts of Australia to work with the Stone & Wood sales team, providing staff training, sensory training, and cellar assessments to venues to make sure their beer knowledge is hitting the mark. While the aim is to ensure fans of the brewery's beers receive them in the best possible condition, it's advice and work that benefits anyone with beers pouring at those venues.

As he explains in the latest entry in our Day in the Life series, no two venues are the same, but they all share one thing in common: they all love what they do.

The Monday we set out with Ed Bodey and Ross Ryan from Stone & Wood started on a familiar note for beer reps: unexpected traffic and delays due to Melbourne's West Gate Bridge being closed. A planned morning cellar check at a Carlton venue was moved to the end of the day, and a staff training rescheduled for later in the week. As the Bard of Ayrshire once said, the best laid plans gang aft agley.

Ed is used to rolling with the punches when travelling outside of his home base of Brisbane. He teams up with the sales team in the city he's visiting, and builds a day based around staff training, venue visits and sensory training for beer servers keen to refine their knowledge. He might have four trainings in a day, or be spending his whole afternoon testing gas lines at bars.

A former employee of Fuller's in London, Ed has spent years refining his knowledge of beer systems and furthering his understanding of beer faults. Those skills are used to full effect as the Stone & Wood Draught Beer Specialist, with the aim of ensuring that the Pacific Ale or Green Coast lager in your hand is as good as it can be.

Why was your role created and what does it involve?

EB: We’ve identified a need for someone to be out making sure that the beers are getting to the venues and consumers in the best possible state. I work a lot with our road crew [sales team] visiting venues and doing trainings, but the role is very different and changes for every venue we visit. Some venues will want training, others will want to get into sensory stuff [training to find beer faults], others just want you to come in and have a beer and let them know that they’re doing a good job.

We sell most of our beer in our backyard, which is the Northern Rivers of New South Wales and South East Queensland, so I spend most of my time going between Brisbane and Byron Bay. When in Brisbane I'm doing the same things I do in Sydney or Melbourne on visits, but don't get stuck in quite as much traffic!

What attracted you to this job when it came up?

EB: I was over in London at Mother Kelly’s [a London craft venue] and they had a couple of bottles of Pacific Ale in the fridge. I tried one beer and applied for the job, saying: "Get me to the Northern Rivers as soon as you can."

A little bit of my role is to help our road team advance their skills so there’s less need for me to come down and help do it. If I do my job well enough, I'll put myself out of a job!

How does the sales team decide on venues that will receive extra training when Ed is in town?

Ross Ryan, S&W Sales Manager: It’s a long conversation with venues to identify the guys who might really get something positive out of training, or who really need training. It’s a combination of somewhere that may not need it but will really get something out of it, and venues who need an extra hand.

You identify venues that you’d love to host a training with to get them feeling more comfortable with the products and give them an understanding of how to look after it. It’s always hard to get publicans to agree on a time to sit all their staff down, but it’s worth it when it comes together.

There are other venues where it’s not so much about our beer, but it’s about looking at their cellar and bringing in someone who’s a bit more qualified to assess the cellar and make any small improvements that can be made without having to call on their external contractor.

We’re not in there trying to sell them something, we’re just in there trying to help. Having Ed's skills in cellar management as a service we can offer is our way of adding something extra. We can't buy your taps and we can't fix up your beer garden, but we can host a training or give your cellar a once over.

Are there any similarities in the venues that stock Stone & Wood?

EB: Our team does an exceptionally good job of making sure the venues we work with share a love for good, independent beer and are aligned with who we are and what we value.

You’ll find that our drinkers enjoy drinking in other, similar pubs to their local. Our drinkers know good beer, so when the beer isn’t perfect, the venue will hear about it. It’s not a bad thing at all. We love that we’ve got such brand loyalty that we’ve got people searching out our beers and wanting them to be up to standard. They will let you know if they don’t think they’re perfect, and it’s the same with the venue managers themselves.

It’s up to us as an industry to make sure the beers are tasting as good as they possibly can to maintain the integrity of the beer movement!

What are some of the difficulties you come across in your job?

EB: There aren’t really that many great difficulties. If you go out to see a venue and you think there’s a way you can help them have better beer, whether it’s through sensory training or good beer training, or helping out by making small adjustments in the cellar, they are usually pretty open and receptive to it. It isn’t often people aren’t open into making things better.

Venues will sometimes truck on with something that’s not right, just because that’s the way it’s always been – the idea of "that tap’s a bit shit, but it’s always been a bit shit", rather than asking why it’s leaking or pouring too fast, and how it can be fixed. But even that is getting better, and people are starting to question things and ask for help.

RR: There are a lot of venues getting involved in this "thing called craft beer" without having much understanding on how to look after it. A lot of that comes down to there not having been much industry training around beer for a while.

Some of these venues haven’t really dealt with unpasteurised beers and might think it’s OK not to clean your lines for two or three months. But it’s not; the product is actually going to suffer. If you go back ten years ago, you’d put a beer on your taps and it would just stay there. Now, you might have four rotational taps, so the turnover is much higher and that requires closer attention to be paid to the quality of the beer coming through the lines.

Some of the pubs we are dealing with aren’t necessarily craft beer focused pubs – they might just be dipping their toes in the water. They might have some Two Birds, Mountain Goat, 4 Pines or a Stone & Wood beer on. It’s their way of building an understanding of the product and you've got to be able to help them along that journey.

What’s your favourite part of your job?

EB: Being able to spend every day getting out and visiting new people and seeing new venues. It’s meeting the passionate people running those venues and seeing how our beers are doing, and listen to them talk about their beer and why they love their venues.

It’s really easy to get stuck in your ways when you’re out on the road all the time, so meeting some of these people is incredibly inspiring. Listening to their stories and understanding why they’re out there doing it makes it continually interesting and reminds me why I started in the first place.

What’s your least favourite part of your job?

Where do you see the industry going in the next few years?

What this does for the industry is that it pushes us all to strive for incredible quality, consistency and to make bloody great beer!

Trend wise, it's all about bigger is better at the moment but we are also seeing a resurgence and appreciation of well made and balanced lagers that are have nuanced flavours. As more drinkers are introduced to the category, they're going to want to try all the weird and wonderful beers out there but they will still come back to their handful of favourites

Thanks for your time, Ed and Ross. With more and more new beers hitting the market every year, quality of product will become even more important, as will the knowledge of the staff serving it.

Check out other Day in the Life features here. Stone & Wood today confirmed plans for a $50m brewery expansion at their Northern Rivers home. The proposed two-year project includes a 200 hectolitre brewhouse and a visitors centre. read on 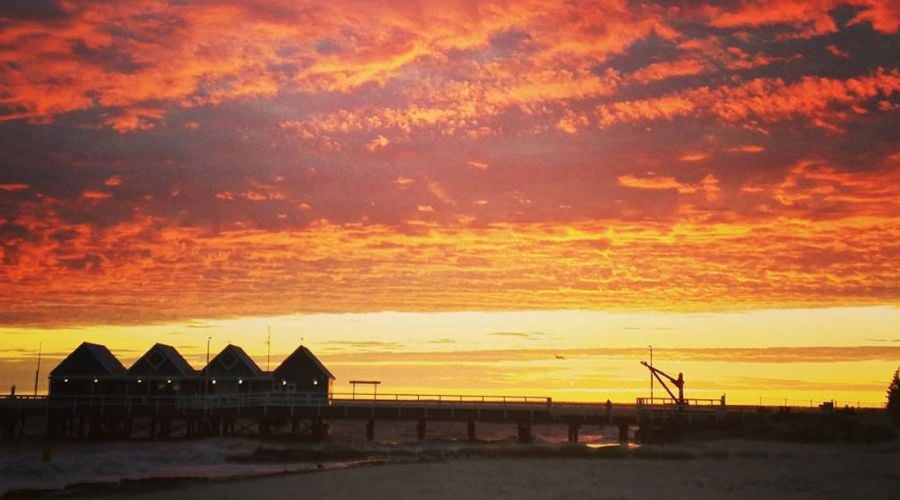