After making the move from Wellington in New Zealand to the foot of Mount Wellington in Tasmania, Wayne and Naomi Clarkson have become the latest brewers to join Hobart’s booming craft beer scene. Inspired by Pacific and American style beers, the Clarksons have set up Fox Friday in Moonah, a suburb in the north of the city, where they opened their doors to the public for the first time on May 20.

They did so armed with two launch beers: Bombshell Blonde and Bangarang Brown.

“We’ll hopefully fill in the colour spectrum as we go along,” says Wayne. “We’ve designed the brewery with room to expand, and we’d like to grow the base range eventually but at this scale it’s logistically difficult.

"We’re just going to do things at our own pace, and at the moment we’re aiming for consistency rather than doing a lot of experimenting or playing around.”

The Blonde is a light, summery ale fermented with lager yeast that features citrus, passion and stone fruit flavours, while the aim with the Brown is to balance the heavier flavours, such as coffee and chocolate, with fruitier, spicier hops. In both cases, Wayne and Naomi are hopeful they're beers with wide appeal.

Once settled in and with time to play, they’ll be selling smaller, experimental batches under the Prototype banner, seeking feedback from customers about which beers should make it into the main range.

“Feedback is so important,” says Naomi. “Our brewery has been seven years in the making and neither of us come from a homebrew background. We approached it very much from a commercial viewpoint and spent a lot of time researching and learning and tweaking.

"One of the things we did was enter a lot of our earlier batches into competitions so we could get that feedback from judges about what was working and what wasn’t. There were one or two pretty dodgy brews in the early days, but we set very high expectations for ourselves and we’re committed to the process. There will always be something more to learn.”

Wayne and Naomi moved to Australia from New Zealand as a result of the Global Financial Crisis, and they feel they landed in Tasmania at the perfect time.

“We knew we wanted to run a small business together, rather than being stuck behind a desk forever,” says Naomi.

“We were living and working in Melbourne, and once we’d decided to set up a microbrewery we considered moving back to Wellington, but the craft scene there was already booming and we would probably have struggled to get established. Melbourne didn’t really suit us either – although when we were brewing experimental batches in our duplex apartment during a Melbourne summer we certainly learned a lot about refrigeration – so we ended up moving down to Hobart.

"We love Tasmania and it feels like home. Hopefully we’ve got a good chance of succeeding here.”

Throughout the long process of building the brewery, both Naomi and Wayne have been working full time jobs. Wayne is an architectural draughtsman and says that his background has been hugely valuable.

“That architectural training means that I’m good at focusing on the details,” he says. “We didn’t buy a brewery off the shelf, we spent six months doing intensive research and then built it piece by piece. It’s really been just the two of us at every stage of the process. We’ve been very hands on with everything from the brewing to the branding.”

“In the longer term it would be great if we could work on the brewery full time,” says Naomi. “Or even if we could focus on that for the majority of the time and just supplement it with a couple of days work each week. We both really want to spend our time doing something we love, and feeling like we’re actually creating something.”

Now that word is starting to spread about the brewery – both among Hobart locals and on social media – the Clarksons are starting to feel the pressure to deliver the goods.

“There aren’t a lot of bars here in Moonah,” says Naomi. “That means that the people from surrounding businesses who have spotted us are really starting to express an interest.

"We’re in a great spot because a lot of the local food trucks park over the road from us, so we’re hoping people will come in and buy a bottle to take away and share with their food. The fact that there have been so many breweries opening in Tasmania recently also means that there’s been some interest from the more hardcore drinkers: the craft beer enthusiasts.”

Those that do head to Fox Friday to find out more will find a cellar door offering takeaways and tastings, but no bar where they can sit down and spend the afternoon or evening. That said, the tastings are on the house.

“We’ve got some great little glasses for doing tastings with,” says Wayne. “As well as the tastings, which are on us, we’ll be selling 640ml bottles as singles and as four packs. We really want our beers to be seen as sociable drinks, and as something you enjoy with a friend.”

The Fox Friday cellar door is currently open for tastings and the purchase of bombers and share packs from 3.30pm to 7pm on Fridays, but the plan is to extend this to other days soon.

About the author: Ruth Dawkins is a writer who comes from a tiny island in the north of Scotland. She moved to Tasmania, where the cold winters, beautiful light and generous measures of whisky make her feel very much at home. She tweets and blogs as DorkyMum. 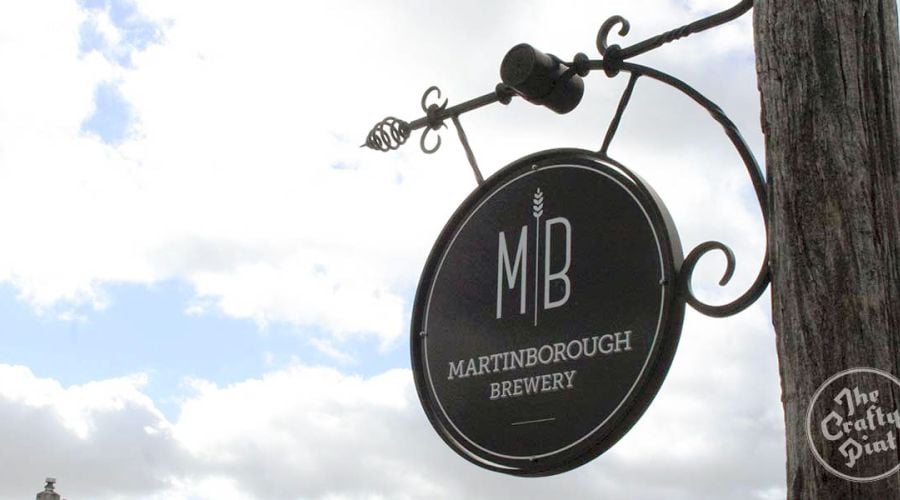